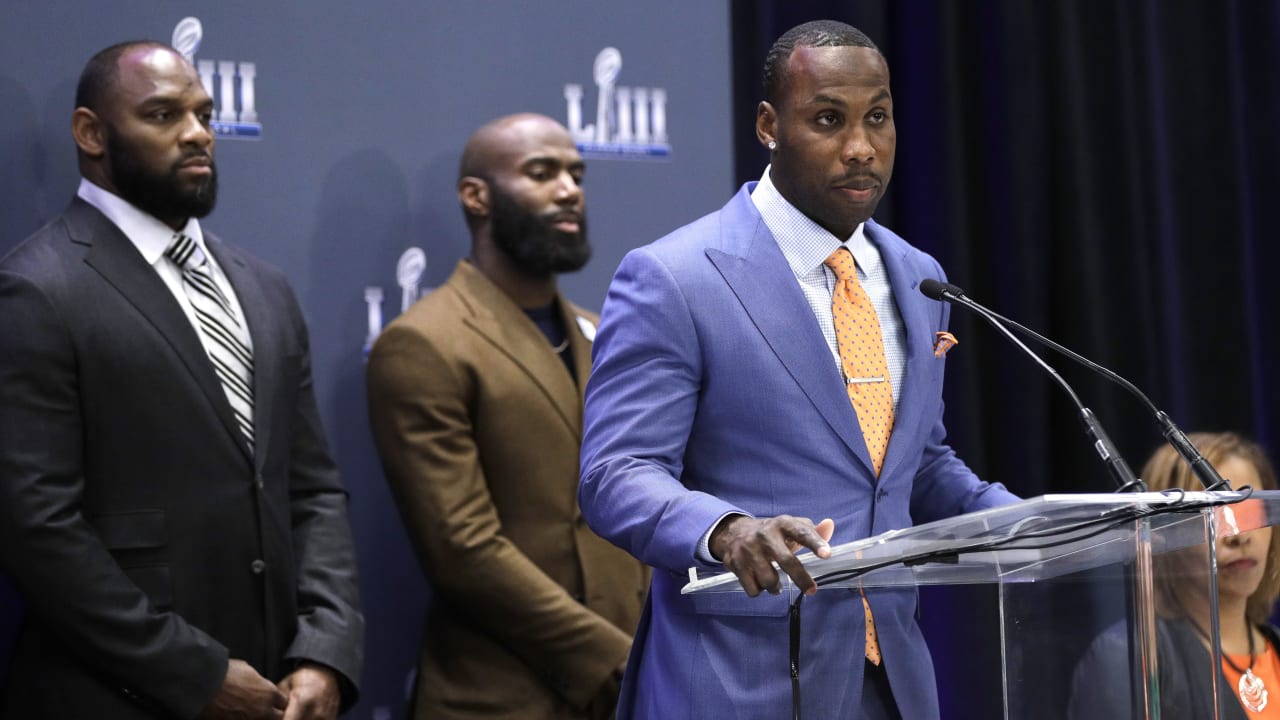 Anquan Boldin isn’t sure how many people exactly are involved with the Players Coalition at this point. It was only four years ago that the former wide receiver and a mere handful of his NFL peers first approached the league to discuss criminal justice reform.

“Initially for us it was just trying to get the attention of those that were in position of power,” he said. “Hey, we have a problem here. Let’s address it. … Now it’s spreading across all the leagues.”

That would be an understatement. From players in the NBA, MLB, WNBA and the NFL taking action and electing not to perform while eliciting community-based measures from their respective organizations, the fight for social justice in America has taken center stage in sports this summer.

It invigorates Boldin, who appeared on this week’s episode of the Huddle & Flow podcast with NFL Network’s Steve Wyche and Jim Trotter to discuss his drive in founding the Players Coalition as well as its evolution in light of recent leaguewide initiatives supporting change.

“What is happening now was the vision,” Boldin said. “In this country there is no greater platform than the NFL. I haven’t seen any other league, any other company, whatever it is, draw the kind of attention that the NFL draws. You just look at the Super Bowl in itself. There’s nothing bigger than a Super Bowl in this country. … there’s no other platform like what the NFL has. And for us it was, yes, we want your dollars to go into the communities that we come from because a majority of the players in the NFL come from pretty much low-income communities. So we felt like it was investing in pretty much the future of the NFL, but also we want to use all the resources available to the NFL. We want to use your marketing. We want to use all the connections that you have to make this as big as possible. You have 32 billionaires in the NFL. You have Roger Goodell, who many look at as the face of the NFL. And every time he speaks, he speaks for the NFL.

“So if we can get these people behind us, talking about the same things we’re talking about, pushing the issues that we’re pushing, I think we’ll be able to make change in this country.”

The Players Coalition was effectually birthed during a visit to Capitol Hill in 2016 and has preserved its presence on the national stage ever since. In May, Boldin and Co. effectively petitioned the FBI to investigate the killing of Ahmaud Arbery in Georgia. Among the names listed in their letter to U.S. attorney general William Barr and FBI director Christopher Wray were Tampa Bay Buccaneers quarterback Tom Brady, NFL EVP of football operations Troy Vincent and Golden State Warriors coach Steve Kerr. Boldin said more than 1,100 people signed the memo.

Two weeks later, the Arbery family’s attorney said the FBI was on the case.

In June, more than 1,400 players, coaches and executives across the three major professional sports leagues put their names behind the Amash-Pressley bill to end qualified immunity for police officers and other government officials. For Boldin, though, the size of the movement will always take a back seat to its purpose.

“I’m proud of the fact that we’re bringing about change that is so desperately needed in this country,” he said. “We’ve talked about it. When you talk about marching and protesting and you talk about civil rights and you talk about the ’60s, you look at how much we thought we had accomplished from that point and then here we are in 2020 and we realize we didn’t even make a dent. There’s so much that needs to be addressed in this country. I don’t want it to be a situation where we don’t take advantage of what’s happening in our country right now and then 40, 50, 60 years later you have people that have to come behind us and take up the same torch.

“I want to make sure that we do as much as we can right now, that we make as big a dent in the things that’s going on in this country as possible, so that my kids, my grandkids, my great-grandkids, they don’t have to fight the same fight we’re fighting now. That is my goal.”

You can hear the full interview on the latest episode of the “Huddle & Flow” podcast hosted by Steve Wyche and Jim Trotter. Download it on Apple Podcasts, Spotify or your favorite podcast provider.

NFL Week 10 Predictions: Our Picks Against the Spread – The New York Times