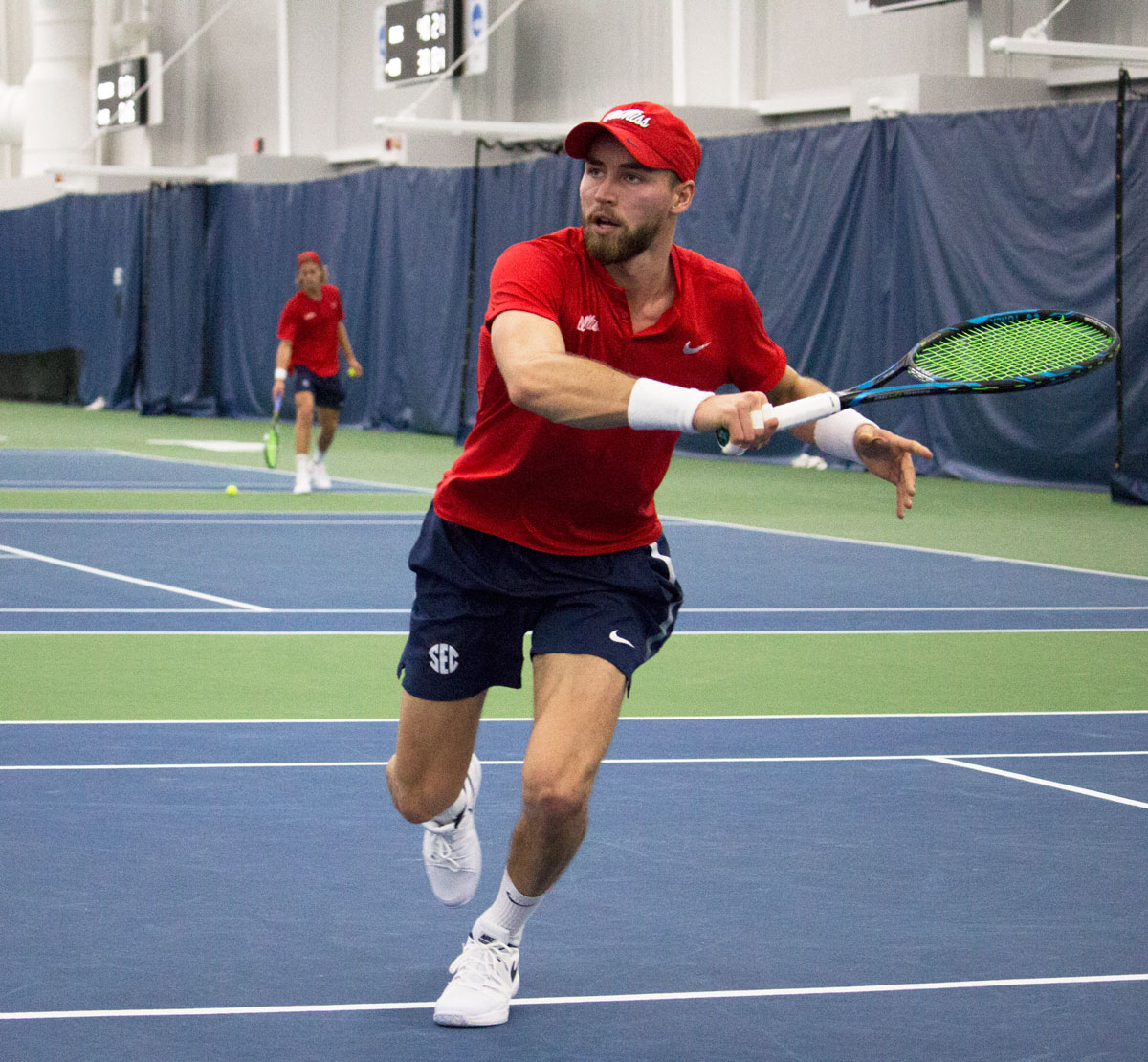 While the Southeastern Conference (SEC) established its own new guidelines for the fall tennis season, Ole Miss-specific procedures have changed this year as well.

The newly reopened Palmer/Salloum Tennis Center now requires all players to have their temperatures taken prior to entry, and a coach must be present at the gate.

“We (tennis players) can’t just go and do it anymore, someone has to come and open it for us,” Ole Miss tennis player Tim Sandkaulen said.

The team will return to practicing five times a week beginning the week of Sept. 14. This will be the first time the team returns to a normal practicing schedule since the pandemic started and the team’s season ended abruptly in March.

The Rebels, ranked No. 11 in the country, ended with a 10-4 overall record after losing their last match 4-3 against the University of Tennessee on March 8.

“It was a bummer for us because we had great chemistry on the team and we were playing well,” Sandkaulen said. “Before our first SEC weekend at home, they shut us down, and that was frustrating.”

Head coach Toby Hansson released the fall schedule on Sept. 8 with the season opener in Auburn for the Auburn Invite from Oct. 2 to Oct. 4.

However, traveling to states beyond the SEC is prohibited this fall season, as well as traveling to tournaments in the days before the initial match. The team must also adhere to social distancing guidelines on travel buses, which may result in more buses being taken.

“All I want is to play as many matches as possible,” Sandkaulen said. “The last time I competed was against Tennessee. I just want to get back into the competition mode. You can practice all you want but you just can’t imitate that feeling.”

With only three players currently here in Oxford and the team having rested longer than usual, expectations for this fall season are lower than normal, according to the Sandkualen and Hain.

The players are simply itching to step foot on the court, face opponents, and prepare for the next spring season with two newly added teammates: Oklahoma State transfer Brady Draheim and freshman John Hallquist Lithen.

“We’re hoping to crack the top 15 or maybe even the top 10 next season,” Sandkaulen said when asked of next spring season’s predictions.  “All we want is to just have a season and get to compete again.”