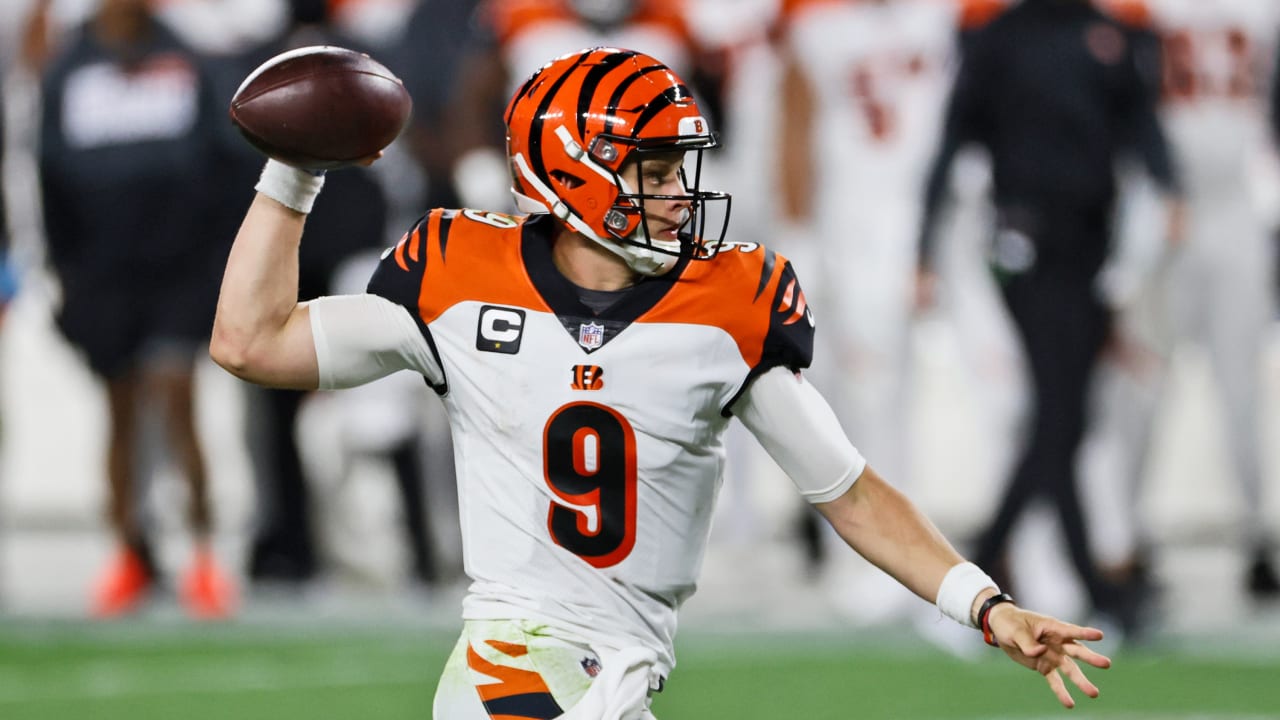 CLEVELAND — There have been plenty of top-notch quarterbacks to come through FirstEnergy Stadium, dice up a Browns defense, convert key third downs and waltz out with a win.

Too many Browns fans will tell you before listing them, some with specific dates of their own personal nightmares.

Joe Burrow nearly became the latest to join that list Thursday night, and he looks like he has an excellent chance to do so in the years ahead. Burrow became the first rookie to throw 60-plus times in a game and not record an interception since at least 1950, per NFL Research, as part of a stellar Thursday night performance against the Browns that saw Burrow breaking 310 yards passing and gave the rest of the football world a peek at how good he might end up being.

The other quarterback on the field sure was impressed.

“I didn’t get a chance to watch him last week, but I heard the rave reviews. Could tell,” Browns quarterback Baker Mayfield said. “It’s true, the hype is real with Joe. I thought he played extremely well. Just being decisive, keeping plays extended, taking care of the ball. I thought he did a great job.

“It’s always good to see another young guy come in and take over. And obviously that team loves him. They follow him and he leads them.”

Burrow dropped back to pass 64 times and was pressured on 32.8% of those drops, producing three sacks and a fumble lost. He could have been sacked much more often, though, if he didn’t possess the ability to escape and extend the play or deliver timely passes before the rush arrived.

Amid the collapsing pocket, Burrow stood tall all night, identifying the open man and connecting with him. Cincinnati converted eight of 18 third-down attempts and was a perfect 5 for 5 on fourth down, a marvelous accomplishment in itself for a rookie passer.

“I thought he did a good job,” Bengals coach Zac Taylor said afterward. “He gave us a chance. We just came up short.”

Cleveland’s defense happens to feature 2019’s league leader in quarterback pressure rate, by the way, in Myles Garrett, who forced the fumble and was responsible for nine of the 21 registered pressures Thursday night. Still, Burrow never seemed fazed, fighting to the end despite the game being all but out of reach, connecting with Tyler Boyd on a touchdown pass within the game’s final two minutes.

“Losing isn’t very fun. This might be the only time in my sporting career that I’ve lost two games in a row,” Burrow said. “Doesn’t feel very good. I know guys in there are hurtin’ and we’re gonna come back to work tomorrow and try and get this thing right. Losing is unacceptable to me, to everybody in there, to coach Taylor, to everybody in this organization. So, we’re just gonna have to get it fixed.”

Burrow’s desire to win is palpable from the press box. Far too often, a first-round quarterback takes the field for his prime time debut and gets frazzled by a formidable pass rush, which Cleveland owns, and melts down for the nation to see. The Browns found plenty of success on defensive stunts and twists all night, with Porter Gustin laying a good hit on Burrow after he’d already been stripped by Garrett. But none of it seemed to affect him nearly as much as his second loss in as many pro games.

Things are just starting for Burrow; he has so much of his promising career ahead of him. And as Thursday night demonstrated, it’s going to be really fun to watch — as long as Cincinnati doesn’t subject him to the same fate as past promising passers.

The Outlook For The NFL’s Newest Boilermakers – Hammer and Rails