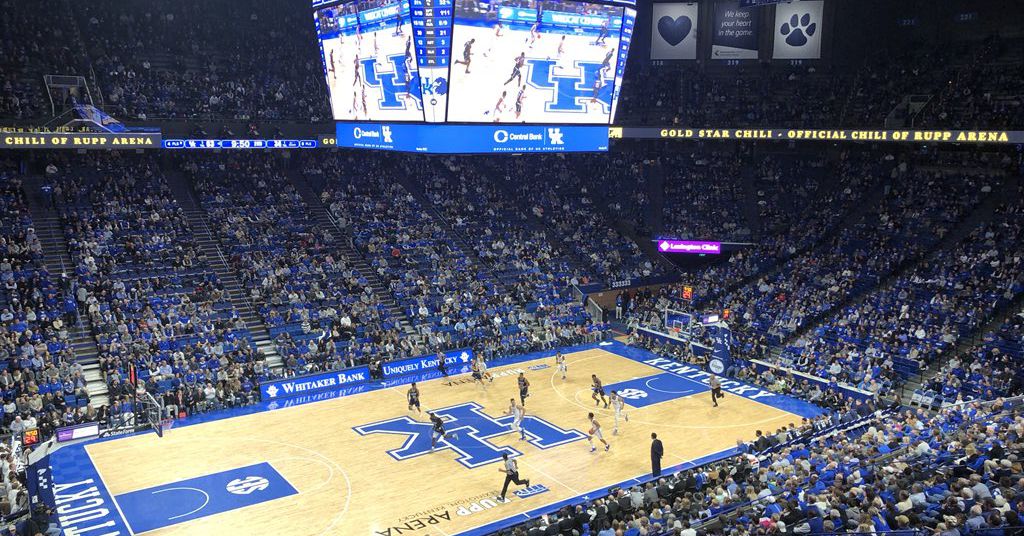 It appears the Kentucky Wildcats have a basketball pod in the works.

According to CBS Sports’ Matt Norlander, Kentucky is set to host a multi-team basketball pod that will include matchups with Richmond, Detroit Mercy and Hartford, three teams the Wildcats were previously scheduled to play this coming season.

“Kentucky plans to host its own MTE in a pod format in Lexington,” Norlander said on Twitter. “Detroit, Hartford (and) Richmond are in the final stages of agreeing to play (with) UK in first week of the season. Each team would play each other once. Three doubleheaders over four or five days.”

“These four schools were already involved in a Kentucky-catalyzed MTE, but the dates were scheduled prior to Nov. 25. Now they’ll be pushed back and done in the end of November. John Calipari’s son is a senior at Detroit, too. Cal has been vocal about big schools helping out mids.

“One more thing to note: Unless an exception is made, this ends any hope that Champions Classic could include a scenario in which UK/Duke/MSU/KU would all play two 2 of the other 3 teams in that field. There was a little buzz on that a while back. Only one MTE allowed per team.”

Of this group, Richmond is easily the best team Kentucky would face, as the Spiders are a preseason top-25 team who should be one of the top mid-majors this season.

As Norlander writes, Kentucky hosting its own MTE means they can’t take part in another one. There’s been recent speculation the Champions Classic could have an MTE in an Orlando bubble.

Earlier this week, Louisville Cardinals head coach Chris Mack said his school was hosting a MTE and looking for opponents. Other major programs are planning to host their own MTEs, which are shaping up to be just ways of getting previously-scheduled non-conference games in.

The college basketball season is set to begin November 25th, and Kentucky is still tentatively scheduled to play Georgia Tech in the Holiday Hoopsgiving event in Atlanta on the 27th.