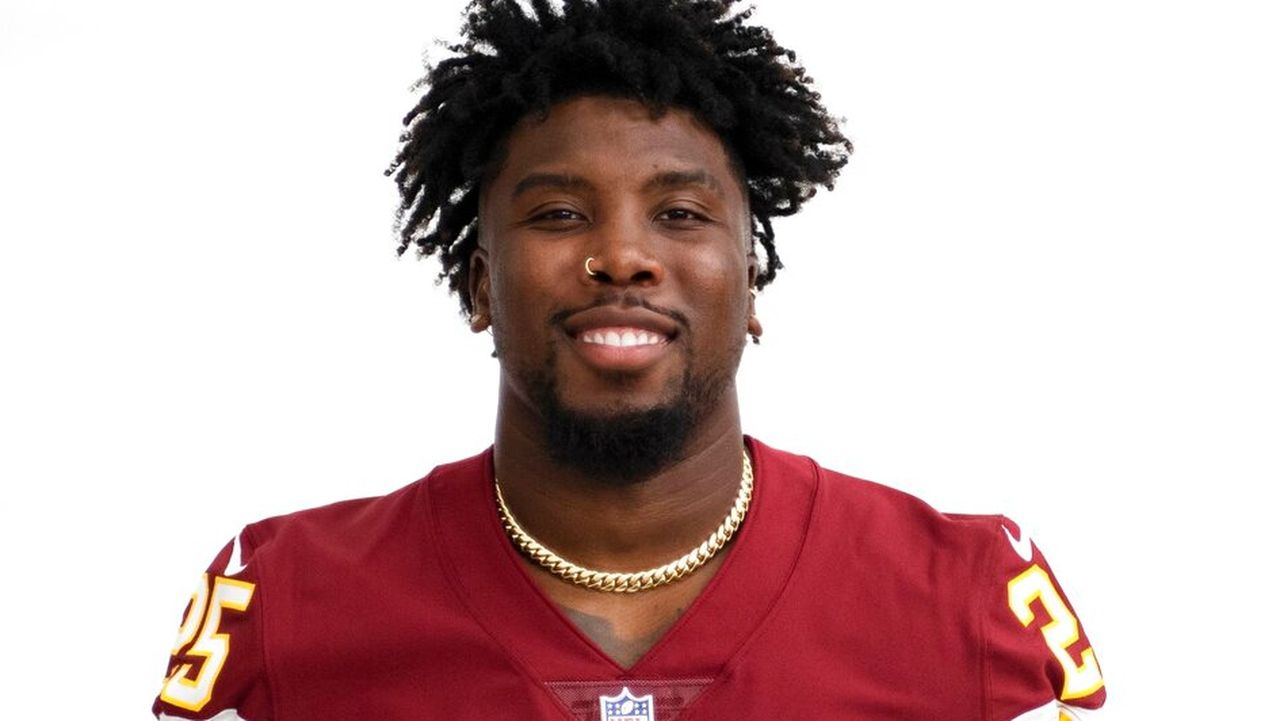 Running back Peyton Barber gained only 29 yards on 17 carries in his first game for the Washington Football Team. But three of his rushing attempts were among the biggest plays of Washington’s 27-17 victory over the Philadelphia Eagles on Sunday, and one might turn out to be among the biggest of the season.

With the score tied 17-17 in the fourth quarter and Washington facing a fourth-and-1 at the Philadelphia 4-yard line, coach Ron Rivera lived up to his nickname of “Riverboat Ron” earned during nine seasons directing the Carolina Panthers by going for it.

Barber got the needed 1 yard.

“It was a heck of an effort. Peyton Barber did a great job getting that ball outside the right edge and lunging forward for the first down. It really put us in position to win this football game.”

Barber also had gotten the call on third-and-goal and converted for a touchdown with 9:25 left in the third quarter.

“I think the biggest thing when you talk about short yardage or goal line is the fact that you’re going to have probably at least one defender that you can’t block,” Jordan said on Friday, “so No. 1 is being able to finish the run with great pad level, and that’s one thing we teach all our guys. If we leave one, we got to make sure that we make him miss or we run him over.

“I think the other thing is anticipation. A running back has to have good anticipation, but down there are so many bodies in terms of when do I cram it, when do I bounce it to go get the first down, and having a little bit more patience in that situation because everything is boxed in there. And that’s the thing that Peyton did a real good job down at the goal line is the fact that he ran with good pad level and he found a way on both opportunities to get the ball in the end zone in terms of diving over people, running through people. And so that’s the biggest thing that I see in guys that are good short-yardage or goal-line runners.”

“When you’ve done something, when you’ve been in that situation, obviously, you can draw from that,” Jordan said of Barber’s clock-chewing ability. “And Peyton has played a lot of football.”

Barber entered the NFL as an undrafted rookie with the Tampa Bay Buccaneers in 2016. He became a starter in the last month of his second season and held the job until halfway through his fourth season. In between, Barber ran for 871 yards in 2018.

Washington signed Barber as a free agent in the offseason, but his role on the team for the regular season didn’t appear assured at the time. Adrian Peterson and Derrius Guice seemed to be Washington’s top two backs.

A week before the season, Washington released Peterson, its leading rusher for the past two seasons and the No. 5 rusher in NFL history. Washington entered 2020 with a running-back corps of Barber, former Central-Phenix City standout J.D. McKissic, rookie Antonio Gibson and Bryce Love, who missed his rookie season in 2019 with an injury.

Against Philadelphia, McKissic played the first snap of the game and 30 more after it, Barber played 29 snaps and Gibson played 18.

“I think the biggest thing when you talk about this group of guys is they understand their roles,” Jordan said. “Everybody has a role, and that role is to do whatever job we ask them to do.”

· Which SEC program has the most players in the Pro Football Hall of Fame?

· Is it Tua time in Miami? Coach says no

NFL playoff picture: Who’s likely in and out, and what happens to teams like Ravens and Browns in the middle – CBS Sports