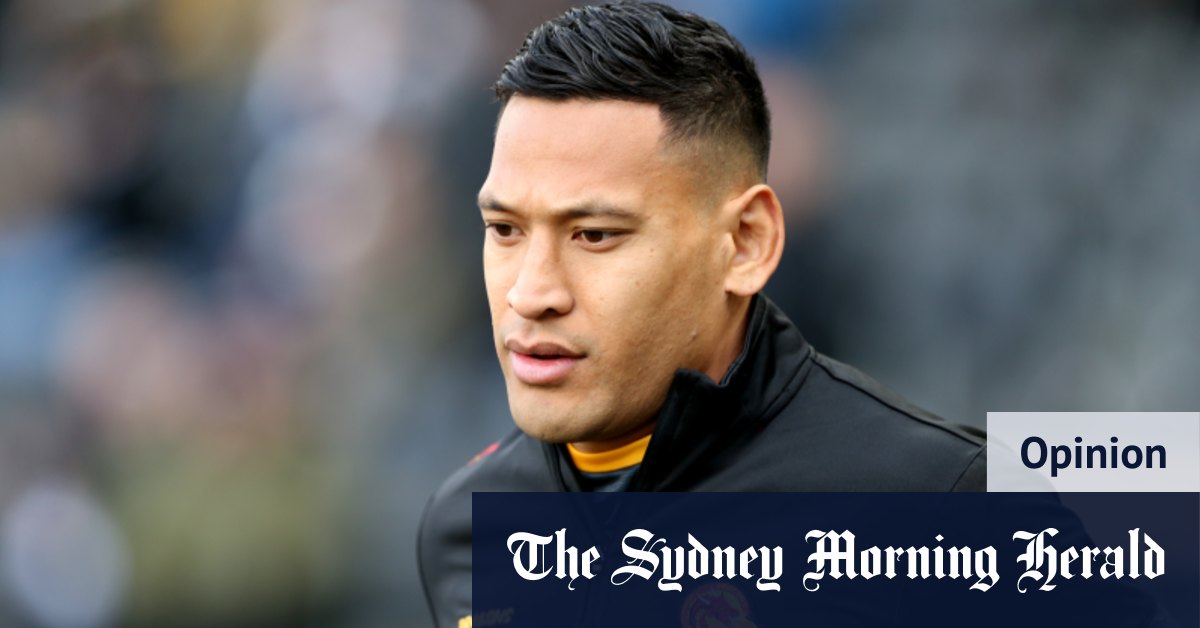 I didn’t want my son venturing down this same path, not because of the fear of failure, but because of the systemic racism that seems to be so prominent across both codes. Pacific Islander players are often exploited by clubs, managers and sporting agents for their own financial gain.

When they’re really good, everyone wants a piece of them. I mean, look at 17-year-old teen rugby sensation Joseph Suaalii. The poor kid hasn’t even sat the HSC yet and he’s probably feeling immense pressure about deciding which rugby code to play especially with all the media attention he’s received.

But then when they’re no longer useful or adding value to the club, they’re kicked to the kerb. Or even worse, they’re fired and shunned by the entire country, which was the fate of former Wallabies star Israel Folau – for preaching his religious beliefs on social media. He, like Suaalii, was hailed as a prodigy when he first started out playing footy as a teenager.

Now you would think that more than a few of these players would naturally progress to become a coach or at least land a job as a sports presenter. But they don’t.

But I don’t blame my son for wanting to pursue rugby. I’m from the Cook Islands and my husband is from Tonga. Sport is an integral part of our Pacific Islander culture. It’s what brings everyone
together. That’s why you’ll often see (and hear) large gatherings of Pacific Islander
families on the sidelines cheering for their loved ones at every rugby match.

While I don’t follow rugby, all the men in my family follow it religiously. My father is a die-hard Brisbane Broncos and All Blacks fan, my brother supports the Wallabies and my husband proudly supports Tonga’s National Rugby League Team, Mate Ma’a Tonga. If you were to look in my son’s clothes drawers, you would find an assortment of rugby jerseys from each of these teams. And even though my son is only in kindergarten, he’s already been to his fair share of NRL and Super Rugby matches so it’s no wonder he’s so determined to play rugby.

After much deliberation, I came to the realisation that I’d be doing equal harm to his mental health by being an overprotective parent and not letting him pursue whatever sport he wanted to pursue.

So, I asked him, “What sport would you like to play?”

“Okay,” I said begrudgingly. “But do you want to play rugby union or rugby league?”

“Which one has the All Blacks?” he asked.

“I want to play rugby union!” he exclaimed with a big grin across his face.

Today, he wears the same grin every time he takes the field to play rugby union alongside his teammates. I haven’t told him that he won’t be able to play for the All Blacks yet, considering he’s
an Australian citizen with an Australian passport.

But until that day comes, my only hope is that if my son or any other Pacific Islander player, including Joseph Suaalii, is to ever play first-grade, that the coaches and managers will not only guarantee that they will look after them but that they will guarantee them a shot at their jobs once the time comes for them to hang up their boots.

Danielle Mahe is a Sydney midwife and writer.

Sports news, results and expert commentary delivered straight to your inbox each day. Sign up here.