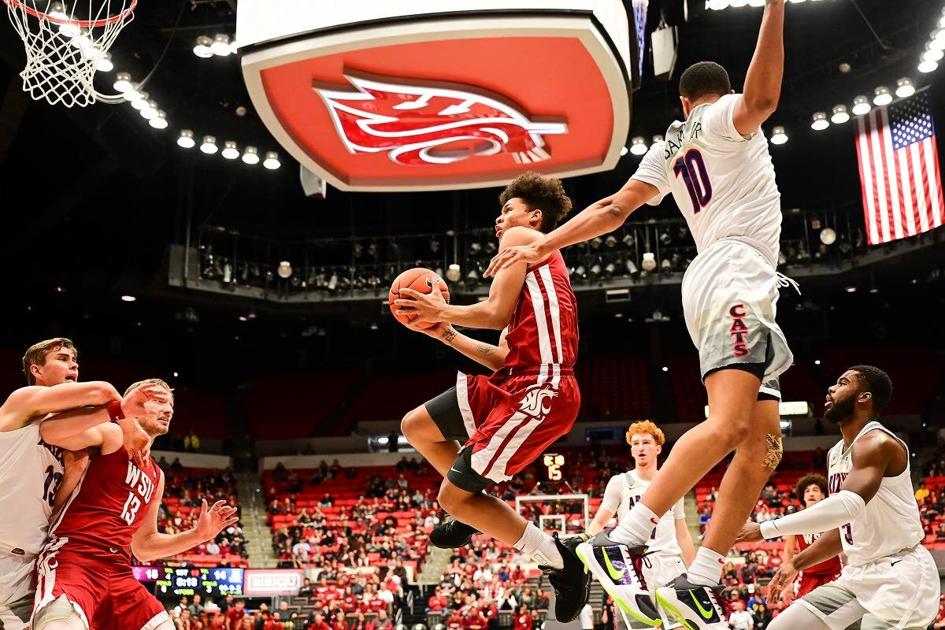 The NCAA released its guidelines for COVID-19 basketball protocols Friday, with its Sport Science Institute and Medical Advisory Group recommending three tests per week and proper distancing between personnel.

Student-athletes, coaches and officials are urged to receive the three weekly tests on non-consecutive days in the lead-up to and during a hoops season set to launch on Nov. 25, per a Sept. 16 decision by the association.

“This basketball resocialization guidance is based on the best information available in a rapidly changing COVID-19 environment,” NCAA president Mark Emmert said in a news release. “It is predicated on the assumption that rapid testing capabilities will be readily available later this year. We will constantly assess emerging information as we prepare for the start of the basketball season at the end of November.”

Schedules will come out in the near future. Pac-12 teams, like Washington State, will begin their seasons playing in empty arenas, in accordance with a conference decision Thursday. The no-fan policy will be revisited in January.

The Pac-12 — and perhaps other major, wealthier ­conferences — might not have as much of a problem with the ramped-up testing. Rapid antigen testing will be available on the conference’s campuses before long. The league has made clear that the development helped save the Pac-12’s fall football season, which will begin in early November.

“We believe access to near-daily rapid point of care testing for contact sports will significantly improve our ability to prevent transmission of COVID during higher risk of transmission activities and reduce the risk of travel,” the Pac-12 COVID-19 Medical Advisory Committee concluded in its return-to-play recommendations.

A lack of testing — or the funds available to conduct them frequently — reportedly contributed to smaller leagues, including the Big Sky Conference, postponing their football seasons to the spring. Idaho athletic director Terry Gawlik said earlier this week the NCAA’s hoops protocols might exhibit another challenge to UI and its peers.

“It’ll be more testing, then how do you make that happen?” she said. “Then you forget about testing officials too, and anyone that’s close enough in the bubble.”

The NCAA and Pac-12 came to their conclusions based on widespread improvements of testing capabilities, less prevalence of the virus and added monitoring of potential cardiac issues arising from the disease.

For the Pac-12, nonconference competition will be based on whether opponents are implementing protocols in accordance with the NCAA and the Pac-12 COVID-19 Medical Advisory Committee.

“We have been working extremely hard staying ready while staying healthy,” WSU men’s basketball coach Kyle Smith said in a news release. “The wellbeing of our student-athletes is of the utmost importance and I know the standards that are laid out have been created to ensure everyone’s safety while getting us back to competition.

“… we can’t wait to get back on the court at Beasley.”