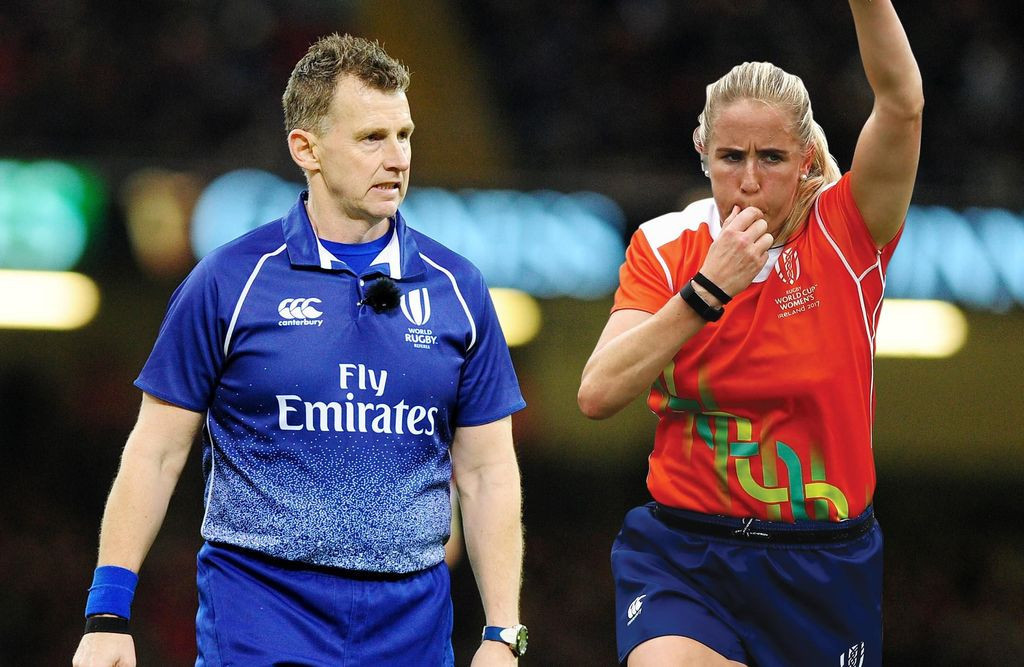 Ireland’s Joy Neville is set to make rugby history at the Autumn Nations Cup in November after she was selected to be the first woman to perform television match official (TMO) duties at a major men’s international competition.

Owens’ feat will come during the match between France and Italy, five-years-on from his greatest achievement to date – officiating the Rugby World Cup Final in 2015 between New Zealand and Australia in London.

To reach the milestone, he will take charge of two matches, 17 years after making his Test debut in February 2003 during a match between Portugal and Georgia.

Neville, who officiated the Women’s Rugby World Cup Final in 2017, will undertake TMO duties for two matches, between Georgia and Wales and Scotland and Fiji.

Both Owens and Neville were given the World Rugby Referee Award in the years that they took charge of their respective World Cup Finals.

“I would like to say a big congratulations to Nigel Owens on selection for his 100th test,” said World Rugby chairman Bill Beaumont.

“It is a remarkable achievement and testament to his passion for refereeing, his character, unwavering dedication to the highest possible performance and fitness standards and his adaptability over an impressive career that has so far spanned 17 years.

“It will be a massively popular milestone for the sport to celebrate.

“In addition, we would like to congratulate Joy Neville on her TMO appointments.

“As part of World Rugby’s transformational women’s strategy, we are committed to accelerating development of women in rugby through diversifying and normalising women in leadership positions, both on and off the field.

“Joy, like all the appointed referees, has earned this opportunity and we look forward to watching the referee panel back out officiating the game at the highest level.”

The officiating appointments were announced after World Rugby approved the international calendar for 2020 following the disruption caused by the COVID-19 pandemic.

Remaining this year are the men’s and women’s rescheduled Six Nations, the new Autumn Nations Cup and the Bledisloe Cup.