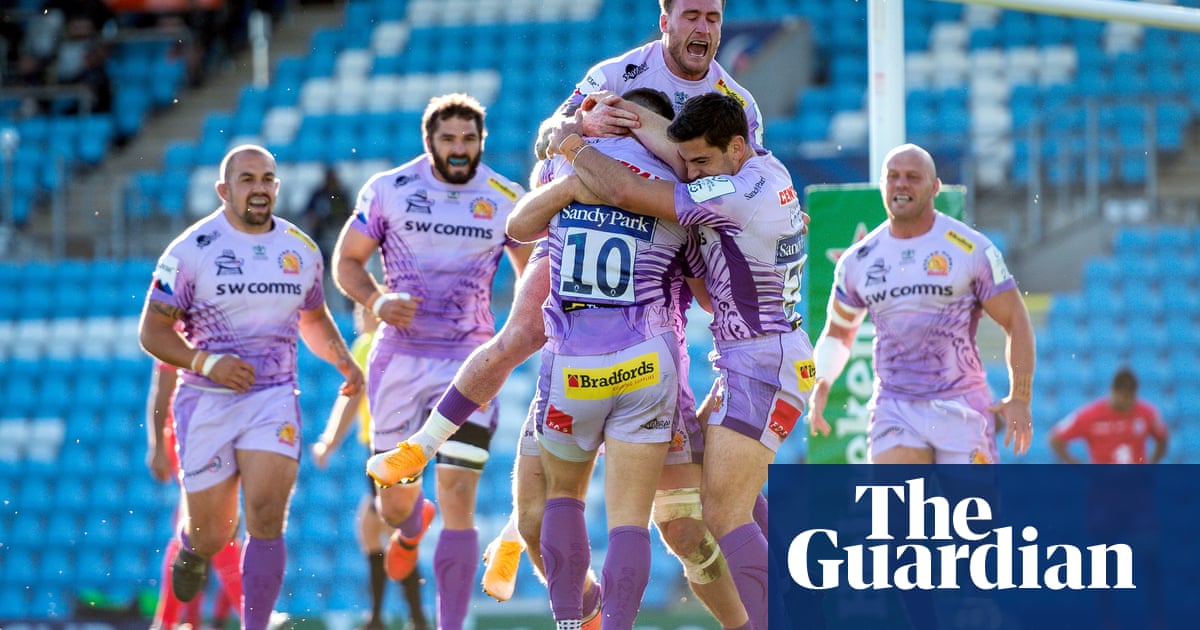 Exeter’s Rob Baxter believes it is time to stop testing professional rugby players for Covid-19 amid growing evidence that few positive cases of the virus are being transferred to their fit, healthy teammates. Baxter has warned his squad to remain vigilant away from the club but says he hopes routine weekly testing will soon be phased out.

Baxter, whose Chiefs side have just qualified for their first European Champions Cup final and lead the domestic table, says he thinks “genuine medical reasons” are mounting to discontinue the current arrangements. Players and staff at all 12 Premiership clubs have undergone regular testing since early July with just a tiny fraction of positive cases recorded.

“When you look at how few cases are being picked up I don’t think we are far off [having] genuine medical reasons to not continue with the testing,” said Baxter. “I think most clubs would be in agreement that the actual transfer rates even around players who are testing positive are so, so small. I think the argument for continued testing will die away pretty quickly.”

Despite a rise of infections among the general population, the latest round of Premiership Rugby testing recorded just five positives – four players and one backroom staff member – among 1,056 individuals tested. Baxter believes halting the tests would help in other areas.

“It would save a fortune and free up a block of testing for other people,” argued the Chiefs’ director of rugby. “Because of the hygiene levels that are in place and the age-range of the players, positive tests are not leading to mass outbreaks. You would think they would. Is testing really preventing a locked-out club? I think the argument is getting very close to [saying] it’s not. Hopefully it will be a matter of weeks before testing is deemed unnecessary and we are moving to a different rugby environment.”

Baxter, nevertheless, has lectured his squad on the importance of taking precautions to avoid players testing positive and potentially missing a crucial match. “For the last couple of weeks the lads have been told to be extra vigilant. It would be criminal now to allow your standards to slip or to make that one mistake that means you’re unavailable for the biggest games of the season. The reality of Covid is that rugby players probably aren’t going to be ill beyond a cold or mild symptoms but you’ve got to keep throwing reminders out there.”