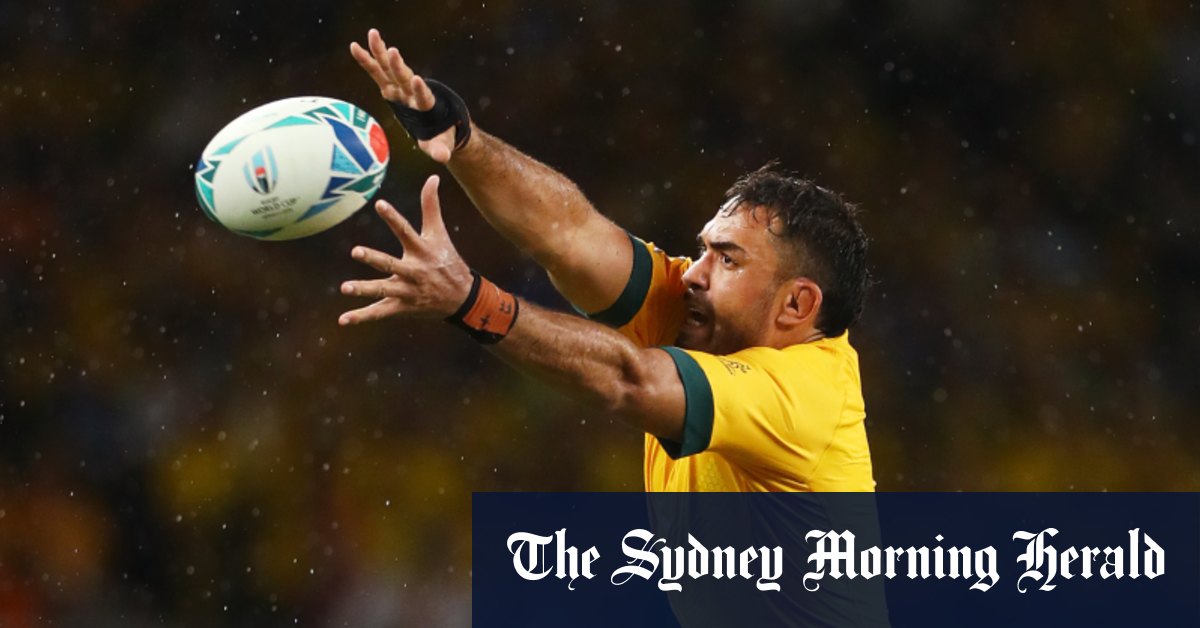 The Wallabies are holding out hope Arnold could be fit by mid-November, which could mean he misses only one or two Tests. If the injury sidelines him longer, Rennie may look to call upon one of several locks who left Australian Super Rugby franchises after last year’s World Cup.

Rodda would be a suitable candidate, given he is only 24 and was considered a key part of the Wallabies’ future before a pay dispute with the Reds saw him depart for Lyon. But a source close to Rodda said he had not received a call asking about his availability.

Adam Coleman and Will Skelton – who ply their trades for London Irish and Saracens respectively – would be other options.

While one of those more experienced heads may seem a suitable solution to Arnold’s likely absence, Rennie may not call upon any players currently abroad.

The decision will have to be made soon, as any player returning from overseas will have to self-isolate – while being permitted to train – for 14 days. The Wallabies return to Australia after the second Bledisloe clash on October 18.

The same condition applies to South Africa and Argentina, who arrive next month.

Rob Simmons is now the sole experienced lock in the squad but Lukhan Salakaia-Loto has been training in the second row, too.

The Reds star has played at lock all season but, at Test level, has previously been used almost exclusively as a back-rower.

Simmons and Salakaia-Loto are considered favourites to pair up for the first Bledisloe clash, when forwards coach Geoff Parling will receive a glimpse of a lineout he has built from the ground up.

The Wallabies’ lineout has been a major concern for two years. Instead of trying to fix the existing structure, Parling opted to start fresh.

“I’m implementing a new system that the lads have got to get up to speed with and the expectation going into this week is there will be a bit of pressure there to start executing and get things right,” Parling said.

“I’d appreciate during the [Super Rugby AU] season, probably some of the standards were low, but on the flip side you could probably say that some of the defensive work was excellent, so it works both ways.

“As far as I’m concerned, there’s nothing to fix because it’s a fresh system and we’ve just started.”

The other slot Rennie has at his disposal, to recall an overseas player, is vacant.

The Herald has learnt Kerevi has not yet been called upon, leaving hooker Tolu Latu as the only other likely option.

With Simmons and Salakaia-Loto firming as the likely lock pairing, coach Dave Rennie could turn to one of 16 potential debutants in the current squad – such as Melbourne’s Trevor Hosea.

“You never really know until you’re actually in there but everything I’ve seen so far with Trevor, it’s a yes,” Parling said when asked if Hosea would be ready for Test rugby.

“He only made his Super debut this season. We brought him off the bench against the Reds and, when we brought him on, he whacked some people and did really well.

“I think with these guys, they absolutely love playing. As long as you can give them a gradual intro – so they get 20 minutes off the bench to start with – I certainly think he’d be ready.”

Sam is a sports reporter for The Sydney Morning Herald.