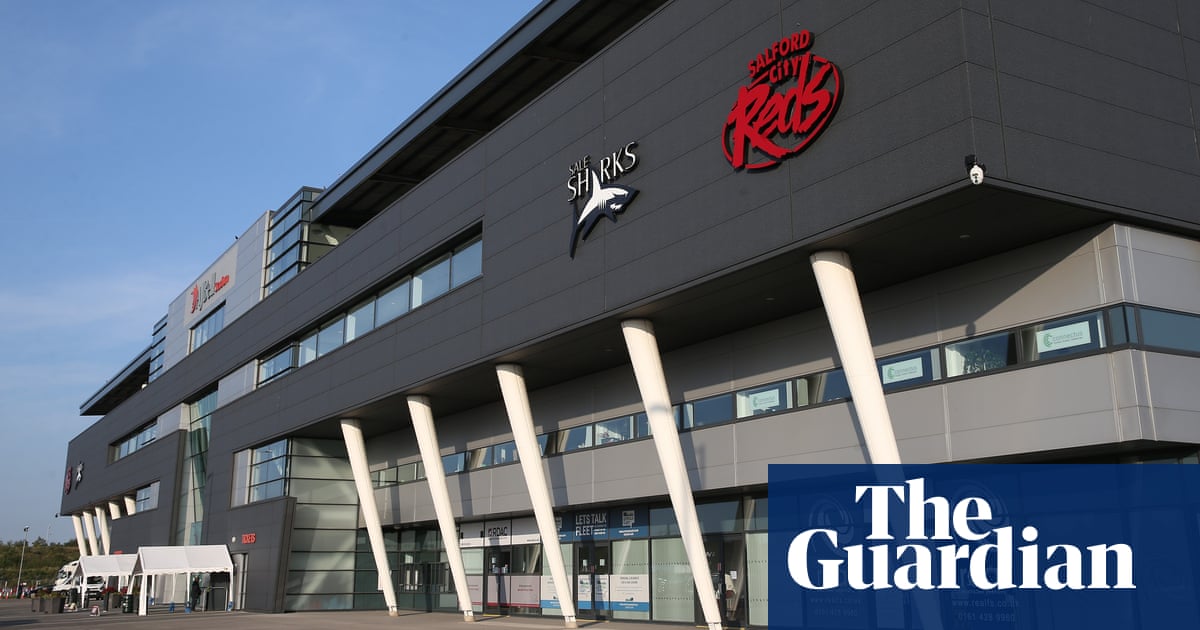 The Premiership’s grandstand finish has been plunged into chaos after 16 Sale players tested positive for Covid‑19. Despite the outbreak the Sharks have claimed that Sunday’s crucial match against Worcester will still go ahead as planned – only for their opponents to respond by insisting the fixture remains in the balance.

Premiership Rugby has also refused to confirm whether the match will take place but it is understood that Sale, rather than forfeit the match, are scrambling around for a squad and asking players to come out of retirement to aid their cause.

Worcester are adamant the fixture is still “subject of discussions between Premiership Rugby and public health officials” and warned there must be no health risk posed if they are to take part. The confusion has left what had been shaping up as a grand finale, with Sale one of four teams chasing three semi-final spots, in disarray.

If the Sharks are unable to fulfil the fixture, Worcester would be handed a 20-0 victory, according to Premiership regulations. Complicating matters however, it is understood Sale could argue they are not at fault and that they were given incorrect test results last week, which could have led to the outbreak.

Nonetheless, Sale are confident the match can take place safely but Worcester have, in effect, questioned whether that is possible given the extent of the outbreak in the Sharks’ squad while PRL would need to give its approval.

In France’s Top 14, three positive cases lead to an automatic cancellation of a match but PRL has no such regulation. Having completed eight of the remaining nine rounds of the season since the restart, league organisers will be desperate for Sunday’s fixtures to go ahead as planned but Sale have one of the smallest squads in the Premiership at 34 and fielding a thrown-together side against Worcester will again call into question the integrity of the competition.

Sale are understandably desperate for the match to be played given they sit in fourth place, occupying the final play-off spot. A bonus-point victory over Worcester would guarantee them a semi-final place but Bristol, who are expected to win well at London Irish, would be poised to leapfrog the Sharks if the match at the AJ Bell stadium does not go ahead.

Sale said they will name their squad at midday on Saturday after PRL said on Friday that all team announcements were being delayed by 24 hours “following the recent set of midweek matches”.

PRL will reveal the latest testing results on Saturday, having announced five positives, from three clubs, made up of four players and one official out of 1,056 players and club staff last week.

After this week’s testing was carried out on Thursday, Sale were informed of the positive cases and all relevant personnel, as well as their close contacts, have been told to self-isolate. The Guardian understands Sale could make the case they were initially told they had no cases last week but they were subsequently informed that they did have positive tests. In the intervening period it is believed the squad took part in contact training.

Forfeiting the match would be a hammer blow to Sale’s hopes of reaching the play-offs and would guarantee Wasps and Bath reach the semi-finals.

It is understood the Sale director of rugby, Steve Diamond, spent Friday evening in talks with the authorities while the club reviewed its footage of training sessions to determine which players qualify as “close contacts” with those who have tested positive.

Players who tested positive were also retested. The Sale outbreak comes four days after the Exeter director of rugby, Rob Baxter, called for an end to the Premiership’s coronavirus testing system.

Each round of testing costs an estimated £100,000, around £8,000 per club per week, and Baxter believes getting rid of the process would be an instant moneysaver for the cash-strapped clubs.

“When you look at how few cases are being picked up I don’t think we are far off [having] genuine medical reasons to not continue with the testing,” he said. “It would save a fortune and free up a block of testing for other people.”