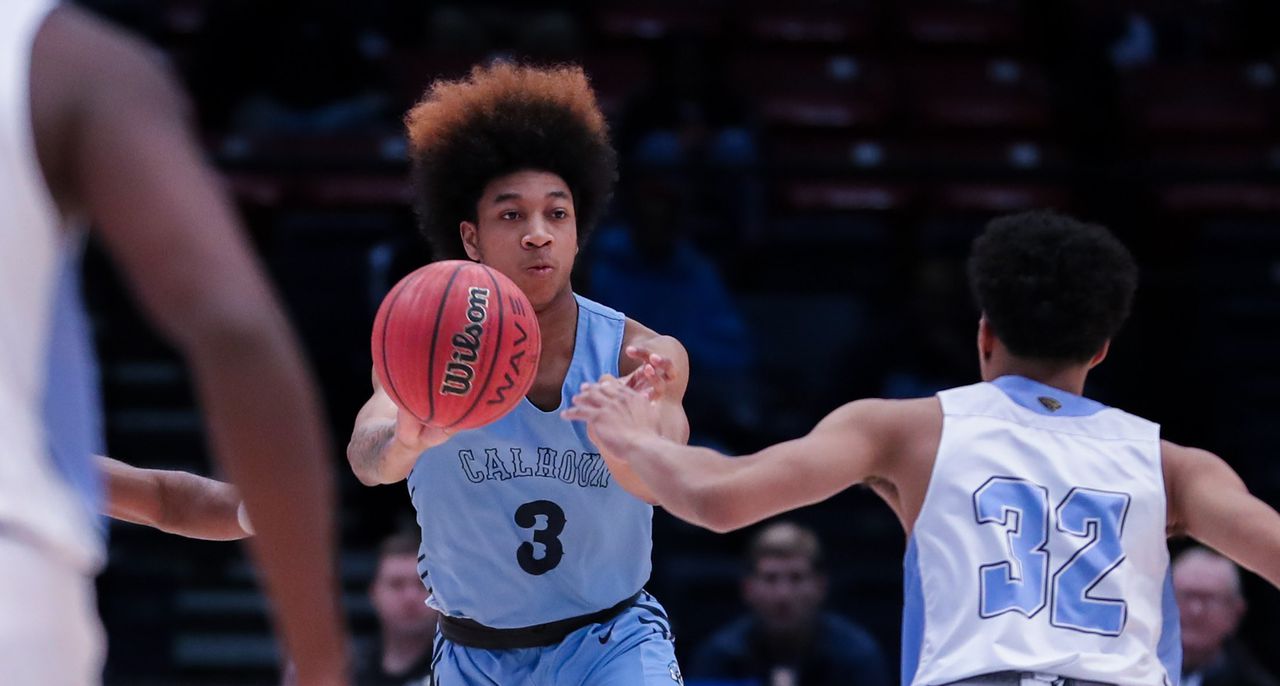 The 6-foot-3 standout, who led Calhoun to the Class 2A state title last spring, narrowed his choices to Auburn, Alabama, Michigan, Kansas, LSU and Memphis on Aug. 21. He moved his announcement up from Oct. 31 to today, his 18th birthday.

Davison is ranked as the No. 9 overall player in the nation, according to 247 sports.

“He’s a very well-rounded player, a very intelligent player,” Calhoun coach Ervin Starr said in the spring. “A lot of people see the athleticism, but they don’t understand his basketball IQ is phenomenal. He makes it look easy, but he puts a lot of work into learning his craft.”

Davison made the most memorable play in the 2019-2020 basketball season when he drained a 3-pointer at the top of the key to beat Barbour County in the 2A state title game.

He finished the game with 34 points, 10 rebounds and 3 steals. He was named MVP of the tournament.

Starr told AL.com in the spring that his star still has room to improve as a senior.

“He can work on his jump shot,” Starr said. “I think everyone can improve on that, and I think he can work on being a better leader on the floor. He’s a naturally shy kid. He doesn’t talk a lot. On the next level, if he is playing the point, he will have to talk. So, we want to make sure he’s comfortable with that part of the game.”

“He reminds me of Russell,” he said. “I think at this stage, he shoots the ball better than Russell did at that time — maybe even now. If they let him be JD, he will flourish. He’s such a team player. I don’t think a lot of people understand how much of a team guy he is, but you will be able to see that on the next level.”

Starr said Davison likely will be more of a combo guard than a point guard on the next level.

“Early on in the ninth or 10th grade, most people looked at him as a true point guard,” he said. “But last year, J.D. played off the ball a lot. If he’s in a system that needs a true point guard, he is certainly more than capable of doing that. Last year, he didn’t have to play point guard all the time for us because we had a lot of guys who could handle the ball.”

Statewide basketball teams can start later this month. The first games can be played Nov. 5.