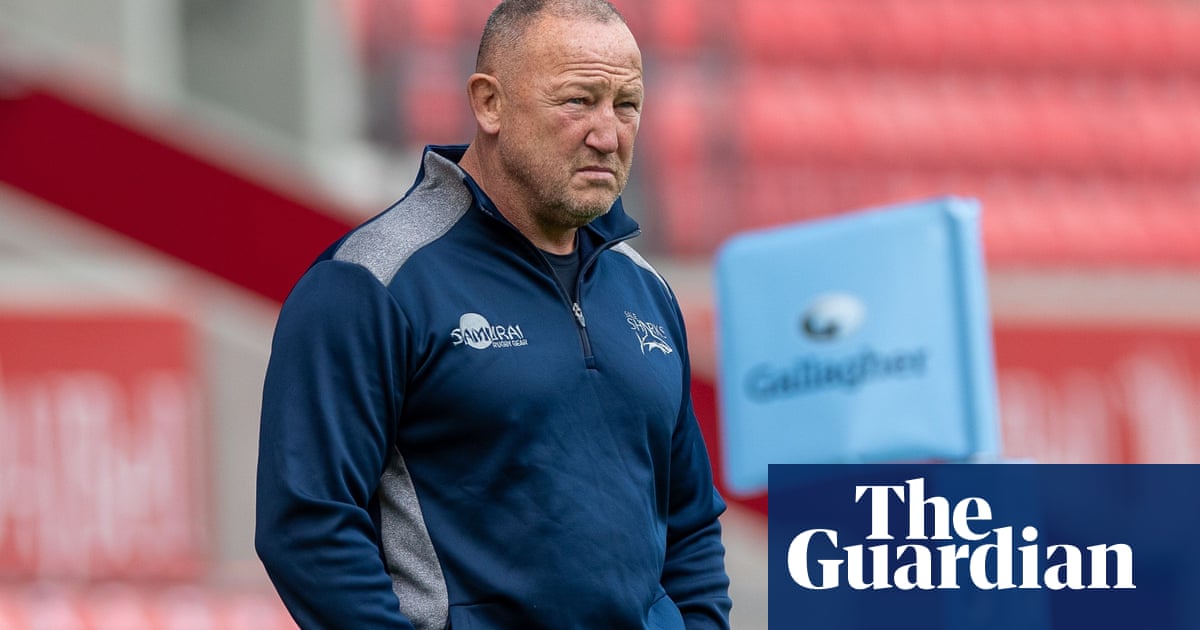 The Rugby Football Union will launch an investigation on Monday into the 16 coronavirus cases among Sale Sharks players after it emerged that the squad went drinking into the early hours after their Premiership Cup final victory just 10 days before the outbreak.

In further developments of a crisis that has blighted the climax to the domestic season, the Sale director of rugby, Steve Diamond, has insisted his players did not breach the stringent RFU protocols, while Premiership Rugby stands accused of handing the Sharks an unfair advantage after allowing their match against Worcester to be postponed.

If Wednesday’s rescheduled match goes ahead, Sale need a victory over the Warriors to take the last semi-final spot off Bath, while a bonus point win would put them third, one place above Bristol, who booked a place in the play-offs for the first time since 2007. Premiership Rugby defended the decision to postpone Sale’s match while cancelling Northampton’s fixture against Gloucester but there is considerable anger among other clubs given that Diamond’s side know exactly what is required of them.

However, with the RFU leading an independent audit into “areas including the track and trace processes” at Sale, it remains to be seen if their match against Worcester will go ahead anyway. If they are found to be in breach it is highly likely that they will forfeit the match against Worcester, or could even be docked up to 10 points, ending their play-off hopes regardless.

Sale will also be retested on Tuesday and Public Health England must be satisfied that it is safe for the match to be played before it is formally approved. An RFU statement read: “The Professional Game Board agreed a minimum standards framework for the season restart, including the ability for sanctions in the event of any breaches of the framework.”

The investigation will surely examine events after Sale’s cup final win over Harlequins on 21 September, when it is believed the squad celebrated their win at their Carrington training base. Diamond however, insisted his players had not broken any rules. “We have followed every single protocol,” he said. “There is no breach of protocol done deliberately.”

Pat Lam, the Bristol director of rugby, claimed, however, that an outbreak of 19 people – three members of Sale’s backroom staff have also tested positive – had to be down to “behaviour within the group”, and insisted the league had been compromised by allowing Sale to play their final game of the season three days late.

“It’s about the integrity of the competition, no one gets an advantage,” said Lam. “But that’s not happening. The biggest shock is the number of cases. We can understand one or two, but 19 – something has gone wrong there. The only way 19 happens is because of the behaviour within the group. Something massive has to have happened there. That doesn’t just suddenly change.”

Premiership Rugby’s Phil Winstanley, meanwhile, countered accusations of double standards by insisting it was Public Health England’s decision to delay the Sale game. Northampton’s trip to Gloucester could not be postponed because a front-row injury crisis has compounded their problems. “It’s not a different rule. The regulations didn’t allow us to cancel the game,” he said. “The local public health bodies are concerned if this is an outbreak or not. If we find a flaw then the game can’t go ahead.”

Northampton swiftly hit back however. A club statement read: “We refute the comments made by a PRL representative, who stated that, ‘Northampton had the ability to bring in more players; they could have registered some’. As previously communicated, as soon as we were aware of the situation, we asked for permission to register loan players beyond the normal deadline in order that we could attempt to complete our fixture against Gloucester, as planned, on Sunday.

“We were advised that this dispensation would not be granted. We therefore had no option to bring in additional players as cover.”