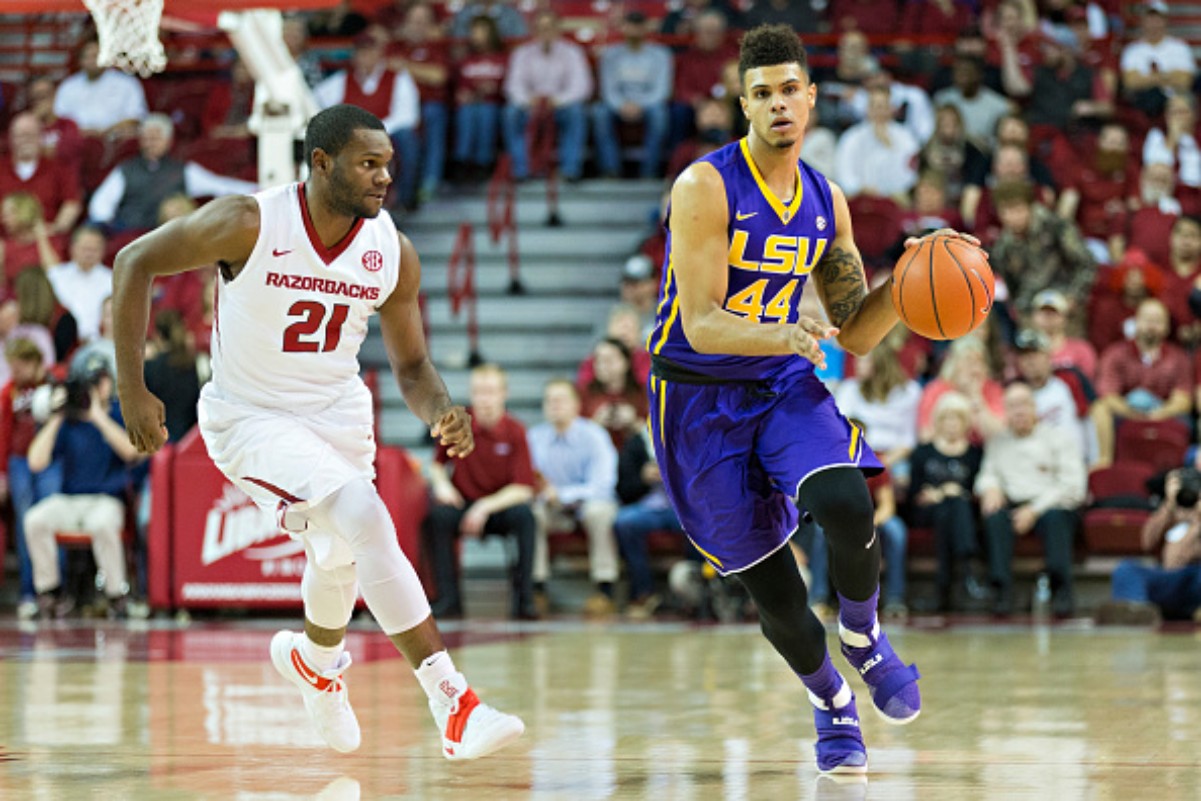 In 2018, the LSU basketball program suffered a tragic loss when Wayde Sims was killed. Sims played two seasons at LSU and was becoming a top player on the team, but unfortunately, his career was cut way too short.

LSU continued to honor Sims after his death, and he made an impact during his time as an NCAA basketball player.

Wayde Sims was a standout high school player in Louisiana

Sims was born in Florida and moved to Louisiana at a young age. In high school, he had a lot of success on the basketball court. During his junior year, he averaged 17.6 points, 9.5 rebounds, and he shot 62.8 percent from the field. Sims was named the Louisiana State Gatorade Player of the Year. The success continued for Sims during his senior year.

His decision to attend LSU was very important to him because he wanted to stay close to home and family. When he went on a visit to LSU, it felt like family, and he knew that that’s where he wanted to be.

During his freshman season, Sims was a part of a talented team that was considered to be a top team in the SEC. Sims appeared in 31 games and made five starts. He averaged 6.5 points and 3.8 rebounds as he averaged 19 minutes per game. Sims played a big role coming off the bench in his first year, and he made a name for himself.

As a sophomore, he appeared in 32 games and made 10 starts. He averaged 5.6 points and 2.9 rebounds. Sims continued to impact the team on the court, and he was gearing up to have an impressive junior season. Unfortunately, that never happened for Sims.

Just hours before he could start practice during his junior season, Sims was fatally shot during a fight that occurred not too far from campus. He attended a party at Southern University when he was involved in a fight that led to him being shot in the head. Sims later died from his gunshot wound. He was 20 years old when he passed away.

Wayde Sims’ death was a tragic loss to the LSU community

It was unexpected news for head coach Will Wade and the basketball team. Wade did not expect to go into the season without one of his players. When he found out that Sims passed away, he decided to cancel practice as the team mourned the loss of Sims. “Everybody on the team loved him,” Wade said during a press conference after the news came out about Sims. “He was the team jokester, the team prankster. He always had a smile and was bopping around. He got us going in practice.”

Sims was valued during his time at LSU, and the team needed some time away from basketball to deal with his loss. “We’re not going to worry about basketball right now,” Wade said. “We’ve got a lot of bigger issues than basketball,” Wade said. LSU will always remember Sims and the impact he left on the team.