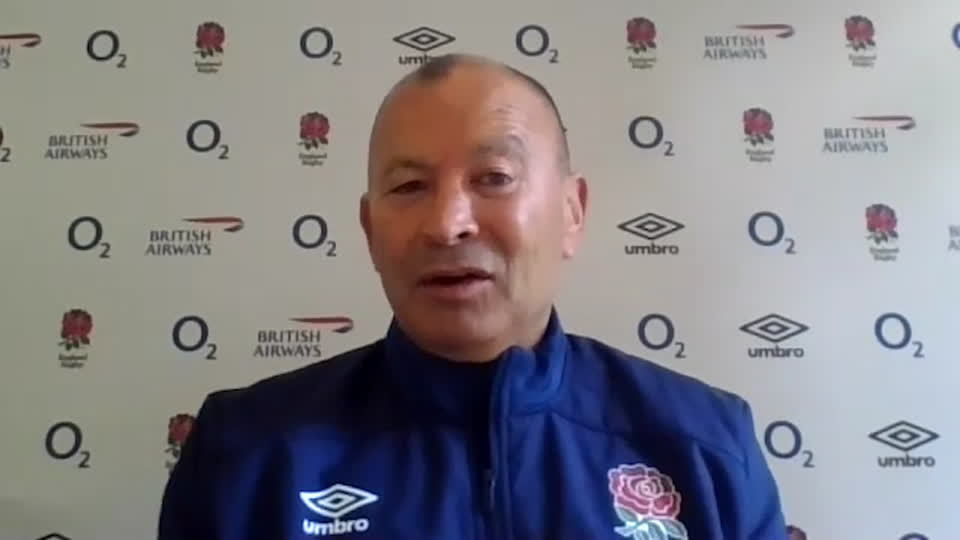 “Our job is to put a smile on people’s faces and that’s what we are going to try to do. We’d like fans to be in the ground but they can still watch on the various transmissions, and we want to make sure we put a smile on their face.”

“Well the game does evolve and what I have said previously, particularly, in New Zealand Super Rugby and Top 14, we’ve seen a lot more quick ruck ball. We’ve also seen a lot more transition in the game because if you’re good at the breakdown you not only have the opportunity to have quick ruck ball you also have the opportunity to turn the ball over. So if that continues in test rugby and we are not sure, but if it does, then we need to be equipped to play a little bit flatter and a little bit faster and then into transition to be able to flick the switch quickly and get in position quicker than the opposition in either attack or defence, so we have been doing some preliminary work on that, and we just need to see how the game evolves now.”

STORY: England coach Eddie Jones says he is focusing more on the changing face of the ruck than the potential impact of COVID-19 as he begins his preparations for six weeks of international rugby.

Jones is starting a three-day training camp on Tuesday (October 6) with a multitude of players unavailable due to club commitments and coronavirus issues, after 16 positive player tests at Sale led to the postponement of one game and the cancellation of another.

“I’m not a health commissioner, I’m a rugby coach and the only thing I worry about is the rugby,” Jones told a remote news conference on Tuesday.

Jones has been zipping up and down the country taking in as many Premiership games as possible and devouring TV footage from oversees and says he is working on ways to ensure the changing approach to refereeing the breakdown is quickly transferred to his camp.

England have a non-cap game against the Barbarians on Oct. 25 before travelling to Italy for their rearranged final game of the Six Nations on Oct. 31, when a victory could take the title.

They then have four games in the new Autumn Nations Cup series, though it looks as if they will be played without any supporters on site, and Jones said his aim was to give rugby fans something to smile about when they were watching on television.