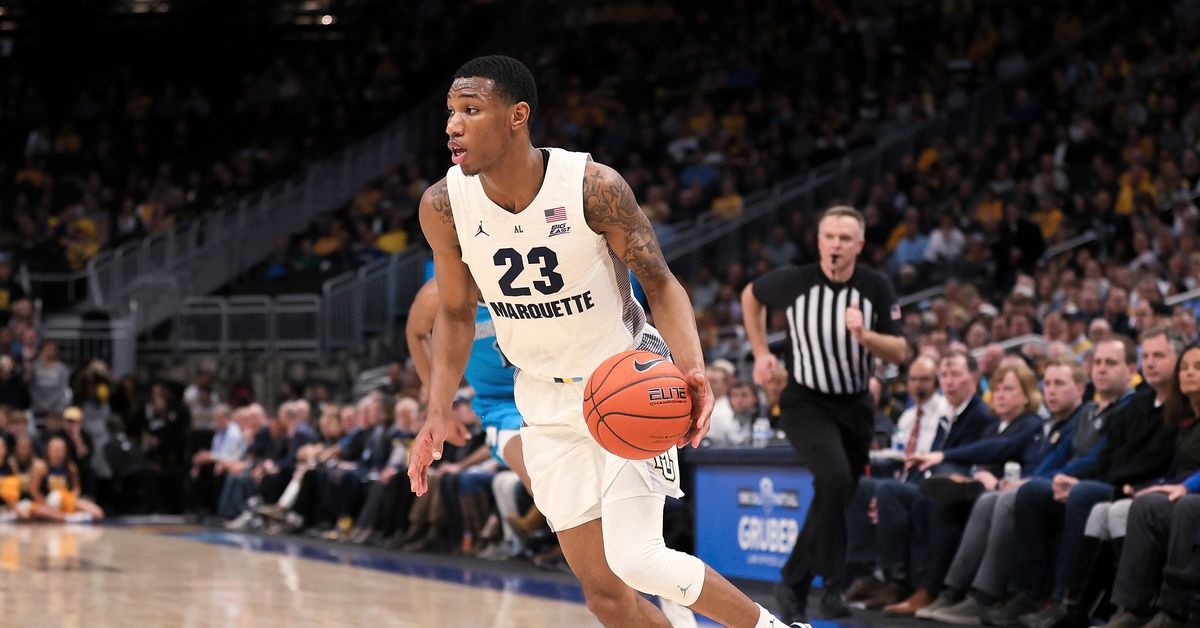 Ever since last June, we’ve been expecting to see a new Marquette men’s basketball uniform design for the 2020-21 season. Last June, the team announced the jersey numbers for newcomers Symir Torrence, Jayce Johnson, and Dexter Akanno along with the note “Uniform changes coming in 2019-20 and 2020-21.” The “changes” we got last year were expected minor alterations with the debut of a new black uniform and what I believe was a new variation on a gray uniform that no one asked for.

The minor adjustments by way of colors for 2019-20 was what we expected given that the number announcements showed each player in the uniforms that Marquette wore last season. However, the general thought process was that the changes for 2020-21 would be a dramatic shift away from the centennial unis that MU wore during the entire Markus Howard era.

And so we’ve been inching closer and closer to the start of basketball season with no debut of new uniforms. There’s been lots of “Picture Day!” tweets and Instagram reels from the various Golden Eagles teams….. but nothing from men’s hoops. We’re right about the time of the year where Marquette Madness would be happening without a pandemic, so we were just sitting and twiddling our thumbs and waiting to see what would officially be announced…..

Until Saturday morning, that is, when @ejb1333 fired up the Twitter machine.

In case you are wondering, that’s a screen shot from Fanatics, where you can buy this replica jersey for the low low price of $74.99. In case you’re further wondering, no, we’re not just speculating wildly here. Paint Touches reached out to the MU athletic department and confirmed that yes, this is the new uniform design for Marquette men’s basketball in 2020-21 and the official debut/reveal is coming in the next week.

Let’s get into the things to note here.

I think that’s all that I’ve got right now as far as reactions or notable items go. What stands out to you? Fire up the comments section and sound off.

Do you like these new navy blue men’s basketball uniforms?