Himeno, who has played for Verblitz and the Japanese national team since 2017, will take on his first overseas challenge in New Zealand with the Dunedin-based Highlanders in the 2021 Super Rugby season, which kicks off in January. 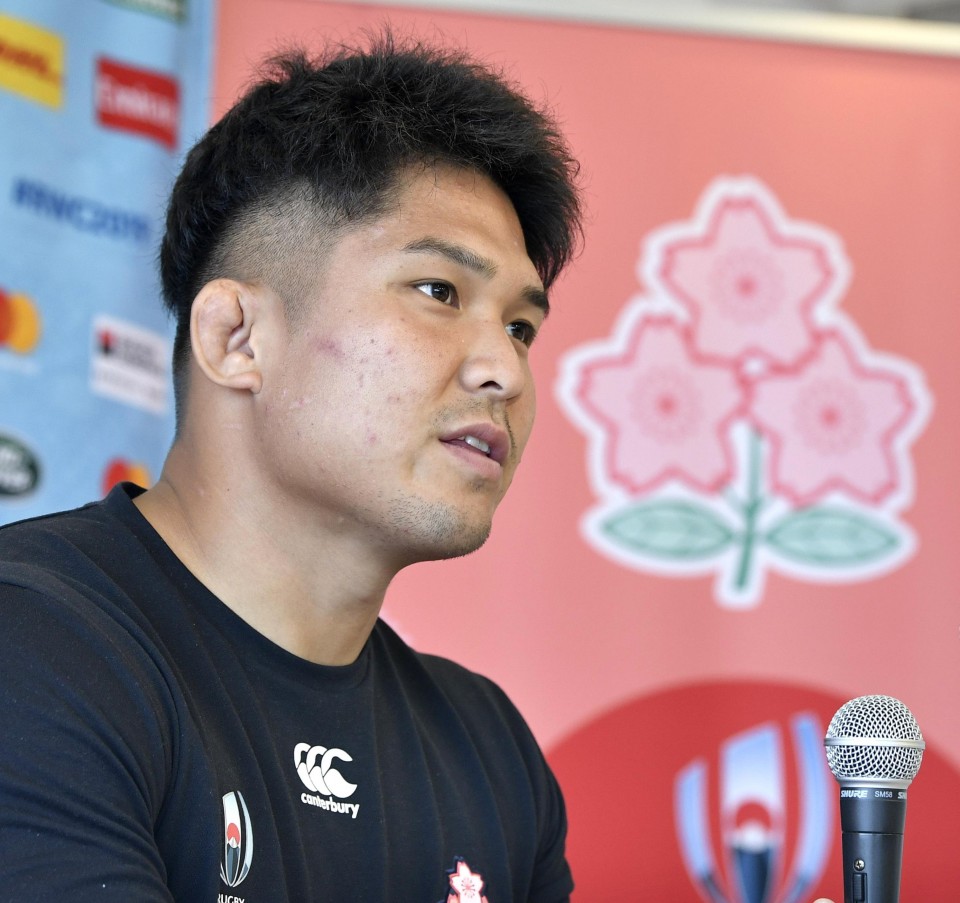 Japan player Kazuki Himeno speaks at a press conference in Hamamatsu, central Japan, on Sept. 25, 2019, ahead of a Rugby World Cup Pool A match against Ireland on Sept. 28. (Kyodo)

The 26-year-old, who previously played in Super Rugby for the Tokyo-based Sunwolves, is not expected to feature in Japan’s Top League next season, also beginning in January.

Himeno turned heads with his high-level play in the back-row for Japan during his first Rugby World Cup last year, when he helped the Brave Blossoms reach the quarterfinals of the tournament for the first time.

The Aichi Prefecture native has 17 caps for the Brave Blossoms and was an all-around contributor for the 2019 Rugby World Cup hosts, starting all five of their matches at the tournament and scoring one try against Samoa in the pool stage.