Rafael Nadal recently won his 20th Grand Slam title at the French Open 2020 and brought the ‘G.O.A.T’ debate back on the table. Roger Federer and Rafa both have 20 Grand Slam titles now, while World No.1 Novak Djokovic sits at the third position with 17 titles. Talking about this debate in a recent interview, former Russian tennis player Nadezhda Petrova picked the Swiss Maestro over the other two.

The 38-year-old Russian who retired in 2017 with 37 WTA titles admitted that the other two are great players, but added that Federer is simply phenomenal. A cheerful Petrova said, “For me, Federer is still number one. In terms of style, the ability to play well on any surface.” (translated via Google translate)

In the last decade, the ‘Big Three’ has won about 90% of the Grand Slam titles. This highlights the sheer dominance they continue to have in the sport. Many legends have picked one over the other due to many reasons. But, it is a fact that all have the potential to beat either of the other two on their day.

‘He is perfect for me’ – Nadezhda Petrova on Roger Federer 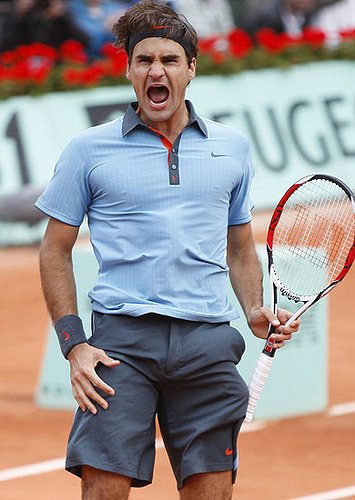 Praising Federer, the Russian, also spoke about the Swiss star’s consistent gameplay, She highlighted his spectacular wins in different tournaments. The 38-year-old said, “If I’m not mistaken, he has the most tournament victories – apart from the ‘majors’. And how many years he was the leader of the world ranking.”

Petrova also acknowledged the fact that Nadal had been playing so well lately. She even admitted that the Spaniard might overtake Federer in the Grand Slam tally before retiring, but this was no criterion for choosing the G.O.A.T.

“At the same time, the achievement of Nadal, 13 championship titles at ‘Roland Garros’, hardly anyone ever will repeat. In addition, he is younger than Federer and can overtake him in the number of final victories at the Grand Slam tournaments. But that will be a separate conversation. Roger is perfect for me,” concluded an enthusiastic Petrova.

This debate is certainly ever-evolving. Those who have seen Federer in his prime refuse to accept that a player better than him would ever grace the courts. Those supporting Nadal believe that his phenomenal record on clay is something that makes him better than the other two. The fans of the Djokovic camp argue that his athleticism is above par, and he is someone who is a big threat on every surface and in any tournament due to his consistency. This is the stature of the ‘Big Three’ in the sport.

“Who is the future of U.S. tennis?” Jen Brady gives pundits an answer – Tennis Magazine