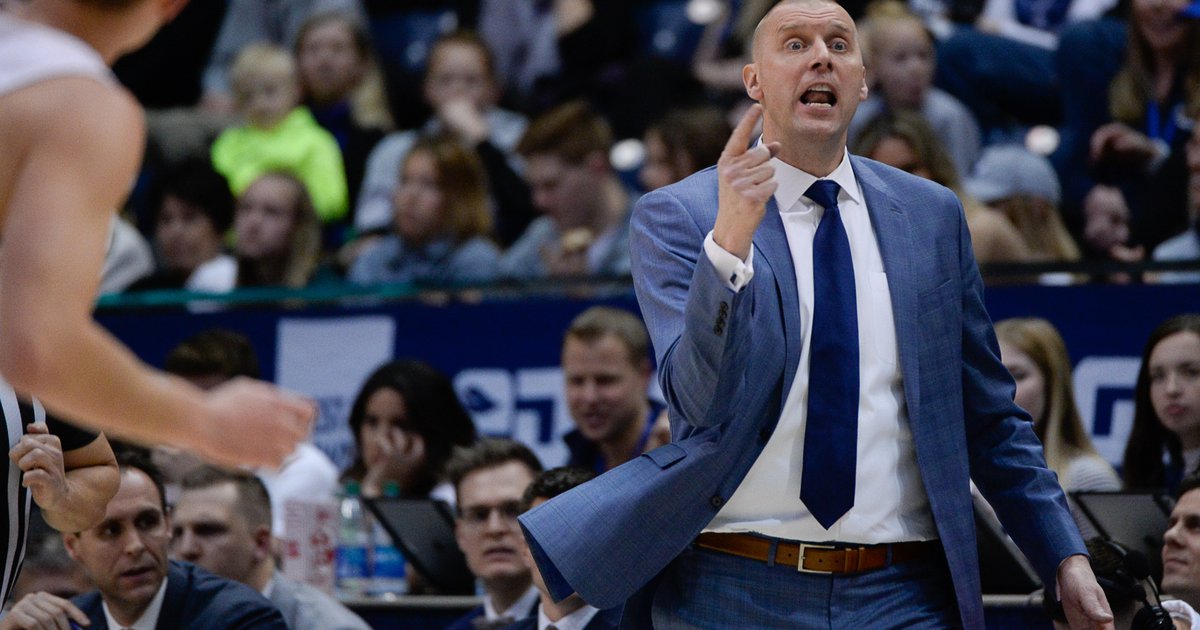 So far, 2020 has been far more different than any other year in recent history. The coronavirus pandemic has forced many cancellations and people to stay indoors as much as possible.

But it has also forced people to get creative to feign a sense of normalcy.

BYU men’s basketball took its first step toward the 2020-21 season Wednesday when the Cougars, along with every other college basketball team, were able to start practicing. And, thanks to coach Mark Pope, the second practice of the day was aired on the BYUtv app.

Without the opportunity to host a Midnight Madness, the decision was a “no-brainer,” according to Pope.

“We just are blessed with these incredible fans — just Cougar Nation — that just cares,” Pope said. “They love being a part of it and we love them being a part of it. So, in terms of trying to grow that connection as quickly as we can. It’s really important to us.”

Having practice aired on BYUtv also provided a glimpse of how the season might be played. With the season six weeks away, decisions still haven’t been made about the possibility of having fans in the Marriott Center.

Chances are, that will be decided on a weekly or bi-weekly basis once the season gets underway.

Either way, as the Cougars do during practice, BYU will need to provide its own energy.

Purdue grad transfer Matt Haarms said playing in empty arenas would remind him of playing without fans at secret scrimmages. Having practice broadcasted is a good way to prepare for that possibility.

“I think that’s really important just to prepare us for a gym where you’re going to hear the ball bounce and there’s not going to be 1,000 fans,” Haarms said. “… It’s going to be a very different environment. So I think it’s really good to get that energy going now so when we get into games we’re used to it, just bringing that energy every single second whether you’re on the bench or on the court.”

With the season six weeks away, the Cougars have their West Coast Conference portion of the schedule squared away, but are still looking to complete the nonconference portion.

The BYU-Utah game was originally scheduled to take place on Dec. 12.

“As soon as the Pac-12 originally talked about canceling all the games until Jan. 1, Larry and Utah called us like ‘hey, we still want to find a way to work in this game,’” Pope said. “That’s probably he beat me last year and he beat me when I was in Utah Valley, so he said ‘I’m going to beat this dude forever.’ But it’s really great because this game is super important.”

As far as the remainder of the schedule, Pope said everything is still in flux. There’s a lot of contracts out that just need to be signed on the dotted line and the second-year coach believes, once one school signs, the rest will quickly follow.

For now, Pope is just hoping to use this practice period to get to know his players and have them get familiar with him.

But one thing is certain: The team is grateful for the opportunity to get back on the court, especially after how the season was cut short last season.

After closing out the regular season with a historic Senior Night upset over then-No. 2 Gonzaga in the Marriott Center, the Cougars dropped a heartbreaker to St. Mary’s in the WCC tournament semifinals. BYU was then expected to make it to the NCAA Tournament as a possible sixth seed, but wasn’t able to close out its historic season.

“Obviously, last year didn’t end up how anybody wanted it to, and it left a sour taste in our mouth, but we can’t hold on to that — we have to move on,” senior Alex Barcello said. “We have this upcoming year and the games ahead of us. And we’re just doing whatever we can to prepare for those games.”