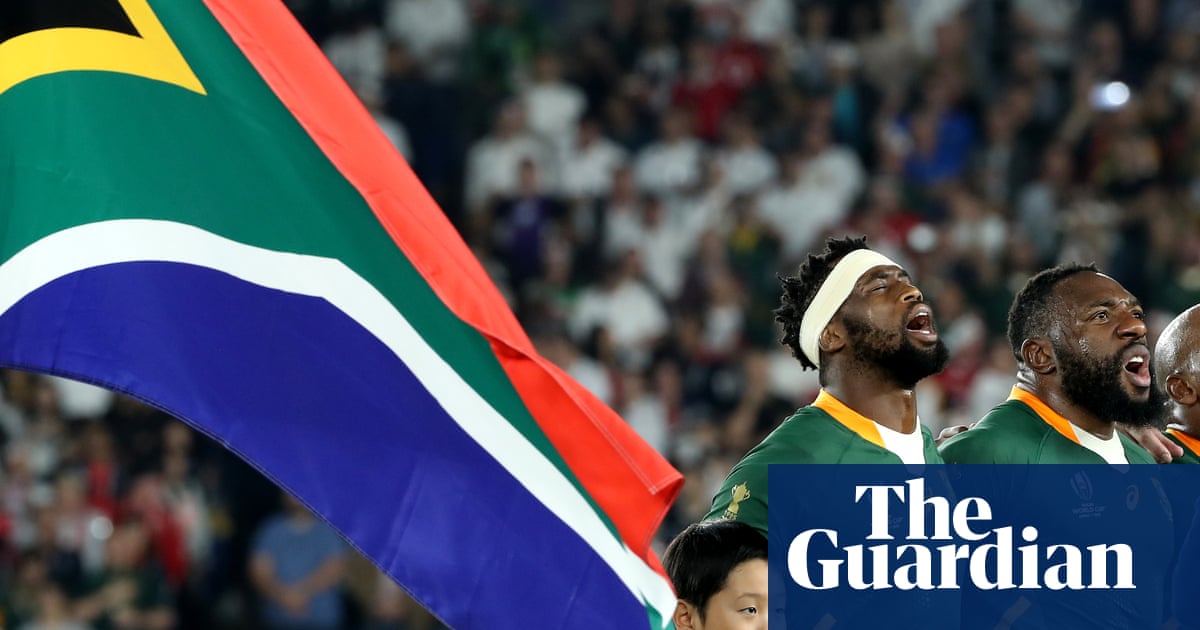 The annual Test tournament also featuring New Zealand, Australia and Argentina was already delayed by the Covid-19 pandemic and is being staged in one country for the first time.

“Naturally, it is extremely disappointing that the Springboks, due to the continued complexities of operating in and around this Covid environment, cannot fully compete in the previously planned six-round Rugby Championship,” SANZAAR chief executive Andy Marinos said.

The championship will now consist of six Tests in Australia, starting with the third Bledisloe Cup clash between the hosts and New Zealand in Sydney on 31 October.

The South African Rugby Union said it had pulled out due to concerns over “player welfare” with the Springboks having had less time to prepare in competition compared to Australia and New Zealand, who completed domestic tournaments weeks ago and opened their Test season last weekend.

“This is a hugely disappointing outcome for supporters and commercial partners but the on-going impacts of the pandemic … mean we are unable to deliver a Springbok team without seriously compromising player welfare, apart from other logistical challenges,” SARU chief executive Jurie Roux said.

Much of the Argentina squad have had no match preparation but are already training in a bio-secure bubble in Sydney. Several Pumas players and coach Mario Ledesma tested positive for Covid during a preparatory camp at home.

Wallabies coach Dave Rennie said South Africa’s absence was disappointing for the competition and for his players.

“If they’re not coming, obviously there are less games and less opportunity for some of our young guys to get a taste of Springbok footy,” he said. “It’s been a challenging years. Again we’re going to have make changes and adjust.”

What now for rugby as dementia risks become clearer? – The Irish Times