A rugby union match between alumni of National Taiwan University (NTU) — including Premier Su Tseng-chang (蘇貞昌) — is to be held on Saturday as part of the team’s 75th anniversary celebrations.

Joining Su for the match will be 29 other well-known figures, including MediaTek chairman Tsai Ming-kai (蔡明介) and Academia Sinica fellow Liao I-chiu (廖一久), who was awarded the Nikkei Asia Prize for his research in aquaculture.

When it was started 75 years ago, the NTU team took on other university teams as the Water Buffaloes, NTU Rugby Association director Wang Chien-min (王健敏) said. 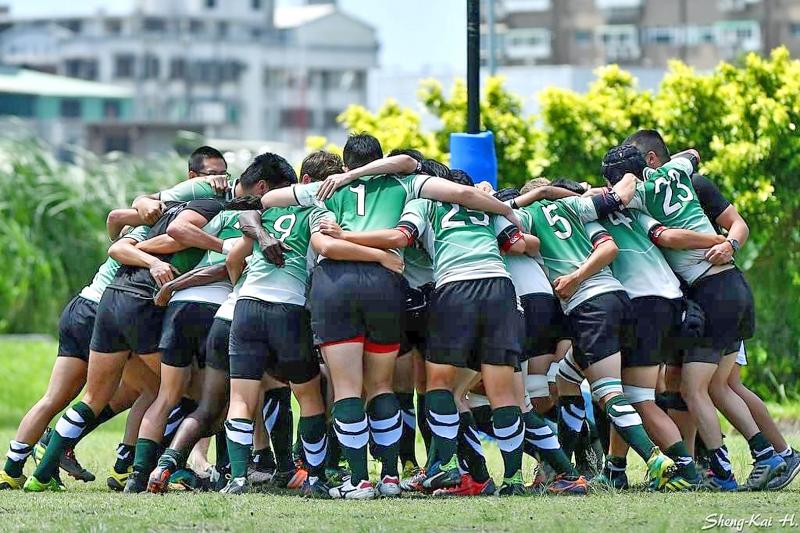 The NTU College of Medicine started its own team at about the same time and for many years, both squads were known as the Water Buffaloes, he added.

“The NTU team is Taiwan’s oldest rugby team,” NTU alumni Tsao Yi-hui (曹以會) said. “It really has the power to pull people together. Every time they hold an anniversary event, it draws in crowds of older alumni.”

NTU Hospital department of obstetrics and gynecology assistant professor Shih Jin-chung (施景中) said that most of the alumni who are physicians and might be attending are aged 40 to 55, but they remain passionate about rugby.

Rugby requires sustained running throughout the match and involves robust physical contact, which makes it an excellent way for middle-aged doctors to stay healthy, while reducing work-related stress, he added.

Comments will be moderated. Keep comments relevant to the article. Remarks containing abusive and obscene language, personal attacks of any kind or promotion will be removed and the user banned. Final decision will be at the discretion of the Taipei Times.