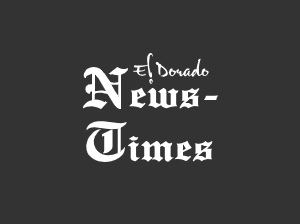 Smackover’s Mackenzie Preston stepped into the 3A State Tennis Tournament with a goal of advancing farther than the second round. The junior did just that, earning All-State honors after pushing to the semifinals before settling for a fourth-place showing.

Preston, who has qualified for the state tournament in all three of her seasons, had her best ever finish despite a season shortened by the pandemic.

“I could not be prouder of her effort and example,” said Smackover coach Sonia Barker. “I am excited for her senior season where I know she will hone her skills with the ever-present thought that the final round of State is all she has left that she has not accomplished.”

Making it out of the first round wasn’t easy. Preston opened against Corning’s Kenlie Watson, who was also determined to advance. Preston emerged with a hard-fought 7-5, 3-6, 6-2 victory.

“She worked her way on top by serving well and using smart shot choices to win the first set,” said Barker.

Preston had an easier time in the second round, dispatching Reagan Rabb of Central Arkansas Christian 6-2, 6-2.

Cave City’s Keylee Lyons, who had a default win to the semifinals, proved too tough and vanquished Preston 6-2, 6-3.

“This was a tough loss for her because her shots in her arsenal, and she has quite a few, were just not there for her in this match,” said Barker. “She lost the one pro set of eight games to finish fourth in State, and though she struggled with her strokes in both of Tuesday’s matches she never gave up, never lost composure, and never stopped fighting.”