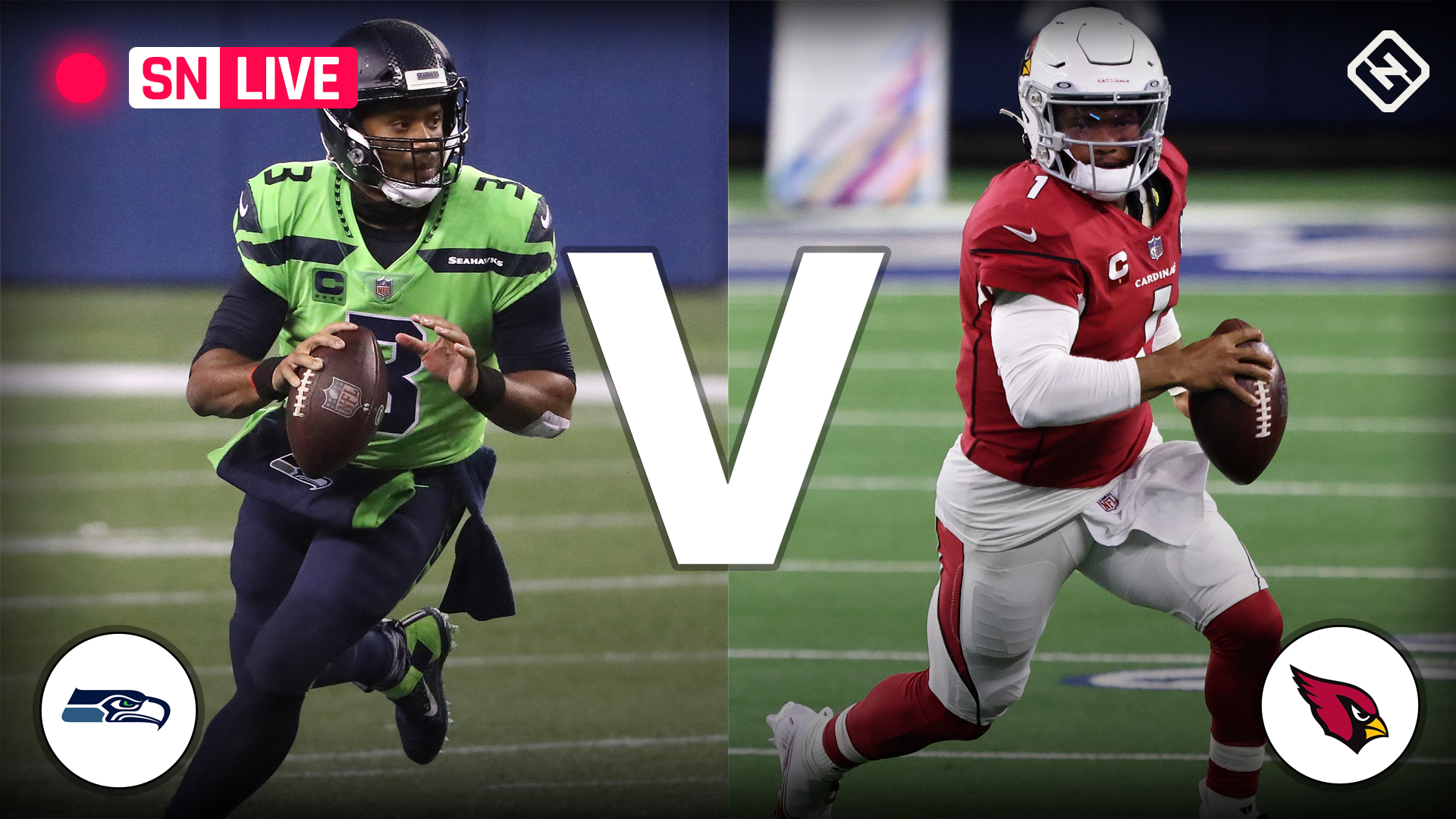 Week 7’s “Sunday Night Football” matchup between the Seahawks and the Cardinals feels like a matchup of present vs. future.

Russell Wilson represents the present as the premier undersized, fleet-footed QB in the NFL. Wilson is an early MVP favorite after throwing for 1,502 yards and a league-best 19 TDs in Seattle’s first five games. He, with the help of receivers D.K. Metcalf and Tyler Lockett, has the Seahawks (5-0) back to playing like a Super Bowl contender.

Kyler Murray represents the future. Wilson may be the prototype that helped pave the way for Murray to be selected No. 1 overall in the 2019 NFL Draft, but Murray’s talents as a scrambler and a thrower might be even better than Wilson. The 2019 Offensive Rookie of the Year has been even more impressive in 2020 with 1,487 yards passing and 10 touchdowns through the air, along with 370 yards rushing and six TDs on the ground. It looks like he’s helped the Cardinals (4-2) turn the corner in year two, and they could be on the rise for years to come.

Sporting News is tracking live scoring updates and highlights from Seahawks vs. Cardinals on ” Sunday Night Football.” Follow below for complete results from the NFL Week 7 game.

11:31 p.m. — TOUCHDOWN, CARDINALS. Murray hits Kirk on a hitch for an 8-yard TD. Arizona cuts it to 34-31 with 2:28 remaining in regulation. Cardinals have two timeouts and the two-minute warning coming up.

11:29 p.m. — Gonzalez hits a 52-yard field goal, but an unsportsmanlike conduct penalty against Seattle gives the Cardinals a first down at the Seattle 19-yard line with 2:57 to play.

11:15 p.m. — TOUCHDOWN, SEAHAWKS. The call is overturned on a challenge as Lockett kept his feet inbounds in the back of the end zone. It’s a 3-yard TD catch for his third of the night. Seahawks lead 34-24 with 6:44 remaining in regulation.

10:59 p.m. — BACK-TO-BACK PICKS. This time Murray is intercepted by Quandre Diggs on the very next play. Seattle gets it back at the Arizona 45-yard line with 12:09 remaining in the fourth quarter.

10:56 p.m. — INTERCEPTION. A rare errant throw from Wilson is picked off by Patrick Peterson in the end zone. The pass went over the heald of Metcalf. Arizona takes over at its 20-yard line, 12:18 left in regulation.

10:30 p.m. — Seattle can’t get anything going on its first drive either. Michael Dickson punts it down to the Arizona 7-yard line with 8:30 left in the third quarter.

Cool moment for Larry Fitzgerald on that final drive as he becomes just the second player in NFL history with 1,400 career receptions.

9:48 p.m. — TOUCHDOWN, SEAHAWKS. Wilson drops a picture-perfect deep ball right into the hands of Tyler Lockett for a 47-yard TD. Seattle leads 27-14 with 43 seconds left in the first half.

9:23 p.m. — TURNOVER ON DOWNS. Seattle comes up with a big goal line stand and forces Murray to chuck it up on fourth and goal. Seahawks get the ball back with 6:43 to play in the first half, still leading 13-7.

9:20 p.m. — INTERCEPTION. Wilson tries to float one to Chris Carson at the goal line, but Budda Baker snatches it and runs it all the way down to the Seattle 8-yard line before finally being chased down by D.K. Metcalf.

Pete Carroll is fired up.

9:09 p.m. — FIELD GOAL, SEAHAWKS. A nice pass breakup by Haason Reddick on third down forces Seattle to kick. Myers hits from 44 yards to give Seattle a 13-7 lead with 12:50 left in the first half.

8:57 p.m. — TOUCHDOWN, CARDINALS. Kyler Murray finds DeAndre Hopkins just inside the sideline for a 35-yard TD. Seattle’s lead is trimmed to 10-7 with 2:39 left in the first quarter.

8:49 p.m. — FIELD GOAL, SEAHAWKS. A 23-yard TD from Wilson to Greg Olsen is taken off the board as Olsen was ruled out of bounds on the review. Jason Myers connects from 41 yards out to give Seattle a 10-0 lead with 6:35 remaining in the first quarter.

8:34 p.m. — Nothing doing for Arizona on its first possession. Seattle gets it back at its 34-yard line with 10:26 left in the first quarter.

8:27 p.m. — TOUCHDOWN, SEAHAWKS. Wilson roles to his left and finds Tyler Lockett wide open for a 3-yard score. Seattle leads 7-0 with 11:59 left in the opening period.

Great statement by the Seahawks on that drive. Wilson completed 5-of-5 passes for 65 yards, including this 34-yard bomb to Lockett on the first play.

8:23 p.m. — The Cardinals kick things off and Russell Wilson will lead the Seahawks out for the opening drive.

All “Sunday Night Football” games in 2020 have the same start time of 8:20 p.m. ET. There are Sunday night games scheduled for every week of the season except Week 17, though the NFL has the ability to flex a game into a Week 17 “SNF” window.