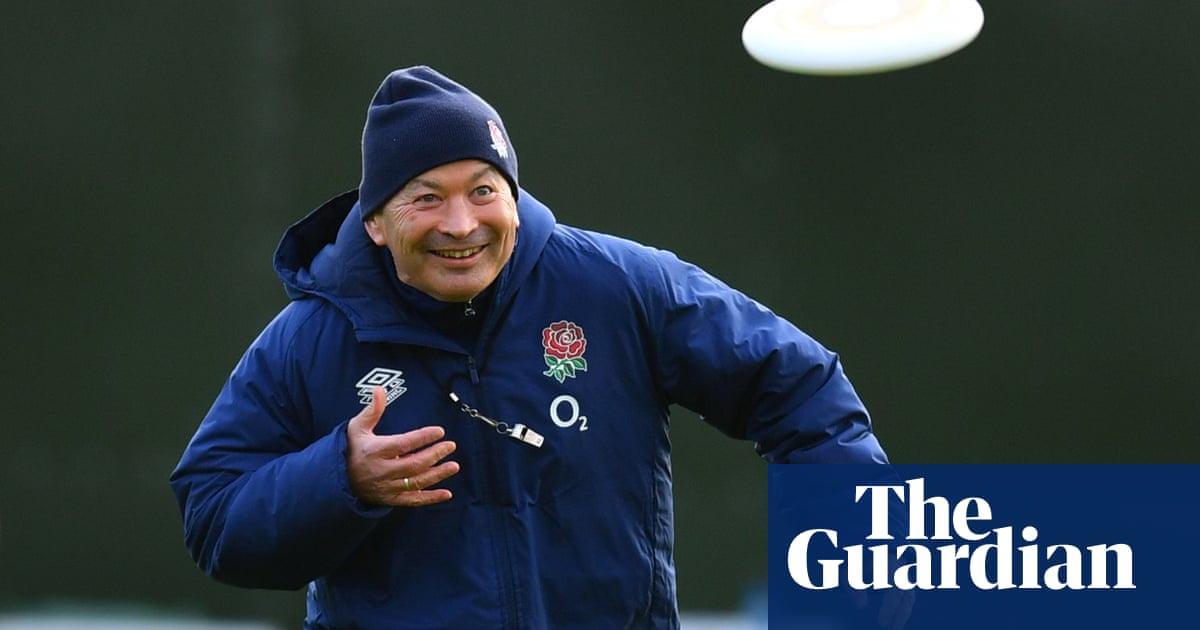 Eddie Jones has claimed the Barbarians fiasco – which on Thursday night saw 13 players charged by the Rugby Football Union – has reduced the sport to a “laughing stock”, urging his England side to restore the sport’s battered reputation when they seek to clinch the Six Nations title on Saturday.

The RFU on Thursday night confirmed charges of breaching Covid protocols and providing false statements against the 13 players after it emerged a group of Barbarians, including the former national captain Chris Robshaw, had two unauthorised nights out in Mayfair last week, ultimately leading to Sunday’s match against England being called off.

The players will attend disciplinary hearings and face the prospect of fines and suspensions while the decision to cancel the match is set to cost the RFU around £1m and has seen rugby union portrayed as “not a serious sport”, according to Jones. It also denied England the chance to warm up for their Six Nations finale and means Saturday’s match in Rome will be their first match in nearly eight months. Jones’s side could still end up as Six Nations champions with a big win in Rome. With the second wave of the pandemic taking hold, and with no England supporters allowed to attend, the head coach has urged his players to bring the nation some much-needed cheer.

“We understand that rugby at the moment is a bit of a laughing stock and we all love the game,” Jones said. “We are lucky enough to play the game at the highest level and we want to make sure we put the game back where it needs to be.

“We have a great game in rugby and we don’t like to see it be portrayed as something that is not a serious sport, as it has been.

“So we understand both of those responsibilities and it is a weight we carry and it is a weight that we enjoy carrying. No one likes to see a game called off because of a breakdown in the protocols in society at the moment. That’s what happened. It is not good for rugby but we have got an opportunity to turn that around.

“It’s been a difficult time for society. People have lost their jobs, people have lost family members, so we feel absolutely privileged to have the opportunity to play top-level rugby and our responsibility is to put a smile on people’s faces and we would like to make people happy for a period of time that maybe takes away some of the pain of society at the moment.”

England will almost certainly clinch the Six Nations title with a sizeable bonus-point victory if neither France nor Ireland, who play each other in the final match of the day, can match that feat. Jones’s side, who flew to Italy on Thursday, are the odds-on favourites but it is understood the Six Nations trophy will be in Paris, rather than Rome, and in the event England are crowned champions a presentation will take place in London on Sunday.

With so much still at stake, Jones has named an experienced lineup with the Exeter lock Jonny Hill the only debutant in his starting XV though Ollie Lawrence, Ollie Thorley and Tom Dunn could all win first caps from the bench. And while he believes the sport’s reputation is in the gutter, he highlighted the Australian cricket team’s recovery from their Sandpaper-gate scandal as an example of how quickly faith can be restored.

“History shows that sport changes quickly,” added Jones. “If you look at the situation with the Australian cricket team and the sandpaper, that time was not a great time for cricket and it was not a great time for Australian cricket. Now people have forgotten that and it is our responsibility to put on a performance so that people don’t remember what happened from a couple of weeks ago.”

In George Ford’s injury-enforced absence, the captain Owen Farrell returns to fly-half for his first appearance since a sending off in early September led to a five-match ban. Farrell dismissed any suggestions of lingering rust before echoing Jones’s sentiments.

He said: “All I can say is that we as players understand the fortunate position we are in at the moment. We are unbelievably excited about that and the thing we want to show is how much we love playing for England and how much we can’t wait to play this weekend.

“Hopefully that feeds through to everybody at home.”

on Thursday when the RFU reported an operating loss for 2019-20 in excess of £10m even before the full impact of the coronavirus pandemic has been felt. Twickenham’s finances for the financial year show a loss of £10.8m – lower than the £11.5m that was budgeted due to the cost of the World Cup campaign and hosting only two Six Nations fixtures.