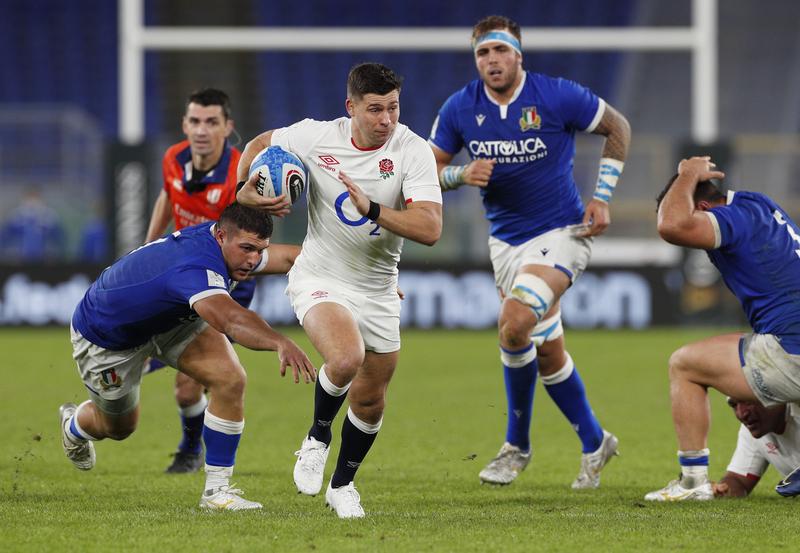 ROME (Reuters) – England finished strongly to beat Italy 34-5 in Rome and put themselves in prime position to win the Six Nations championship but they must wait until the end of the France v Ireland game later on Saturday to discover if they have done enough.

England, who began the day 23 points behind Ireland on points difference and two ahead of France, are now six ahead of the Irish and will hope they don’t manage a bonus-point win over the French that would give them the title whatever the score.

England, playing their first game since March, made hard work of it and started to gain control only when scrumhalf Ben Youngs marked his 100th appearance with his second try to open up a 17-5 lead early in the second half.

Further tries for Jamie George, Tom Curry and Henry Slade took England clear but it was a performance to forget, albeit one that might be enough to secure their third title in five years.