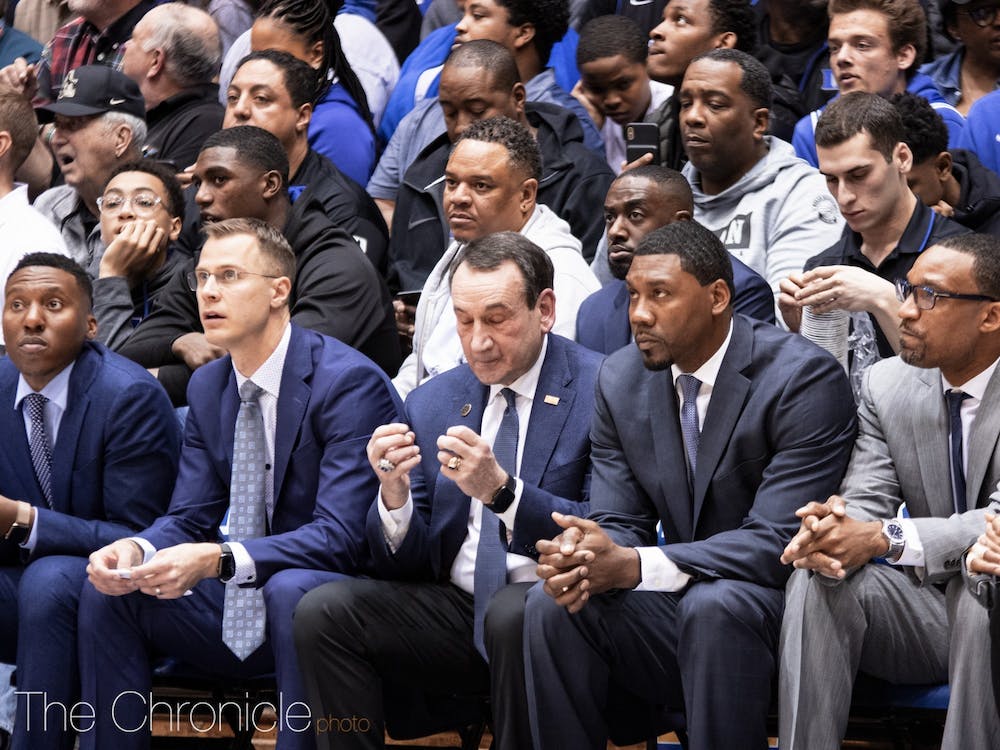 Despite Duke men’s basketball keeping its schedule close to the vest all offseason, the first inkling of a 2020-2021 schedule is starting to come to fruition.

Despite the start of the season being less than a month away, there is still a lot of uncertainty regarding the logistics of college basketball. The Chronicle has compiled numerous reports from the past weeks and analyzed recent news to create a sense of what the college basketball season currently looks like for the Blue Devils.

It looks like Duke at least knows who it will be playing throughout its conference schedule, though the dates and times for matchups are still up in the air.

The Blue Devils will have home and away contests with North Carolina, Wake Forest, Georgia Tech, Louisville, Pittsburgh and Notre Dame. They will host Clemson, Boston College,  Syracuse and Virginia in Cameron Indoor Stadium and will face Miami, Florida State, N.C. State and Virginia Tech on the road.

After much speculation over the offseason, the team officially announced it will co-host its own multi-team event: The Duke Classic Honoring Dr. Onye E. Akwari. The event will include Howard, Elon and Bellarmine, with the Blue Devils welcoming the latter two for games in Cameron Indoor Stadium in early December. Akwari, who passed away in 2019, was the first African-American surgeon at Duke.

What we don’t know

NCAA tournament: At this point, we have no idea what the 2021 NCAA Tournament is going to look like. After head coach Mike Krzyzewski spearheaded a conference-wide effort to give every NCAA Division I basketball program a berth into the tournament, the NCAA shot it down quickly.

It is a mystery how March Madness will take place in a manner that coincides with COVID-19 guidelines. This week, ESPN cancelled all preexisting plans to host an NBA-like bubble in Orlando for various in-season college basketball tournaments.

ESPN and several universities could not agree on the terms of COVID-19 protocol, begging the question of how the NCAA tournament will be carried out with schools still struggling with the operations of four-team events.

Get Overtime, all Duke athletics

Signup for our editorially curated, weekly newsletter. Cancel at any time.

Champions Classic: With no NCAA bubbles in Orlando happening, a big question mark surrounds the Champion’s Classic that Duke, Michigan State, Kansas and Kentucky participate in every year. CBS’s Matt Norlander reported that all four schools are optimistic that the event will happen, but how is the question.

It is scheduled to take place at the beginning of December, and without Orlando as an option, teams are going to have to act quickly to solidify the details.

Michigan State is the men’s college basketball team of the week – NCAA.com