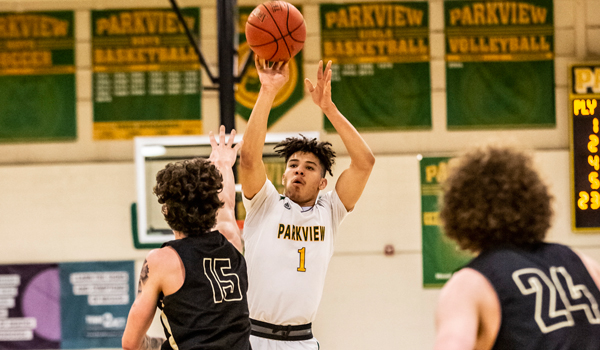 Parkview boys basketball posted a 17-9 overall record last year. The season ended with a 68-39 loss to Nixa the district semifinals.

The Vikings have key players to replace from that roster led by senior point guard Dontae Taylor, who was a four-year starter. Taylor led the team with 16.6 points per game while handing out 3.6 assists per game. He earned first-team all-conference honors.

“We will definitely miss Dontae and his leadership,” Parkview head coach Landon Cornish said. “He was a four-year varsity starter and the sixth all-time leading scorer in Parkview history. We were able to count on his consistency on and off the court, as a presence in the locker room, leading drills in practice, etc. He was able to teach the returning players how things are expected to go within our program and now it will be their turn to take the lead.”

Parkview also must replace its other first-team all-conference selection Trevon Brazile, who transferred to Kickapoo.

Junior Elijah Whitley is the top returning player after earning honorable mention all-conference honors as a sophomore. He averaged 11.3 points and 3.8 rebounds per game last year.

“Elijah is a tireless worker. He is always in the gym getting shots up after practice, and will definitely assume a larger role offensively and defensively for this year’s team,” Cornish said. “Physically he has worked to get stronger and mature. He’s a plus athlete who can get up on the rim and make a lot of plays. I think his offensive rebounding and extending possessions for us this year will be important.”

Kevin Parker Jr. will have an expanded role this year as a sophomore. He played in 18 varsity games last season.

“He can really shoot the ball, but has also worked on creating space and setting up his teammates. He and Elijah will play well off one another on the perimeter,” Cornish said.

Senior Damien Harris will be a key player in the post standing at six-foot-three-inches.

“(He) has a great offensive skill set and is probably our best passer,” Cornish said. “He has worked hard to get in game shape to make a big impact on the varsity level this year.”

Brandon Allen is a 6’2 guard that will bring great length and athleticism to the Vikings in his senior year.

“(Allen has) has really worked on finishing around the basket and getting out in transition. He will be a guy that we want to defend the other team’s best player a lot. His ability to rebound and create turnovers will be important,” Cornish said.

Amarre Clark played in 22 games as a freshman last year. The 5’10 guard averaged 3.8 points per game.

“(Clark is) really quick and can score in a hurry. Amarre can push the pace of a game and speed things up offensively and defensively,” Cornish said. “One of the biggest keys for us this year will be for Amarre to create looks for other guys, he has the ability to penetrate and get guys open.”

Senior forward Anthony Green has started games since he was a sophomore. The senior averaged 3.4 points and 3.2 rebounds per game last year.

“We will really need him to be a presence around the rim with his size,” Cornish said. “He will have to be able to rebound and defend in the post for us to be successful. He has a good offensive skill set and can shoot the ball from three. His efficiency and being able to impact the games on both ends will be important.”

“(Jackson is a) great athlete and defender. He has varsity experience and really wants to compete. His competitiveness and commitment to doing whatever we need to win games is a huge asset for our team. Having him speed up the game with his defense and energy will be big for us,” Cornish said.

Shane Glass will be a varsity newcomer this year. The 6’4 junior forward will bring versatility to the Vikings.

“Shane is a hard worker and a very competitive player. He’s a long athlete that can guard multiple positions. His ability to guard inside and out helps our pressure defense and getting out in transition. He played really well for us this summer and will be a key piece for our team this season,” Cornish said.

Parkview will look for all of the players to come together to take aim at a strong postseason run.

“We believe in our program’s culture and system. We will play hard every game, compete, and play as a team. We feel good about our overall depth and the guys that we have to step-up and make big contributions,” Cornish said. “Our expectations remain the same as they do every year, no matter the circumstances, control what we can control and play. We will play together and treat every day as an opportunity to improve in order to be playing our best basketball down the stretch.”

Parkview opens the season Nov. 30-Dec. 5 at the Republic Tournament. The Vikings will also play in the Blue & Gold Tournament and the Nixa Invitational this year.