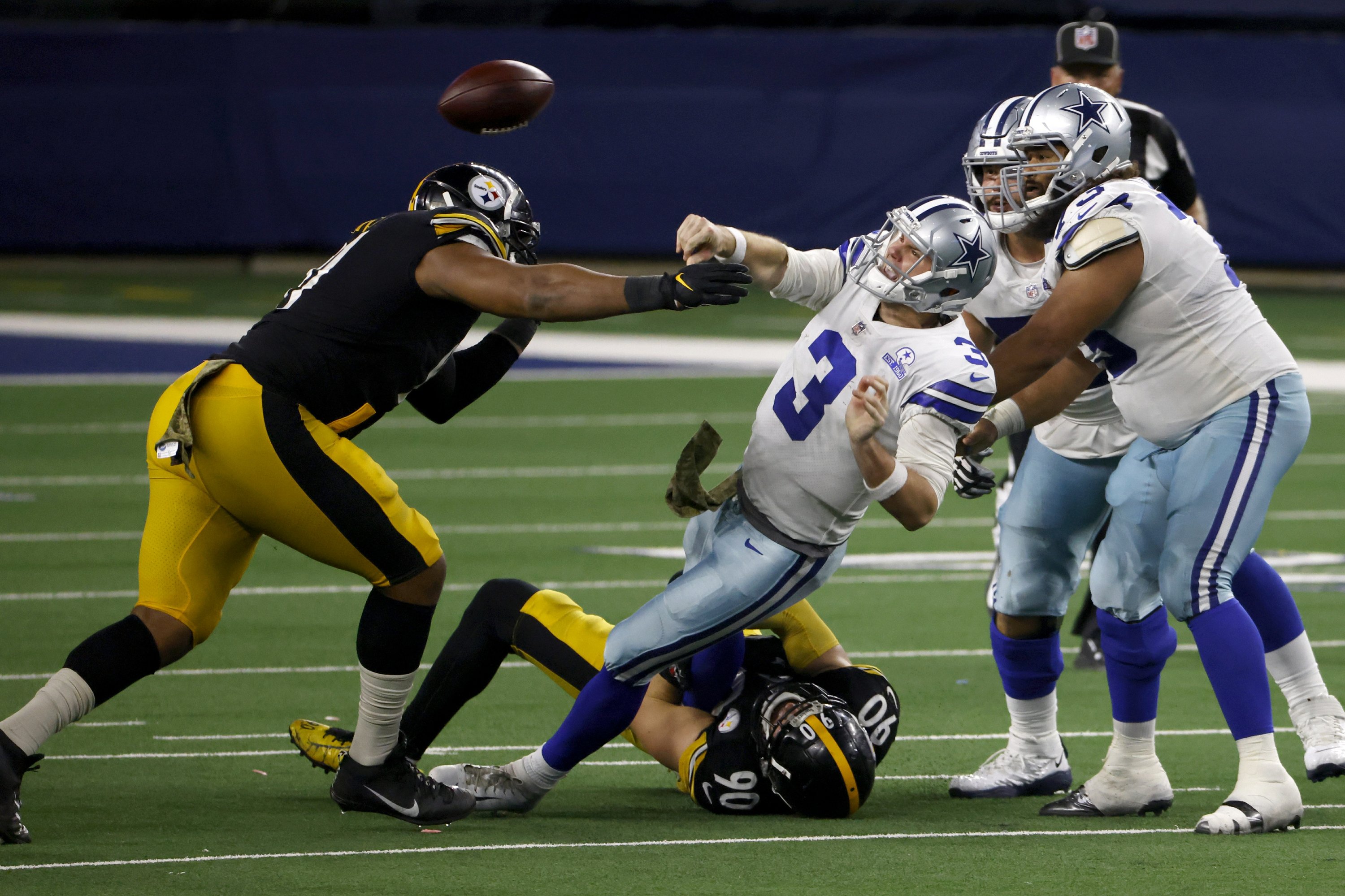 Be prepared, or be ready for an unexpected challenge.

That’s an NFL mantra that seems to always be in play. Perfect proof was provided Sunday in Big D, where the unbeaten Steelers nearly had a Big Debacle against the woeful Cowboys.

Sure, the resilient and versatile Steelers came back after trailing all day to win 24-19 against an opponent they should have shoved aside without breaking a sweat. Instead, because they were as flat as the turf in Jerry Jones’ palace, they had to sweat out everything. Such as a bumbling beginning. A knee injury for Ben Roethlisberger when the quarterback was sandwiched by two Cowboys pass rushers, slowing but not stopping him. And a pair of missed extra points — even though Chris Boswell made a 59-yard field goal.

Still, these Steelers are the only squad in franchise history to go 8-0, though they weren’t kidding themselves about how they got there.

“We’re humbled and honored to be in that group,” coach Mike Tomlin said. “It’s not without its trials today, obviously. Some of it was created by us. We can’t keep having these conversations every week because one of these weeks we’ll be doing it with an ‘L’ if we’re not careful.”

Perhaps it was understandable. After all, the Steelers were coming off one emotional victory after another, against long-time rival (and, apparently, playoff pretender) Cleveland, unbeaten Tennessee and archrival Baltimore. They were facing the most underachieving, albeit banged-up, squad in pro football, with journeyman quarterback Garrett Gilbert in his first NFL start, and on a three-game slide.

Certainly it was more understandable than what the Buccaneers came up with against their top division and possibly conference foe, the Saints, on Sunday night. That motivation and undivided attention should have been a no-brainer. Yet Tampa Bay played a pretty brainless first half, falling behind 31-0, even putting his young daughter who was at the game to sleep.

That Pittsburgh overcame it’s own languor and the Cowboys’ most spirited performance all season is a tribute to the Steelers’ resourcefulness. And guts. Roethlisberger easily could have sat out the second half, his eye on further prizes. He’s not built that way, and neither is his team.

And he believes the Steelers will learn from struggling like they did Sunday.

“I hope so. It’s the NFL. There are no easy games,” he said. “We’re the Pittsburgh Steelers. We know everybody is coming for us.”

As the Steelers and everyone else move into the second half of the schedule, they should look at Sunday as a cautionary tale. It surely was that for the Buccaneers, who looked lethargic and confused in only their biggest test so far this season.

Same for Seattle, which had a difficult chore in traveling cross-country to Buffalo and then having an early kickoff. But the Bills, who have struggled a bit the last month, blew away the Seahawks in the first half, toying with a defense that was practically invisible for the first half of a 44-34 Buffalo win.

“What I will tell you is I don’t recognize that game. We haven’t seen us look like that, and it’s a game that I don’t have any place in my brain for it,” coach Pete Carroll said. “It’s just such an out-of-character game across the board that I don’t even recognize us.”

But it happens to virtually ever club some time during a 17-week schedule. During 2020, with all of the pandemic-related issues, it is even more difficult to remain on an even keel. Being stoked in every situation? No way.

And so on through November and December. Remember, overcoming lethargy and still succeeding is a rare, irreplaceable quality.

“I think it just shows a mental toughness,” star Steelers defensive lineman Cam Heyward said. “The last three games have been on the road, played quality opponents. Guys are hungry. Takes different guys to step up each game.

“I’m glad we’re in a position where everybody has to chase us.”

On Football: The long and the longer of NFL placekicking – Yahoo Sports