The Japan Rugby Top League announced Monday it will go back to the future by moving its Jan. 16 season opener to the National Stadium, the centerpiece of the postponed Tokyo Olympics. 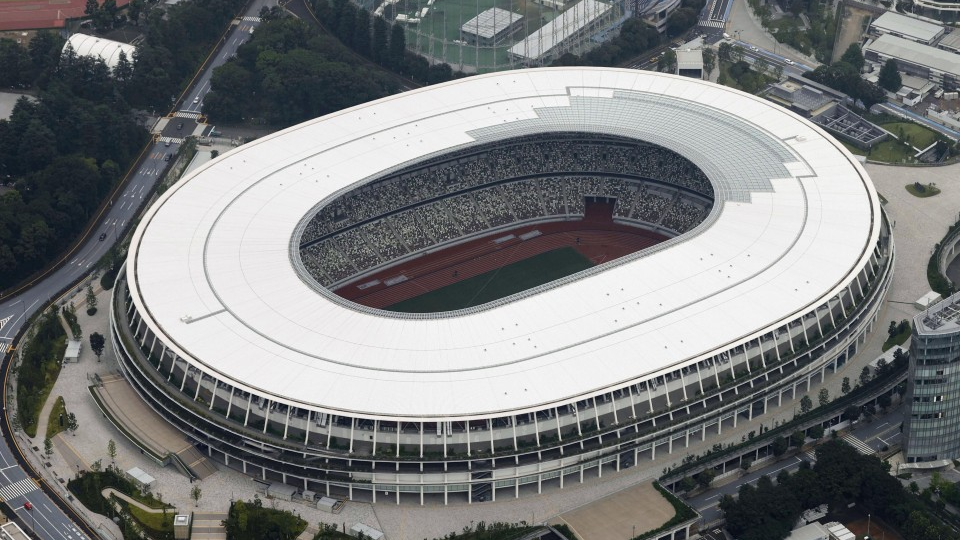 Photo taken from a Kyodo News helicopter on July 21, 2020, shows the National Stadium, the main venue of the Tokyo Olympics and Paralympics. (Kyodo) ==Kyodo

The opening day battle sets up a rematch between Toshiba Brave Lupus’ Michael Leitch and NTT Communications Shining Arcs’ Greig Laidlaw. The two last met in the final pool game of the 2019 Rugby World Cup with Leitch skippering Japan to a 28-21 victory over Laidlaw-led Scotland to send the Brave Blossoms into the quarterfinals for the first time.

The game, originally slated for neighboring Prince Chichibu Memorial Rugby Ground, will be the first Top League match at the new venue built for the 2020 Tokyo Olympics. The league last played at the previous national stadium in its 2006-2007 season.

The Top League also announced its plan for the upcoming season’s championship playoffs. The first two teams from each of four second-stage pools, will enter the eight-team knockout phase, starting on May 8 and May 9.