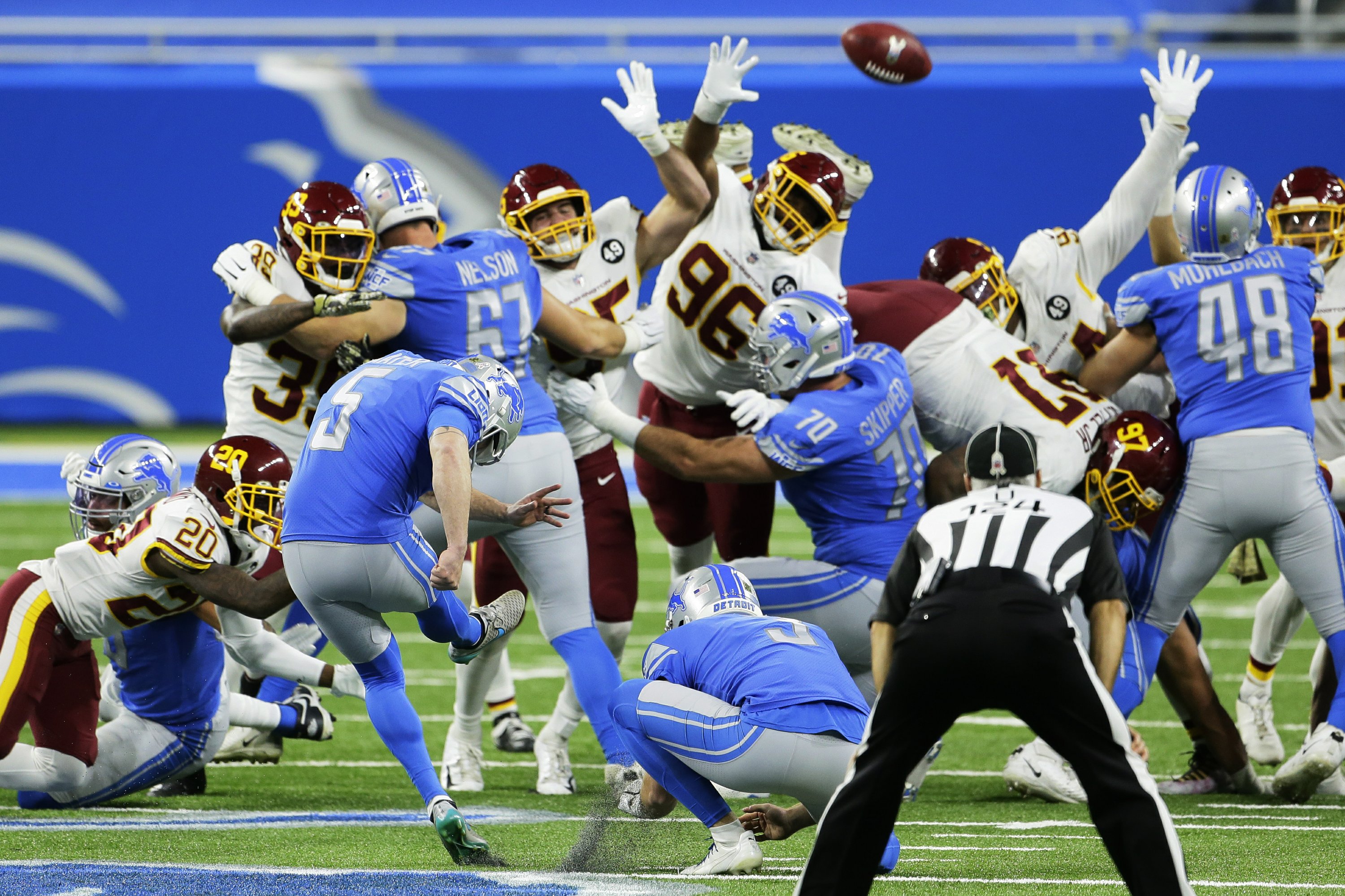 There was a time when NFL coaches only trusted their placekickers if all other options were exhausted.

From there, things progressed to relying on the soccer-style booters from, say, 50 yards in.

Now? After what we witnessed Sunday, Matt Prater’s record 64-yard field goal is endangered. And Prater is one of those threatening it.

Week 10 has seen 11 field goals of at least 50 yards, tied with Week 13 of the 2012 season for the most in a single week in an NFL history. That includes Seattle’s Jason Myers knocking through a 61-yarder to end the half at the Los Angeles Rams.

And get this: There were four weeks with 10 50-yard or longer field goals in the past, including last week, meaning it has happened in consecutive weeks in 2020 when it occurred only three other times in league history.

Prater’s was the most dramatic on Sunday.

“The same as any other kick,” said Prater, who made the 64-yarder as the first half expired for the Broncos in Denver in 2013. “Just go out and swing hard and hope it goes straight type thing. I don’t need any more pressure on myself or think that it’s anything more than it is. It’s just a field goal.”

A LONG field goal, though it could have been an even longer attempt. Detroit completed a short pass to set up the 59-yarder.

“Absolutely,” Prater said of going even longer. “In that situation, I would go out and attempt anything.”

He was outdone in length by Myers, whose boomer was needed because Russell Wilson and Seattle’s normally prolific offense was mistake prone against the Rams.

“It was a fantastic kick,” coach Pete Carroll said. “He’s off to a great season. He’s doing everything we ask of him.”

What coaches are asking of their placekickers is to have no limit on their field goal range. And the kickers are answering in style.

While Sunday’s best performances came in pristine conditions at Detroit, Los Angeles and Arizona — we’ll get to Buffalo’s Tyler Bass in a moment — don’t surmise that the prolific and productive kickers only work in such conditions. Justin Tucker, the NFL’s most accurate kicker ever, plays for Baltimore. Graham Gano works in the New Jersey Meadowlands with the Giants. Harrison Butker is with Kansas City. All of those are notoriously challenging because of weather, mainly swirling winds.

Rookie Bass might be the poster child for developing placekickers and turning them loose.

The Bills drafted him in the sixth round out of Georgia Southern on the recommendation of special teams coordinator Heath Farwell, who went to the school’s pro day to see Bass after working with him at the Senior Bowl.

Bass supplanted veteran Stephen Hauschka in training camp mostly because he had the stronger leg and was capable of hitting field goals from longer distances than Hauschka. Proof? At Arizona, Bass nailed field goals from 54, then 55 and finally 58 yards in a 32-30 loss to the Cardinals.

He also matched a franchise mark by hitting six field goal attempts in an 18-10 win at Jets on Oct. 25, including one from 53 yards.

The contributions of placekickers have been underestimated for decades — in part because until, say, the 1990s, they weren’t as reliable as coaches wanted. There are just two of them in the Pro Football Hall of Fame: Jan Stenerud and Morten Andersen. Although Andersen was the NFL’s career scoring leader until Adam Vinatieri passed him, it took him five tries to get into the Canton shrine.

Consider that he was the kicker on the NFL’s All-Decade Team for both the 1980s and 1990s, a seven-time Pro Bowler, and the career leading scorer for both the Saints and Falcons.

With the importance of kickers, uh, skyrocketing — Vinatieri and Tucker seem headed for Canton, and such veterans as Gano, Prater, Mason Crosby, Brandon McManus, and Greg Zuerlein ply their trade superbly — the foot in pro football is in good hands.

Well, you know what we mean.