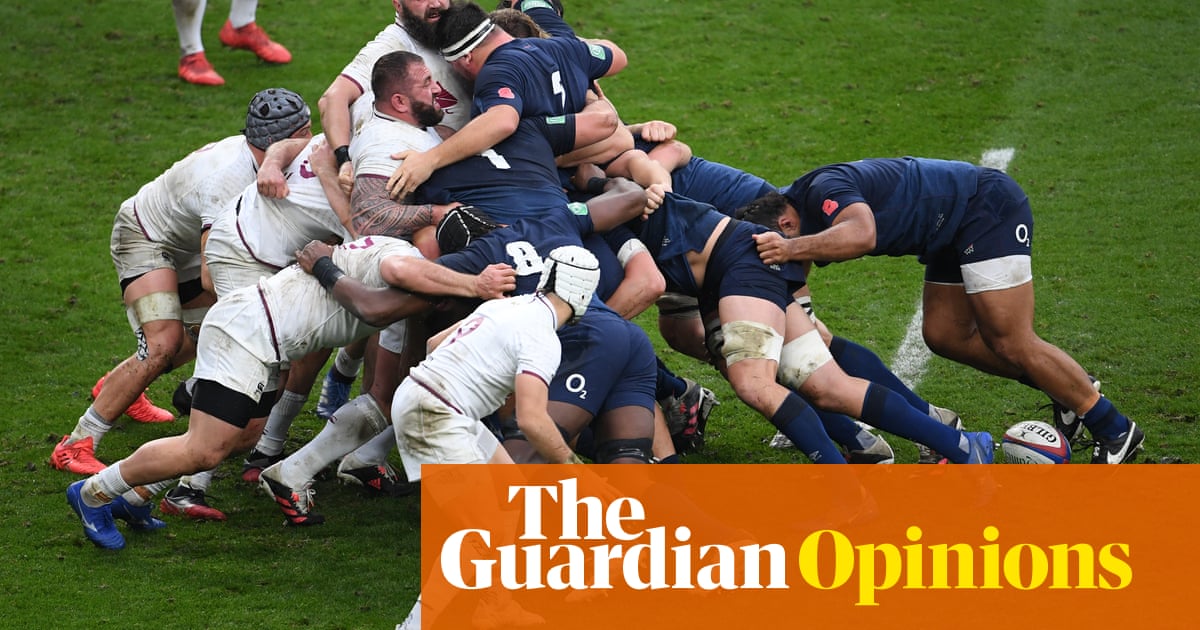 It is five years to the day since Eddie Jones was appointed as England’s head coach. When he first arrived he said that he wanted his team to play a traditional English game, starting with the set-piece and the defence, and then layering on the attack. It’s almost as if, four years on, he’s reset and is doing the same again. The difference is that he has added a relentless pressure in every facet of their game. Pressure can look like a lot of different things, whether it’s your effort, your kick-chase or your set-piece, but England did not let up in beating Georgia 40-0 and, crucially, they did not get bored with what they were doing.

What I see from this England side is an ability to identify a weakness and then relentlessly target it. Against Italy it was their susceptibility under the high ball, against Georgia it was the driving lineout, and we will see what Ireland’s weakness is and how hard England try to exploit it on Saturday. I’m the first to admit that I want to see England playing with some real style but at the same time I find that as a nation and as supporters we can be hard to please. Yes, at times it was dull against Georgia, but we have got an England team who have just won the Six Nations, lost only once this year, and did not concede a point in their last match, but still there is something to moan about. I can say without doubt that if you’re Wales coach Wayne Pivac, you would take the performance England produced last weekend. In fact, a lot of coaches and teams would.

This is how England play. The laws largely dictate it. When defences have 14 men on their feet with just one player in the ruck it is hard to find space and let’s credit England. They have found a way to adapt, to bludgeon teams, win the arm-wrestles, get territory and keep the scoreboard ticking over.

Going back to the idea of relentlessness, I’ve enjoyed the way that Jones has repeatedly talked about the importance of this game. When a team is struggling a bit, or going through a transition, as Ireland are, it’s easy to let the narrative become that the match is more important for them – particularly when it’s against England. It would also be easy for Jones’s players to let a bit of complacency creep in after two comfortable wins but he has sought to stamp that out immediately.

When you look at all the big teams, they have an identity that gets them success. With Ireland we knew what that was but I don’t think the gameplan that got them a lot of success in 2018 is good enough for them to compete against the very best any longer. We have seen it provincially, when teams get stuck into Leinster it disables the way they play. Saracens did it a couple of months ago and I think we could see a similar outcome on Saturday if Ireland try to do what they have done in the last couple of years.

Having said that, I’m pleased that James Ryan is captaining Ireland this weekend. It reminds me of being back at school when your captain was always your best player – Ryan is often that for Ireland. The pride he will take in the challenge will be huge. And I’m thrilled to see Jamison Gibson-Park keep his place at scrum-half. There’s nothing worse than having a good performance, having been selected on merit, and then the coach going back to tried-and-tested. That can be demoralising so the fact that Andy Farrell has given him another opportunity in a significant match against a team who they have struggled to find a way to beat, I think that’s really important.

I’d love to see Gibson-Park running with the ball and testing England’s defence but I just wonder if he will have the platform to do it. If you’re getting beaten up on the gainline and getting slow ball, you can’t run and so you’re forced to kick. Ireland will need their forwards to front up and allow the side to play on their own terms but that is easier said than done. In England I see a team who dictates where the game is going to be played and at what tempo. Ireland need to find a way to make sure that England aren’t doing things on their own terms, because they are so good at dictating at the moment. If they are allowed to on Saturday there will be only one winner.