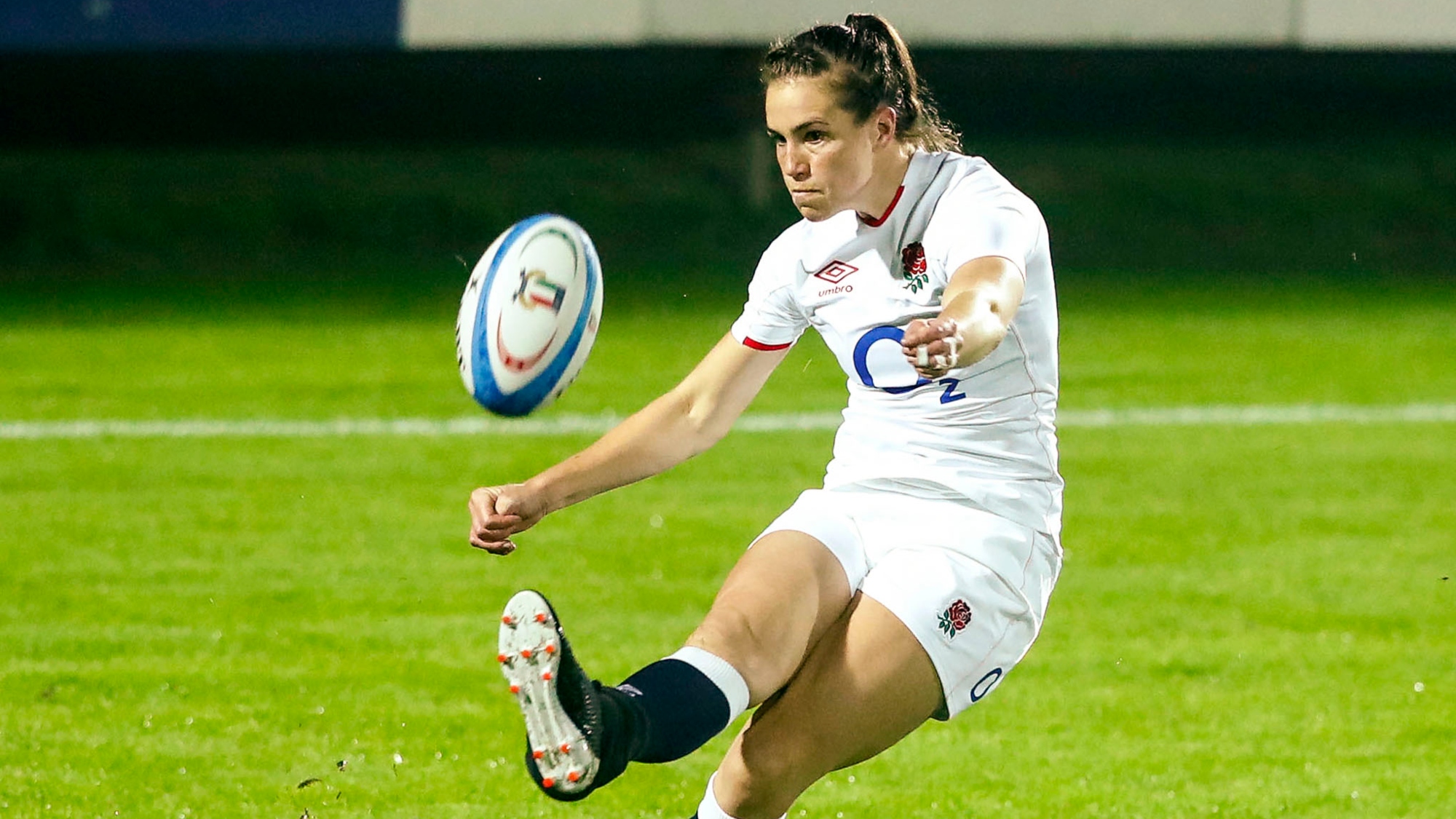 Cyrielle Banet’s brace looked to have helped France to right the wrongs of last weekend’s defeat as Les Bleues led 23-10 heading into the final stages of the game.

But late tries from Poppy Cleal and Ellie Kildunne got the Red Roses back into contention, before Scarratt slotted through the kick as time elapsed to cap off the most dramatic of comebacks.

The hosts laid down an early marker with the victory, after the news that the pair will face off in next year’s Women’s Rugby World Cup pool stages.

The visitors came flying out the blocks in London, as they looked determined to avenge last weekend’s defeat in Grenoble, and piled the pressure onto England from the first whistle.

But for all of their efforts, Les Bleues could only muster a penalty from Caroline Drouin in the early stages, with the Red Roses’ defence holding firm.

And after soaking up the best of the French efforts, England hit their opponents with a sucker punch on the quarter hour mark, as Zoe Harrison scrambled over in the corner.

It wasn’t the free-flowing England we are all used to, but the Saracens star picked up an inerrant Leanne Riley pass off the floor before galloping past the French backline to give the hosts the advantage against the run of play.

But France were giving just as much as they got at Rugby HQ, and bounced back almost immediately, as Emeline Gros was given all the time and space she needed to touch down just seven minutes later.

The Red Roses continued to be sloppy in possession as the half progressed, with attacks constantly breaking down due to handling errors, with last weekend’s victory a distant memory.

Credit must also go to Annick Hayraud’s side, who put their bodies on the line to protect their slender advantage, with Shaunagh Brown denied a first international try after being held up on the goal line.

THE WINNING MOMENT 👏👏😍😍@EmilyScarratt nails a penalty to clinch a dramatic win for the #RedRoses with the final kick of the game 🌹#ENGvFRA #RedRoses #SendHerVictorious pic.twitter.com/ReIwb0TgwV

And the visitors reaped the rewards of a stellar defensive effort seconds before the interval, as they scored a brilliant second try through Banet to make it 15-5 heading into the break.

A ruthless counter saw Druin sling the ball to Shannon Izar, whose lovely reverse ball put the ball in the hands of Banet, leaving the winger to carve through the English rearguard and leave Kildunne grasping at thin air.

The hosts came out of the changing rooms with a point to prove in the second stanza, with Lark Davies latching onto a surging English maul to touch down just five minutes after half time.

But for all their hard work England couldn’t continue their momentum, with Middleton trying to shake things up by introducing all of his replacements at once on the hour mark.

But the changes didn’t make a difference, as France continued to dominate, with Banet getting her second of the game with 15 minutes to go, with an excellent finish in the corner.

The home defence were left exposed yet again down their left side, and the zippy wing duly took up the opportunity to add to her tally for the day, and extend the lead to 13 in the process.

England finally seemed to click into gear with a quarter of an hour remaining, as Cleall bundled over to grab what seemed to be nothing more than a late consolation.

But just minutes later Kildunne broke through to bring the Red Roses to within a point, setting up a nervy final five minutes for the French side.

And with a first victory at Twickenham since 2015 within their grasp, the French were left despairing after conceding a penalty in front of the sticks with seconds remaining.

And Scarratt duly obliged with the boot, as the Red Roses proved exactly why they are the number one ranked side in the world, with a victory in the most dramatic of circumstances.