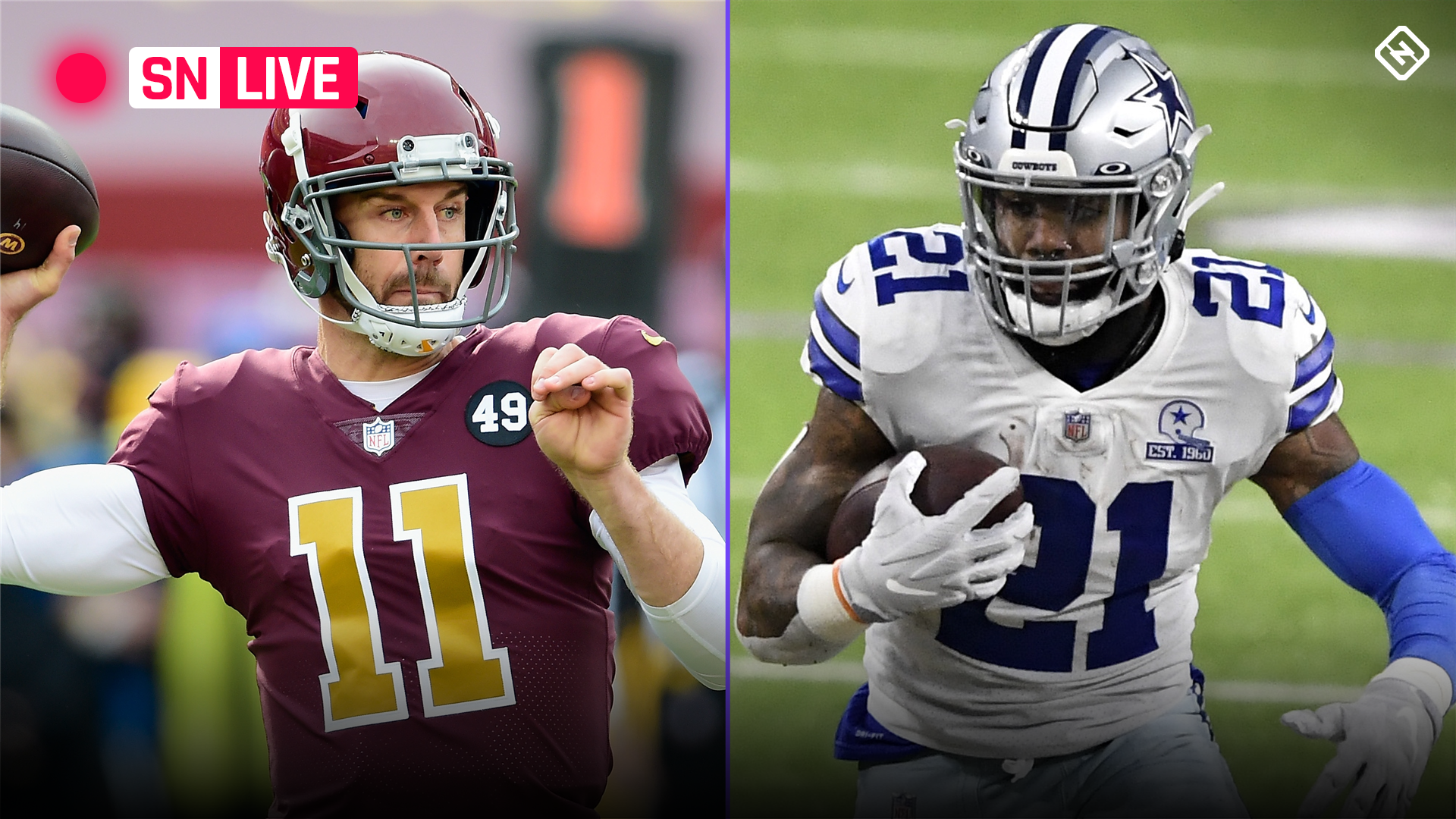 Even though it’s a matchup between two teams with losing records, the division lead in the NFC East is up for grabs when the Cowboys play the Washington Football Team on Thanksgiving.

Dallas (3-7) and Washington (3-7) both enter the game tied along with the Giants for second in the division, half a game behind the Eagles. Yes, the NFC East has been a dumpster fire this season, but someone has to come out of the division to make the playoffs, and it could very well be one of these two teams.

The Cowboys looked strong coming into the year but have struggled in the wake of Dak Prescott’s season-ending ankle injury back in Week 5. Andy Dalton will get the start at QB on Thanksgiving, which should be a welcome sight for Dallas’ offense after having Ben DiNucci and Garrett Gilbert start the last couple of games. Dalton’s return from a concussion should provide a bigger threat in the passing game and open up running lanes for Ezekiel Elliott, who has struggled to find consistency without Prescott.

Washington’s offense will be led by Alex Smith, who is a strong candidate for comeback player of the year after returning from a broken leg injury suffered back in 2018. Washington has looked much better since Smith’s return and picked up a win last week over the Bengals.

Sporting News is tracking live scoring updates and highlights from Cowboys vs. Washington on Thanksgiving. Follow below for complete results from the NFL Week 12 game.

7:37 p.m. — TOUCHDOWN, WASHINGTON. That was quick. Dalton tries to loft a screen pass but Montez Sweat jumps up, grabs it out the air and runs it back into the end zone for a pick six. Washington leads 41-16 with 3:24 remaining.

7:18 p.m. — TOUCHDOWN, WASHINGTON. First play after the failed fake punt and Antonio Gibson scoots into the end zone for a 23-yard TD. Washington leads 27-16 with 12:07 remaining.

7:07 p.m. — Washington punts. That’s the first punt for Tress Way since Washington’s first possession. Dallas takes over at its 12-yard line with 31 seconds left in the third quarter.

6:57 p.m. — INTERCEPTION. Alex Smith panicks under pressure on third down and tries to dump it off, but didn’t see Jaylon Smith drop in coverage and he runs it down all the way to the Washington 4-yard line, 4:06 remaining in the third quarter.

6:47 p.m. — Cowboys punt. Dalton is sacked on third down and Washington takes over at its 5-yard line after a hold on the punt return, 7:42 left in the third quarter.

6:30 p.m. — FUMBLE. Ezekiel Elliott coughs it up on the second play of the half and Washington takes over at the Dallas 33-yard line, 14:22 left in the third quarter.

6:05 p.m. — FIELD GOAL, COWBOYS. Once again, Dallas moves the ball well but stalls out in the red zone. Zuerlein hits from 32 yards to cut Washington’s lead to 17-13 with 19 seconds remaining in the first half.

5:42 p.m. — TURNOVER ON DOWNS. Cowboys go for it on fourth and 1 from their 34-yard line and CeeDee Lamb can’t quite haul in Dalton’s. Add in an unneccessary roughness penalty on Dallas and Washington takes over at the Dallas 19-yard line, 5:22 left in the second quarter.

5:34 p.m. — FIELD GOAL, WASHINGTON. Washington gets all the way down to the goal line but can’t get it in the end zone and has to settle for a 23-yard chip shot from Dustin Hopkins. That ties the game at 10-10 with 7:13 left to play in the first half.

Washington tight end Logan Thomas, a former QB at Virginia Tech, showed off his arm earlier in the drive for a 28-yard gain on this trick play.

4:55 p.m. — FIELD GOAL, COWBOYS. Decent first drive for Dallas and Greg Zuerlein hits a 33-yard field goal to give them a 3-0 lead with 8:30 left in the first quarter. Could be bad news for the Cowboys though as both starting tackles Russell Martin and Cameron Erving were hurt on the drive.

4:40 p.m. — Washington goes three-and-out. Randy Gregory sacks Smith on third down and the Cowboys get the ball at their 28-yard line for their first possession.

4:35 p.m. — Cowboys win the toss and elect to defer, so Alex Smith will lead Washington out for the opening drive.

4:28 p.m. — Touching moment as the Cowboys gather to honor strength and conditioning coach Markus Paul, who passed away yesterday. Players are wearing “MP” stickers on their helmets.

Below is the complete schedule for Week 10 of the 2020 NFL season.