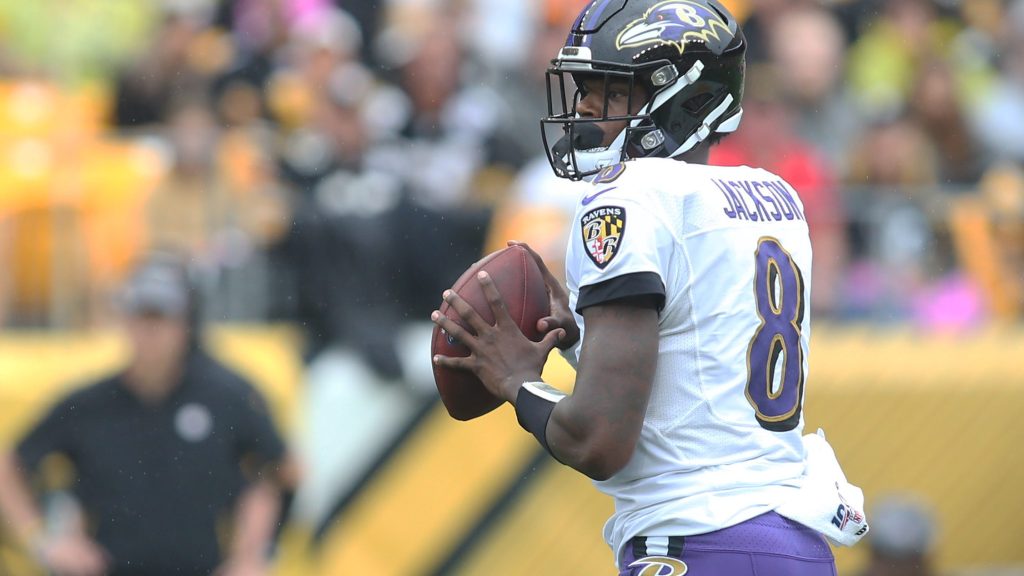 This is the online version of our morning newsletter, The Morning Win. Subscribe to get irreverent and incisive sports stories, delivered to your mailbox every morning. Charles Curtis is filling in today for Andy Nesbitt.

The Baltimore Ravens and Pittsburgh Steelers were supposed to be the Thanksgiving dessert after a day of mediocre NFL teams playing during the day, a matchup of two AFC North rivals vying for playoff spots.

Instead, due to a COVID-19 outbreak with the Ravens, it was moved to Sunday. And the bad news kept coming on Thursday — Lamar Jackson was reportedly among another group of players and staff members who tested positive. If there are more new positives on Friday, a game on Sunday that’s already in doubt could be done for.

If you were on Twitter Thanksgiving day, you saw the word “forfeit” trending, with NFL fans wondering if the the league would declare a loss for the Ravens instead of having to move the schedule around to make sure this game gets played.

It’s a bad idea, an extreme action that isn’t even close to necessary.

In a memo that was obtained by USA TODAY Sports in October, NFL commissioner Roger Goodell warned that violating league protocols would result in discipline, from lost draft picks — the Raiders lost a 2021 sixth-rounder for this very reason — to forfeiting games. We know a Ravens staff member was “disciplined” (per the franchise) for “conduct surrounding the recent COVID-19 cases.”

If the NFL finds, as it did with the Raiders, that there were blatant violations of protocol, it can strip the team of draft picks. But a forfeit opens up a Pandora’s box the NFL doesn’t want, especially when the league itself has mishandled COVID-19 in 2020. Both the Ravens AND the Steelers wouldn’t get game checks, which doesn’t seem fair to Pittsburgh (players were furious about the postponement on Wednesday). That would set a precedent if there are other team outbreaks over the next month.

So what’s the solution? There have to be some schedule hoops the NFL can jump through and move games around, which is what the league has done in the past. Or there’s the “Week 18” idea that’s been talked about all year — move the game to after Week 17 and bump the playoffs and Super Bowl a week. That opens up scheduling flexibility for other teams should outbreaks happen with them as well.

Quick hits: A really bad-looking turkey … An NFL Fumblerooski! … Picks against the spread … and more

– Here are Steven Ruiz and Charles Curtis’s NFL picks against the spread for Week 12.

Why the AFC North is the NFL’s most entertaining division – NFL.com