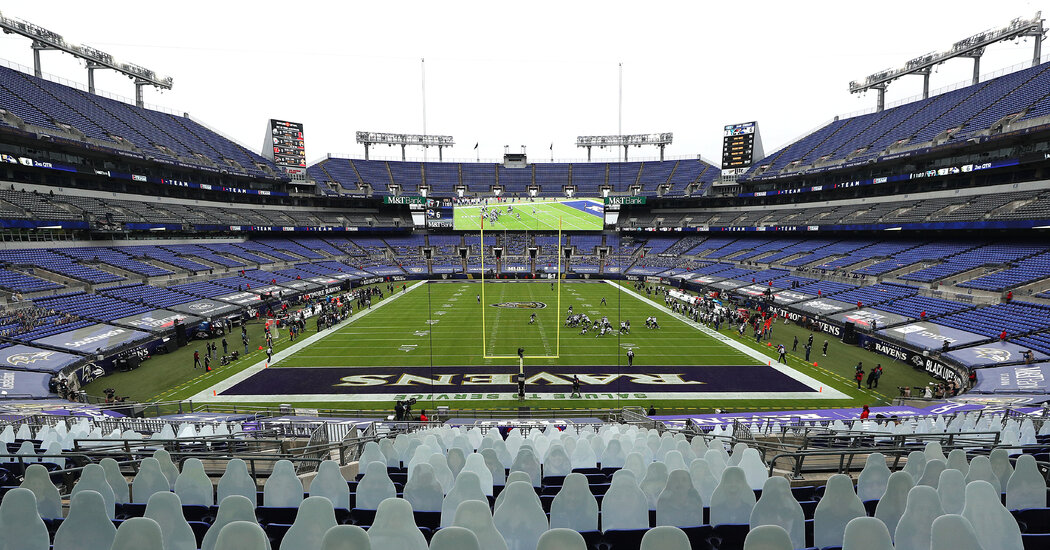 After a weekend of question marks and patchwork solutions, the N.F.L. was forced to juggle its schedule yet again on Monday as it tries to finish the full regular season on time amid the coronavirus pandemic.

The league moved the Pittsburgh Steelers’ game against the Baltimore Ravens to Wednesday at 3:40 p.m. Eastern, rescheduling the A.F.C. North matchup for third time in six days. Like the previous moves, the postponement was meant to give the Ravens, who have had more than 20 players, including the N.F.L.’s reigning most valuable player, quarterback Lamar Jackson, test positive for the coronavirus, more time to get them cleared to return.

By the game’s start on Wednesday afternoon, 12 Ravens players will still be ineligible to play, butthe team should be able to hold two practices before meeting the Steelers, for the first time in over a week.

To accommodate the schedule change, the N.F.L. moved the Ravens’ following matchup against the Dallas Cowboys to Tuesday, Dec. 8, from Thursday. The Steelers’ Week 13 game against the Washington Football Team was rescheduled to Monday, Dec. 7, from Sunday.

Wednesday games are exceedingly rare. The last one played was in 2012, when the Giants and Dallas Cowboys moved their game to a Wednesday night to avoid overlapping with President Barack Obama’s speech at the Democratic National Convention. That had been the first regular season game on a Wednesday since the Los Angeles Rams’ victory against the Detroit Lions in 1948. The afternoon start time for Ravens-Steelers will result in the added oddity of a midafternoon, midweek nationally televised football broadcast.

The Baltimore-Pittsburgh postponement was the second scheduling convulsion announced Monday, after the San Francisco 49ers said in a statement that the team will play its next two home games in State Farm Stadium, home to the Arizona Cardinals. The relocation came after health officials in Santa Clara County, Calif., where the team’s stadium is, banned contact sports at all levels through late December in a bid to slow the surge in coronavirus infections there.

The team will play its games in Week 13 and 14 in the Cardinals’ Glendale, Ariz. facility, which was able to accommodate the move because the teams’ schedules do not conflict. The 49ers will play against the Buffalo Bills on Dec. 7 and will face the Washington Football Team on Dec. 13, but the club still had not determined where they will practice and live during that time.

While local and state guidelines for controlling the spread of the virus have prevented spectators from attending some N.F.L. games in other markets this season, this is the first time local health protocols have prevented a team from playing games or practicing in its home market. This summer, health officials in Santa Clara were among the first to ban fans at N.F.L. games and passed an ordinance requiring players and coaches to wear masks at all times, months before the league took the same step last week.

On Saturday, Santa Clara County took new measures intended to reduce the rate of infections, including mandatory 14-day quarantining of people who travel there from more than 150 miles away, as cases in the area rose to a new high last week and its positive cases per 100,000 people to climbed to 26.8. The number of infections per 100,000 residents in Maricopa County, Ariz., site of the Cardinals’ stadium, is 48.6, nearly twice as high as in Santa Clara County.