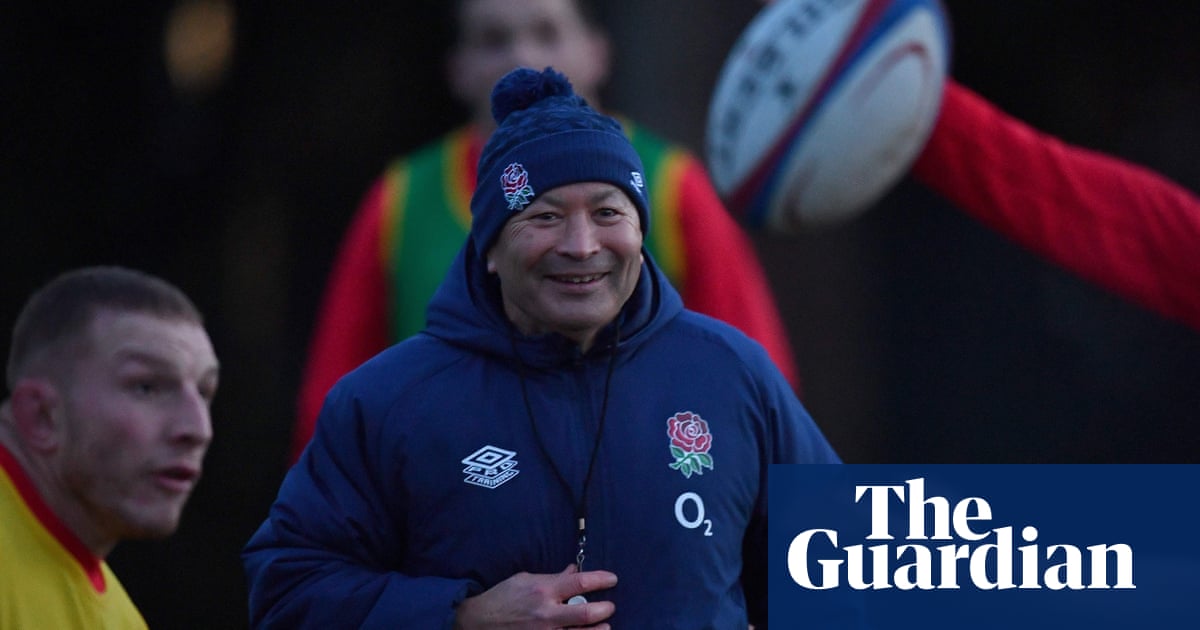 Eddie Jones has called for fewer breaks in play and more consistent refereeing as the best ways to enhance modern rugby union as a spectacle. The England head coach accepts the need to encourage more attacking ambition but believes it can be achieved without rewriting large chunks of the law-book.

With debate raging about negative coaching tactics, excessive kicking, repetitive collisions and lacklustre entertainment, Jones suggests a solution can be found by increasing the amount of time the ball is in play, stronger officiating and tidying up three aspects of the breakdown.

“I have always said we need to make the game more fatiguing,” said Jones, who has been talking to Steve Price, coach of Warrington Wolves. “He was talking about how in Super League their ball-in-play time is 68 minutes, which is twice what it is in Test match rugby. We have too many stoppages. When you have got 120kg guys they are going to get fatigued if the ball in play is longer. That means there is going to be more space.”

Without singling out individual referees by name, Jones also feels that inconsistent officiating and the disruptive effects of Covid-19 are doing the game few favours. “There is no coincidence that the 2015 and 2019 World Cups produced good rugby. There was a spectrum of games and the common factor was that the referees were together and there was consistency in the application of the law. I think one of the reasons why it is difficult at the moment is because there is a lack of face-to-face consultation.”

In particular, Jones says three areas around the ruck urgently need re-emphasising: the tackler rolling away, the first arriving attacking player staying on his feet and the assist tackler clearly releasing the ball carrier “which is something that hasn’t been happening at all”.

With the former Ireland coach, Joe Schmidt, having just been appointed as World Rugby’s director of rugby and high performance, Jones argues there is no need for knee-jerk panic prior to the final Test of 2020, against a weakened France at Twickenham on Sunday.

“To me it is always about the clarity of the laws. What’s the game we want? How can we get consistency in the application of the laws? Where do we want the game to be in 20 years’ time? I think there almost needs to be two strands running: how do we make the game better immediately and then looking in the longer term at any changes we need to make for it to continue to grow in the future.”

In the latter regard, the Autumn Nations Cup has produced little to woo new admirers but Jones is confident defence will not rule indefinitely. “The game evolves and changes all the time. That’s the beauty of our game, it doesn’t sit still. I think all that sort of talk is massively alarmist and quite silly. Most other ball games have taken a lot of the contest out to simplify it, but we don’t want a simple game … we want a game that can be won in a number of different ways.”

Scotland, meanwhile, have announced that South Africa and Australia plus another unnamed side will play them at Murrayfield on successive weekends next November.