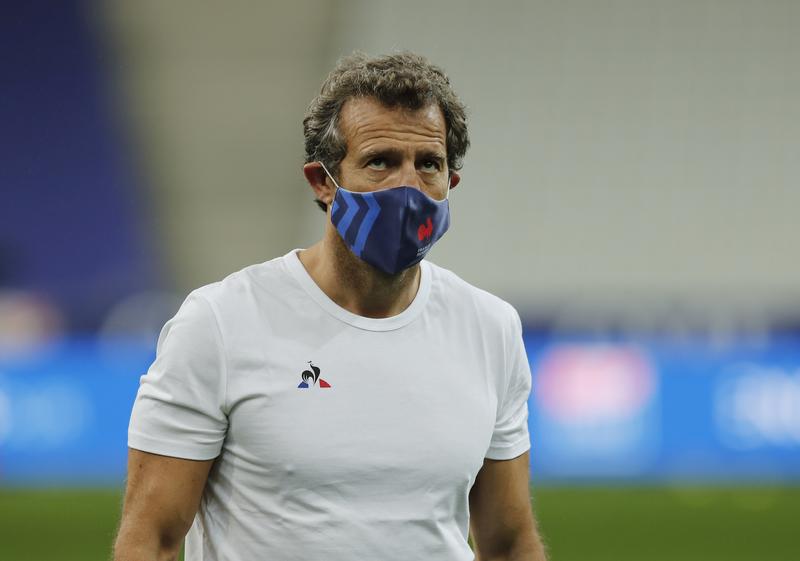 PARIS (Reuters) – A year ago, France were reeling from a mediocre World Cup campaign, but since Fabien Galthie took charge Les Bleus have rapidly developed into a team capable of competing with the top nations once again.

They have secured seven wins in nine tests under Galthie, beating England in the Six Nations and ending a promising year when a very inexperienced side suffered a sudden-death loss to the World Cup runners-up in the Autumn Nations Cup final.

They finished second in the Six Nations, behind England on points difference, their best result in the championship since 2011.

Sunday’s test against England showed France’s strength in depth, with a starting team boasting only 68 caps dominating the world number two side for most of the game.

“Full credit to them, they have a lot of good young players – they operate a squad system so they know what they are doing,” England manager Eddie Jones said.

“We have data on a lot of players and the difference in quality of their players at club level to those above them is miniscule and they had nothing to lose – you could see that early on – they ripped into us.”

“It was not a French farce, but a French force today. We wanted to show that there is only one French squad,” said flanker Cameron Woki. “There’s no B team or C team.”

Les Bleus are now fourth in the world rankings after a decade of disappointments had seen them sink to ninth a year ago.

In Antoine Dupont and Romain Ntamack, they have found a stable and formidable pair of halfbacks who inspire the whole team.

“French flair is only possible if you have a strong frame,” former France coach Pierre Berbizier told L’Equipe.

Galthie and his staff have provided France with that frame, marking two zones on the field — the red one, where no risk can be taken, and the blue one, where players can follow their instincts.

“Every area of the game now has its specific coach,” centre Gael Fickou told L’Equipe.

“Everything now is analysed, more precise. We did not train like we do now four years ago. We did not use to have impacts at training during the week. Sometimes we fear we’re going to be exhausted on match day but actually we’ve been recuperating very well.”

France do need to work on the relationship between the league, which looks after the Top 14 clubs’ interests, and the federation.

For the autumn tests, the two reached agreement only days before a friendly against Wales that each player could only be named in a maximum of three test match squads.

Player availability will be key for the Six Nations, which France will be looking to win for the first time since 2010, the year they completed their last Grand Slam.