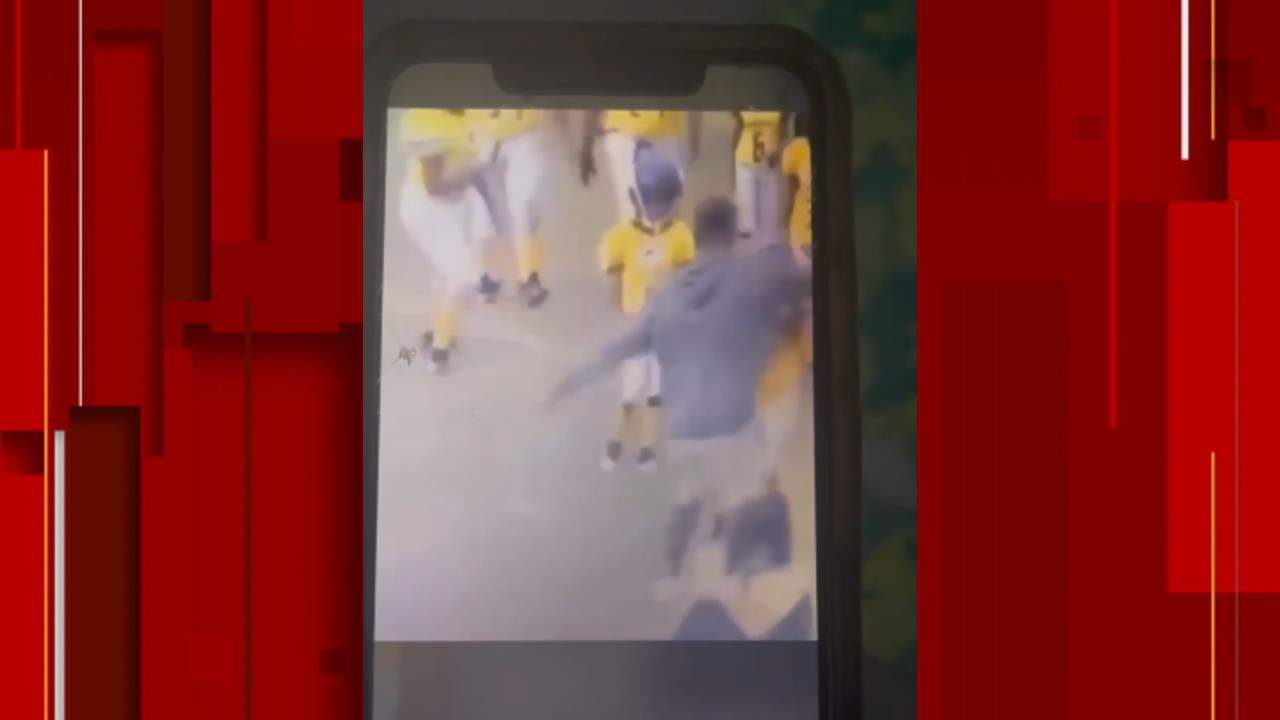 The video, which has been viewed more than 3.1 million times since it was posted Wednesday on Twitter, shows the coach, identified by authorities as Gerrel Williams, of Savannah, hitting one of the players as the boy walked toward a group of players who were huddled around the coach.

Osceola County deputies confirmed to News 6 that their agency investigated the incident. The sheriff’s office said Williams will face charges.

[WARNING: Graphic language can be heard in the following video and disturbing actions can be seen. Viewer discretion is advised]

The video shows Williams turning around to face away from the field, shouting a few words, then turning back around a few moments later and striking the player again, knocking him to the ground.

The child quickly stands up and the coach crouches down to say a few words to him before he grabs the player’s helmet, shakes it and pushes the boy away from the group, the video shows.

“Get off the field!” Williams can be heard yelling in the video.

Officials with the Savannah Police Department posted about the incident Thursday on Facebook, saying they have received questions from many concerned members of the community about the viral video and that when investigators began looking into it, they discovered that the incident took place in Central Florida and that authorities in that jurisdiction were already investigating.

Deputies said they were notified about a case of possible child abuse Tuesday afternoon by someone who said they were from out of town but had video of the incident that had taken place Monday at at Austin-Tindall Park in Kissimmee, according to a report from the Osceola County Sheriff’s Office.

The person who reported the incident told deputies he didn’t know anyone in the video but “wanted it to be in the right hands.”

After seeing the video, investigators reached out to American Youth Football league officials, who identified Williams as the coach and said he has been expelled from the league and is no longer allowed to attend any games.

Deputies said they reached out to the boy’s mother, who told them she was aware of the incident and did not want to press charges.

A spokesman for the AYF league released a statement regarding the incident, saying Williams’ actions go against what the league stands for and that he has been banned from the organization.

“We are, of course, beyond disappointed in the coach’s actions, which are wholly inconsistent with the fundamental value of youth sports, which at its core is an opportunity for adult leaders to be role models for our nation’s youth. The coach has been banned indefinitely from all future AYF events and activities,” Adam Laufer said. “Furthermore, we have been working with local law enforcement and the coach has himself reached out to local police to turn himself in. We don’t have further information on the status relating to law enforcements actions.”

Osceola County deputies said the Florida Department of Children and Families has also been notified about the incident.

Another video that appears to be connected to the incident has also gone viral.

The video, which has been viewed more than 32,000 times on Facebook, shows a man apologizing for his actions in a video he says everyone has seen.

“Everybody done seen the video and everyone has something negative to say. I’m [going to] apologize for my actions about what took place but, at the end of the day, I am a man and I’m not going to make no excuses for what I did. I was wrong. I shouldn’t have disciplined him in public. I should’ve waited ‘til we got back,” the man said.

The man said he has apologized to the boy’s family.

“At the end of the day, I apologized to him, the kids, the city down here and our family back at home. I do apologize. There is no excuse for my actions and I hope – well, he forgive me and his parents have forgiven me so nobody else should be bashing,” he said.

Since the video went viral, Williams has been fired from his job with the Chatham County Sheriff’s Office, the Georgia law enforcement agency confirmed to News 6 on Thursday.

“CCSO reviewed the video and we are very disturbed by the actions of Mr. Gerrel Williams,” agency officials said in a statement. “The Chatham County Sheriff’s Office does not condone this behavior. As of Dec. 10, 2020, he is no longer an employee of the CCSO. Mr. Williams was not a deputy; he was a counselor in the detention center.”

LeBron James posted about the incident on Instagram, saying, “Ain’t no way!! Couldn’t be my kid. Hell, if I (was) there and it’s not even my kid, we (are going to) have more than words for sure.”