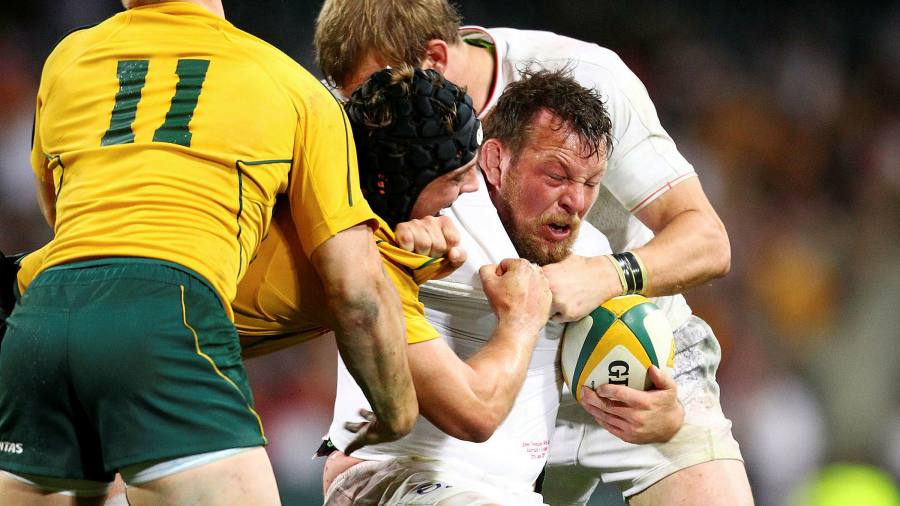 What’s it like to win the Rugby World Cup? Steve Thompson should know, but he doesn’t. He was in the England team that won the 2003 final in Sydney. Yet, aged 42, he has signs of dementia. “I can’t even remember being in Australia,” he said this week. He is one of eight former professionals preparing to sue rugby union’s governing bodies.

Can anyone say they are surprised? Many sports are being forced to recognise the harm caused to players. In 2013, the US National Football League agreed to pay some $765m to settle a lawsuit from former players over brain injury. The implications stretch to football, or soccer, where repeated heading of the ball is linked to brain disease.

For rugby union, a reckoning is overdue. Since it turned professional in the 1990s, players have got bigger, collisions have multiplied and the few steps taken — such as concussion protocols — seem to have barely scratched the surface.

Commentators and fans have celebrated the “big hits” and “dominant tackles” dished out by 120kg players. The way to win, especially for Eddie Jones’s current England team, is to overpower your opponents, not to out-think or out-create them. Tackles per world cup game have increased by a third since 2003.

If this is your idea of fun, accept the consequences. Brain injuries often take years to manifest — one common sporting disorder, chronic traumatic encephalopathy, can only be diagnosed after death — but look at the players’ bodies. Dylan Hartley, the former England captain who retired last year aged 33, says walking hurts. Sam Warburton, the former Wales captain who retired aged 29, says he was so bruised after games that he had to go up and down stairs on his hands and knees. “If something isn’t done soon, then a professional player will die during a game,” Warburton said last year.

Jones argues that rugby is now safe. Come on: that would require limits on the amount that players smash each other, probably in both training and matches. Instead, last weekend I watched England versus France, where the rules forced them to play extra time. Making two tired teams pummel one another for 15 more minutes, in search of a last-gasp match-winning score, doesn’t suggest health is the priority.

You can argue that sportspeople know the risks and take the rewards. In fact, as the rewards increase, players become beloved stars, and their decline becomes even harder for fans to handle. Arguably, boxing’s popularity never recovered from Muhammad Ali’s Parkinson’s disease.

Unlike boxing, rugby union is a sport that many people play, often before going into white-collar jobs. It is meant to teach the value of sportsmanship, not inflict permanent damage. The risks of dementia, chronic traumatic encephalopathy and general body-pounding make this impossible. Jamie Johnston, a former player, told the Guardian that he could not “encourage schoolchildren to play the game in its current form”. Yes: let’s get back to the principle that sport should make kids healthier.

Traditions die hard. But rugby wants to be more than a tradition. CVC Capital Partners, a private equity firm, is buying a £300m stake in the Six Nations tournament organisers. Markets such as Japan and Canada are targeted. Forget it: the product is too dangerous to export. I don’t know where the pressure for change will come from. Maybe lawsuits will lead to huge damages, maybe fans and sponsors such as NatWest will balk at association with long-term injuries.

Since the death of Ayrton Senna, Formula One has taken safety to the next level, even though doing so has reduced the spectacle. Last month Haas’s Romain Grosjean escaped the type of crash that might have killed a driver a decade ago. Rugby union needs the same radical change. Right now, the sport doesn’t know what has hit it.