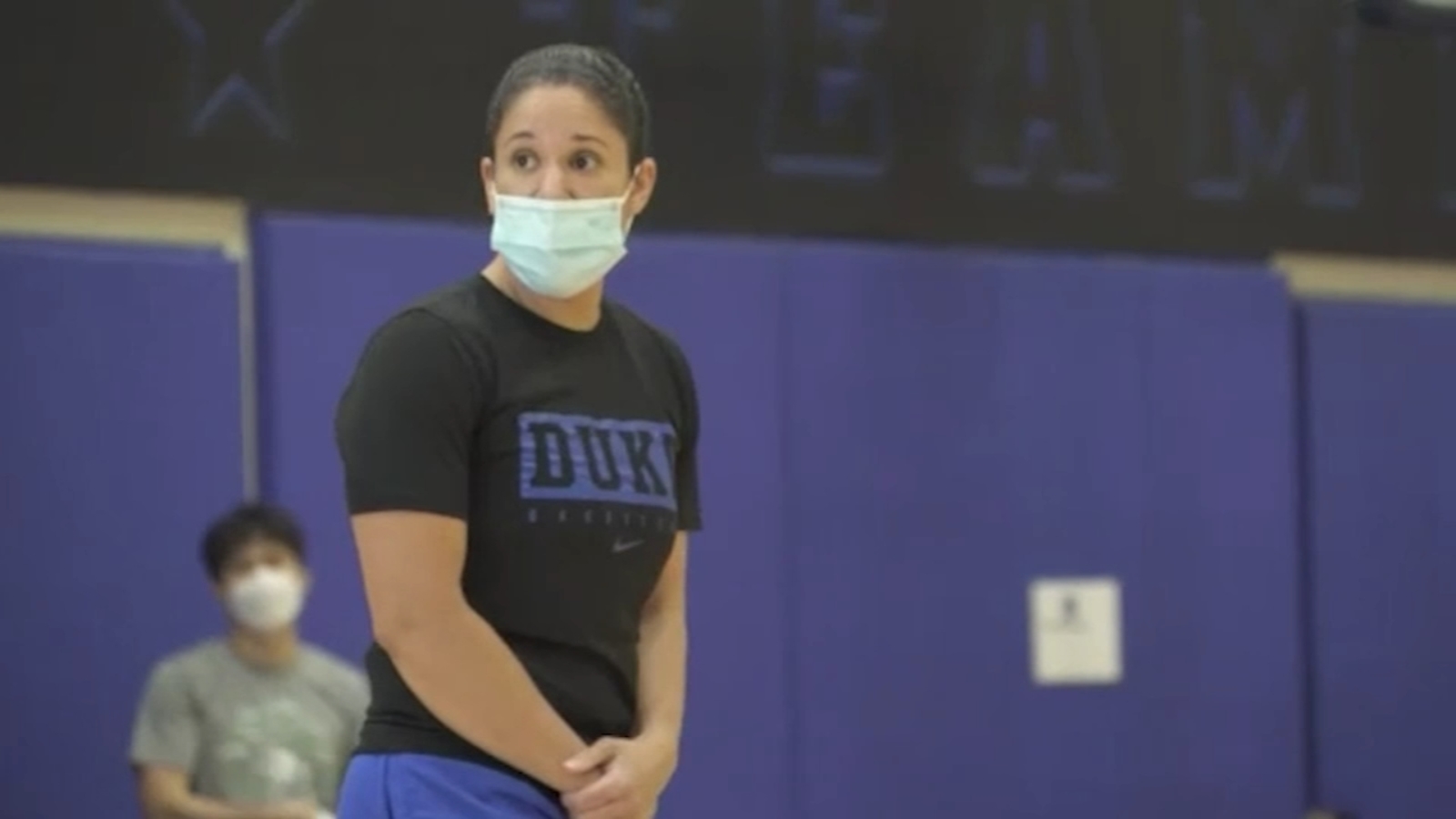 DURHAM, N.C. (WTVD) — The mother of a Duke women’s basketball player says she’s proud of the team’s willingness to sacrifice its own season to show the world the importance of COVID-19 health and safety.

This comes days after the team announced it was opting out of the rest of the season due to COVID-19 concerns.

“When they were talking to me about COVID they were talking about a social responsibility for your country, for other players,” said Michelle Goodchild. “They aren’t just looking at the student-athletes. They’ve got a bigger vision. They’re looking at how to protect Durham, the greater Duke community and beyond.

Goodchild, the mother of junior guard Miela Goodchild, lives in Queensland, Australia, where COVID-19 numbers are very low. She says she felt safe sending her daughter back to Duke because of the school’s protocols

“I know that Miela was tested daily,” she said. “They just had no cases, felt very confident. They would travel and I can’t say what was happening at other universities, but they were put in a position and it was compromised.”

On December 16th the Duke women’s basketball team paused all team-related activities because of two positive COVID-19 tests and contact tracing within the team’s traveling party, nine days later on Christmas the team announced it would not play the remainder of the 2020-2021 season due to health and safety concerns.

“To me, it’s unfair,” Goodchild said. “Duke did everything that from a parent back here and from the girls–Miela goes daily testing–they’ve done everything they could not to get this thing and to play other teams and now they can’t. It worries me that it’s on the rise and I think that’s a big concern with Duke women’s basketball. This thing is on the rise in the US and are you going to stop it or are you going to contribute? Duke’s just said we are not going to be responsible for that and I stand by them.”

Before canceling the season Duke was 3-1 under first-year head coach Kara Lawson. Goodchild calls Coach Lawson a relationship coach and someone who truly cares about the long-term health and safety of her players.

“I think that a lot of coaches would look at their glory or what they want to do and go ‘we are just playing,'” said Goodchild. “She’s mature enough to know you have to put it out there for people’s health and go, ‘Girls what are we doing?’ She’s informed, she gets information. Miela would play if she could have information on how everyone could be safe.”

Goodchild believes this adversity could help the team to grow and hopes it provides them with inner-strength, burn and drive for next season.

“I’m really happy to see that they value human lives over money, over the glory over whatever. People have lost people through COVID and I couldn’t imagine what that was like,” she said. “You just don’t want to be any part of it and you can’t be playing a game that could put anybody at risk. I hope that somehow, my hope is that somehow it turns around and the girls could play, there’s stricter precautions and everyone is safe and then that would be great. You have to be guaranteed that and if you can’t then you can’t put people’s health and their future in risk.”

Goodchild said Miela is going to continue to train at Duke and prepare for next season. She talked to her daughter about her long-term goals and how the virus could potentially impact her if she decided to one day play professional basketball.

“I was telling Miela you can’t get this thing because it looks like glass under the microscope,” said Goodchild. “If you want to be a professional athlete you’re going to be affected. On a long scale tune you’ve got one year now, or if Miela wants to go professional, we’re looking at do you want to be able to run up and down the court and have a great physical ability to play the game you love. They are the tough decisions and I think Duke looked at the now…I can’t speak to the other universities but obviously something is happening somewhere that people are being compromised.”

She also added that if the league came up with a bubble format or stricter precautions she thinks the team would agree to resume the season.