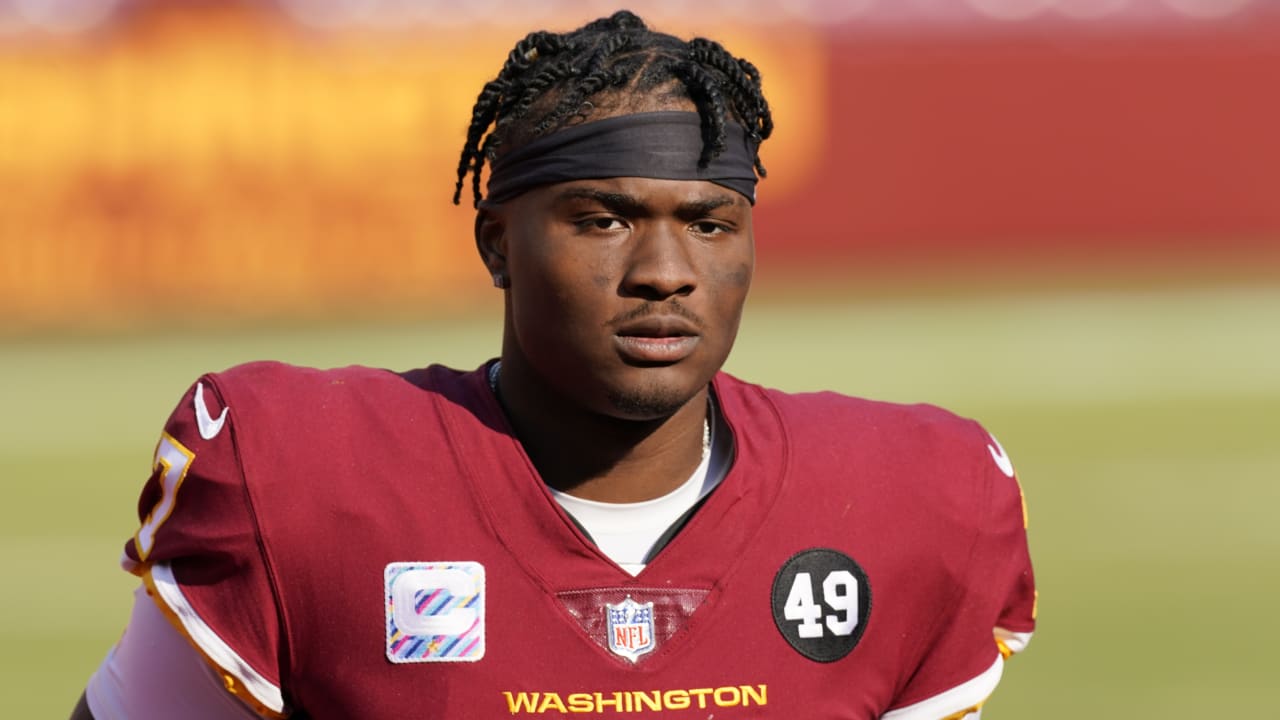 The Washington Football Team didn’t want to wait until 2021 to wash its hands of Dwayne Haskins.

With Haskins demoted to third-string for the second time this season, instead of having the QB on the roster inactive, the club determined its best course of action was simply to release Haskins. The QB will land on waivers.

The team later confirmed the news.

“This afternoon I met with Dwayne and informed him that we would be releasing him,” coach Ron Rivera said in a statement. “I told him that I believe it benefits both parties that we go our separate ways. We want to thank Dwayne for his contributions these last two seasons and wish him well moving forward.”

The decision was a culmination of issues between the club and Haskins. This past week was a low point for the 23-year-old. After pictures surfaced of him maskless at a private party with his girlfriend last Sunday, he was stripped of his captaincy and fined. Then after struggling once again on the field, he was benched in the fourth quarter of Sunday’s loss to Carolina.

“My time with the WFT has unfortunately come to an end,” Haskins wrote on his private Twitter account, per ESPN.com. “I thank the team & fans for the opportunity to play for the team I grew up rooting for. I take full responsibility for not meeting the standards of a NFL QB & will become a better man & player because of this experience.”

With Washington hopeful that Alex Smith will return in Week 17, Rivera already said Taylor Heinicke would be the backup, making Haskins the inactive third-stringer. Instead, Steven Montez should fill the third QB role from the practice squad.

Since taking over in Washington, Rivera never bought into the former No. 15 overall pick in the 2019 draft as the future of the franchise. First, at the NFL Scouting Combine, Rivera openly discussed the possibility of drafting a quarterback No. 2 overall. Then Washington traded for Kyle Allen﻿, and Rivera said there would be an open competition. There were also several reports intimating Haskins’ lack of study habits that emanated from D.C.

After declaring Haskins the starter, Rivera was openly frustrated by the QB’s poor play, the inability to get through his reads, his lack of explosive plays, and the overall impotent offense with Haskins under center.