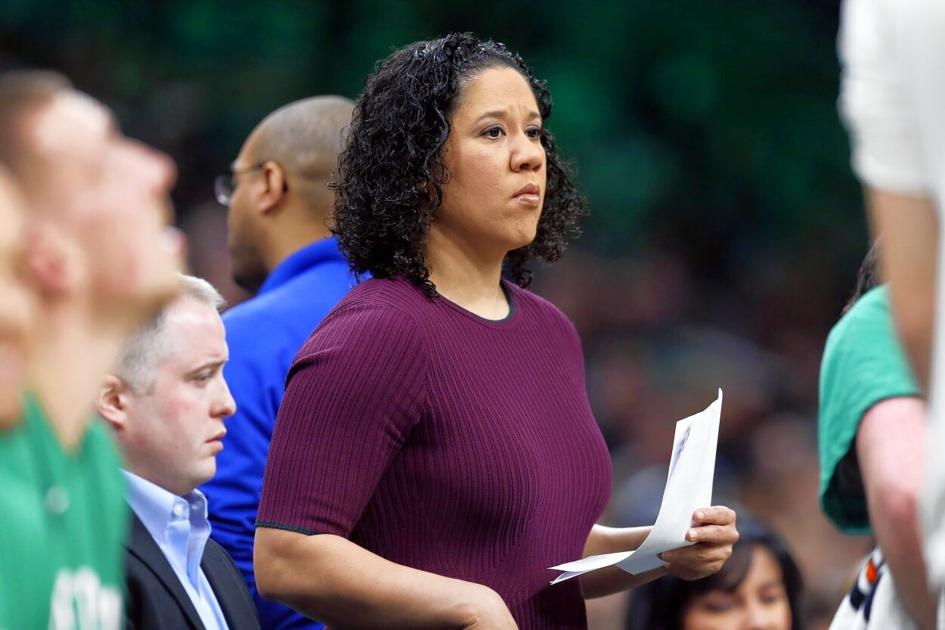 FILE – In this Dec. 28, 2019, file photo, then-Boston Celtics assistant coach Kara Lawson watches during the first half of an NBA basketball game against the Toronto Raptors in Boston. The Duke women’s basketball team has ended its season amid the coronavirus pandemic, a person familiar with the situation told The Associated Press. The person spoke on condition of anonymity Friday, Dec. 25, 2020, because the school has not publicly announced the decision. Duke’s new coach Kara Lawson, who was hired in July, had said this month: “I don’t think we should be playing right now. That’s my opinion on it.” (AP Photo/Michael Dwyer, File)