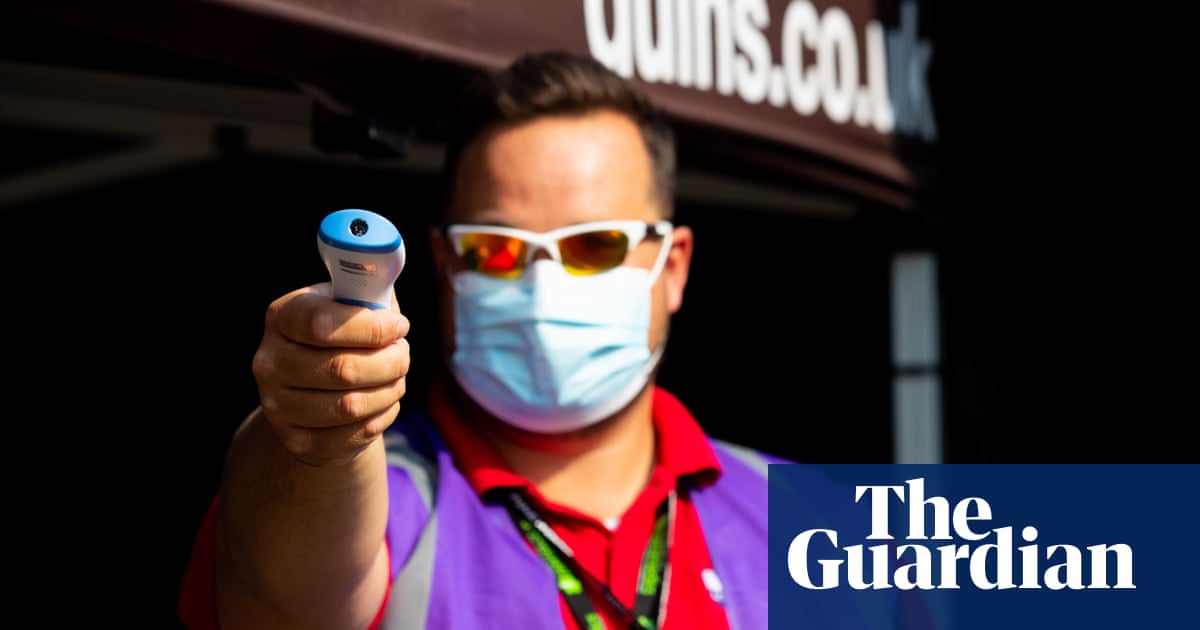 The Premiership’s Covid-19 crisis escalated on Wednesday with two more matches cancelled amid a record number of positive tests across the league.

Harlequins’ trip to Worcester and London Irish’s match against Northampton were both called off, taking the total to four matches cancelled in just over a week, but Premiership Rugby insisted there are no plans to introduce a “circuit breaker” and put the season on hold.

Irish’s home match on Sunday against Northampton was called off after PRL revealed there were 33 positive cases, including 24 players, at 10 clubs from Monday’s tests – the highest total since testing began in July. Hours earlier Harlequins revealed one positive case, leading to six other players having to self-isolate and leaving Paul Gustard unable to select a full front row to face Worcester on New Year’s Day.

London Irish’s Boxing Day match against Bath was also cancelled and it is believed the number enforced absentees at the Exiles is into double figures. The club’s director of rugby, Declan Kidney, said: “It’s obviously a huge disappointment for everyone connected to the club that we’re unable to go ahead with the fixture.

“We’re disappointed because we feel we still had a strong group of players to select from, but due to Public Health England guidelines we’ve been told we’re not allowed to play the game.”

Last week Leicester’s trip to Newcastle was called off and now more than half of the league have had matches cancelled because of Covid outbreaks in the past eight days.

With no room in the calendar to reschedule matches Northampton and Worcester are set to be awarded four match points with Harlequins and Irish two. Already the flurry of cancellations is threatening to influence the battle to avoid relegation and has brought the issue of ring-fencing back on to the agenda.

The Exeter director of rugby, Rob Baxter, whose side had to forfeit their European match against Toulouse this month because of an outbreak, admitted he could understand the logic for suspending the league. But while Premiership Rugby has confirmed it is in constant contact with the government and Public Health England and will “consider all steps”, there are “no plans for a circuit breaker at this stage”.

“I think there’s an argument for sports teams to be able to carry on, but I also understand the argument for a suspension.” Baxter had said. “The scenario going on is too big to just idly argue that everything should carry on as it is. How they work it, whether it is games cancelled or games postponed or a move into a midweek scenario I couldn’t tell you, but I would imagine it is something under discussion.”

Harlequins’ learned of their positive test on Tuesday, three days after their Boxing Day defeat by Bristol and while the Bears have also reported one case, also in the front row, Pat Lam believes additional safety protocols introduced by the club have enabled the match against Newcastle to go ahead on Friday as planned. Bristol will be severely depleted with all front-rowers who featured against Harlequins put into isolation but, with the club adopting a policy of no training until the results of each week’s tests are known, Lam insists he is still able to select a team.

“When you have no positive tests it is easier to slacken,” said Lam. “But we just said: ‘Let’s make sure, we’ll take as much precaution,’ and I’m thankful we did.”