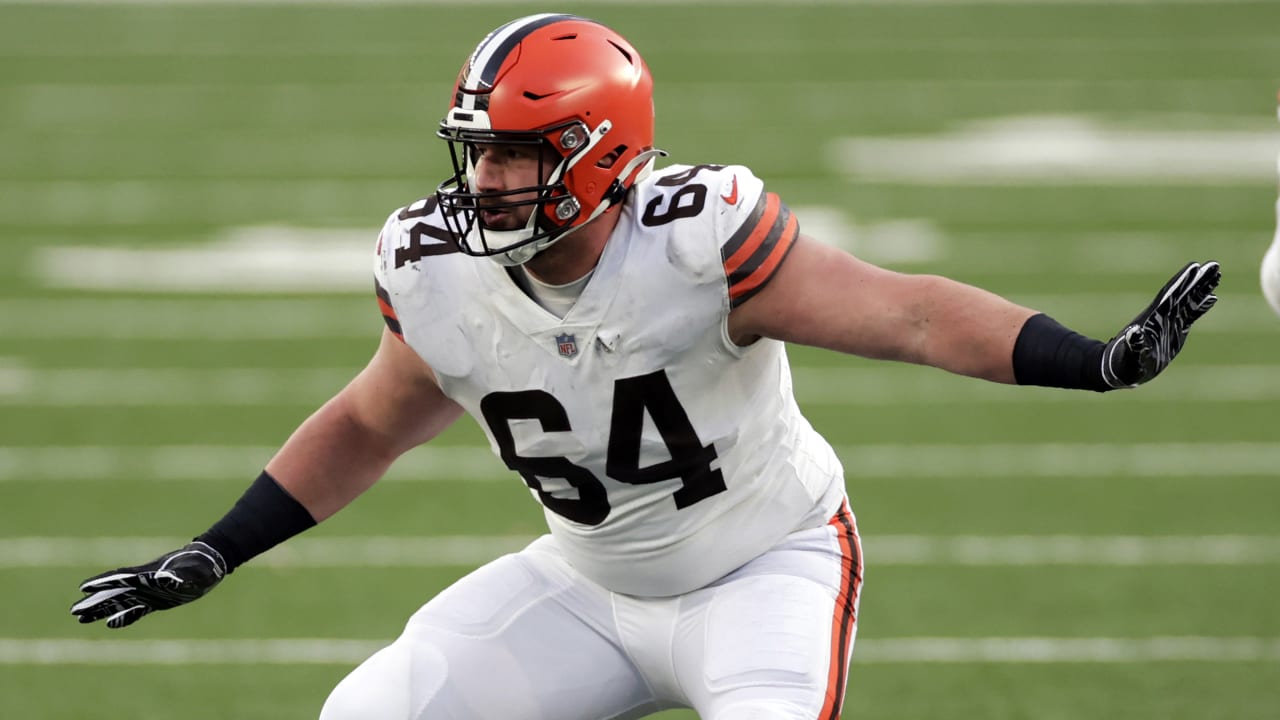 In order to play during the COVID-19 pandemic, the NFL and NFLPA were forced to adjust much of the offseason program.

Much of the spring offseason program, including organized team activities, was scrapped. Training camps were less rigorous on players, with a longer ramp-up period before pads and hitting commenced. And preseason games were discarded.

President of the players union and Browns center JC Tretter would like to see some of those changes become permanent.

“I believe the changes implemented this season have demonstrated that we can put an entertaining product out on the field while further reducing wear and tear on our players’ bodies,” Tretter wrote Thursday. “Sloppy play would usually be evident with low-scoring games, a high number of penalties and more missed tackles — all things that have historically been attributed to insufficient practice time to hone our fundamentals. But we have seen the exact opposite this year, with points per game at an all-time high, a decreased number of penalties and even fewer missed tackles compared to last year.”

Whether play, on the whole, has improved is subjective. Surely some coaches will suggest tackling has been poor even if Tretter’s claim of fewer missed tackles is correct — a player can’t miss a tackle he failed to get into position to make in the first place.

There is little question, however, that the NFL has pulled out an entertaining season, even if COVID-19 has altered practice schedules and some game action.

Tretter focused on the offseason changes not fundamentally hurting the season when arguing the offseason should be curtailed permanently in the future.

“Another change that COVID-19 dictated was the elimination of offseason practices,” he wrote. “After experiencing that change, there is no reason for us to ever return to the previous offseason program. We are the only major sports league with an offseason program. The most physically demanding sport is the only league that brings their players back for extra practices outside of the season. The argument in favor of these offseason practices is based on the assumption that players need reps during OTAs to develop and learn while teams need the practices to gel. Yet, the lack of OTAs this year demonstrated that those theories aren’t substantiated. New and first-year head coaches had success. Newly assembled teams had success. Rookies stepped in and played at a high level all across the league.”

The NFL provided the following statement to NFL.com on Tretter’s column: “We look forward to continuing our dialogue with the players and our clubs on these matters.”

Tretter pointed out that, as professionals, players don’t always need rigorous work schedules to ensure they’re in shape and working on their craft. Players don’t always need to be told to improve. With the proliferation of individual trainers, nutritionists and personal coaches, training in the offseason continues with or without clubs’ input.

Of course, coaches are bound to push back hard against the notion that players don’t need offseason work. How permanent OTA adjustment might hinder the bottom of rosters is another aspect that could alter the landscape. When the preseason was scrapped, it was pointed out that it hurt younger players chances to impress coaches. Often these diamonds in the rough catch attention in the spring. Fewer opportunities will mean those chances will be lessened for an undrafted rookie trying to land a job.

Should Tretter and the NFLPA push for these offseason changes to be permanent, the NFL likely would want something in return for that bargain.

If the NFL proved anything this year, however, it’s that it doesn’t need to be as rigid as old-schoolers preach in order to put a quality product on the field. When it comes to the health of players, keeping them on the field should be the league’s priority, even if that means questioning long-held beliefs.

“While it’s easy to be fearful of introducing change, the NFL has flourished time and time again when steps were taken to evolve the game,” Tretter noted. “Football is at its best when we have healthy players playing at their best. To make that a reality, we will continue to challenge preconceived notions about how football must be run in order to optimize player health. When we hopefully complete the current season, we will have to take a hard look at what forced and temporary changes should be made permanent.”