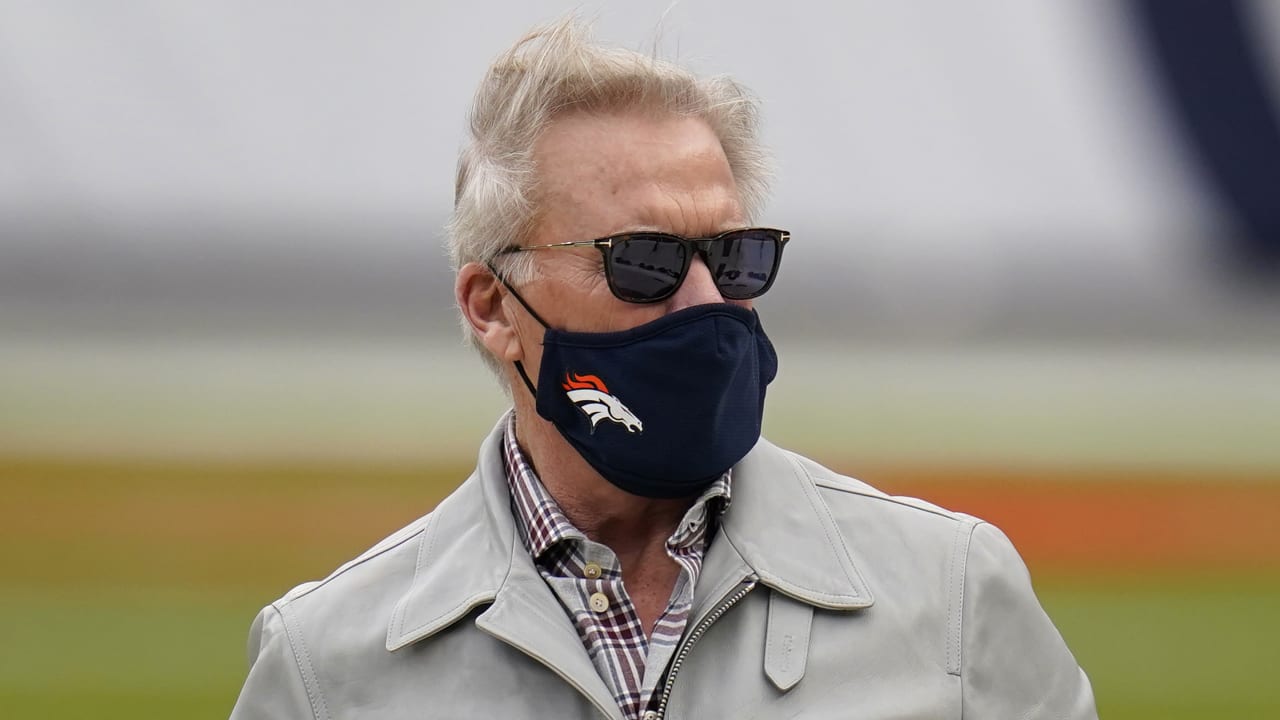 John Elway will turn over the Denver Broncos’ day-to-day operations to a full-time general manager in 2021.

The longtime general manager and president of football operations, Elway announced Monday he would hire a GM with full authority to oversee the personnel and football department.

Both the GM and coach Vic Fangio will report to Elway.

“Working in this role for the last 10 years and going back to my playing days, I’ve always tried to do everything I can to help the Broncos win and get better,” Elway said in a statement. “As part of a transition I’ve thought about for a long time, I have made the decision to step up into an elevated role and hire a general manager to lead our personnel and football staff.

“While I’ll continue to be President of Football Operations in 2021, the GM will have final say on the draft, free agency and our roster. This person will be empowered to make all football decisions, working in partnership with Vic.

“I will be there to support our GM and Vic, providing my perspective, helping with the big decisions and being a sounding board whenever needed. With all that goes into the day-to-day responsibilities of a GM and how the job has grown, this structure will set us up for success and allow me to focus on the big picture.

“This is a great place with all the resources to win. We have a lot of good people on the football side, and I’ll be there for them in any way possible.

“The relationship between the GM and Head Coach is very important – Vic is going to be involved in this hiring process. We’ll cast a wide net, and I will start the search immediately with input from Vic and Joe [Ellis].

“I’m excited to begin this chapter and find the next general manager of the Denver Broncos.”

It’s pretty smooth of Elway to promote himself “up into an elevated role” that presumably will take the heat off himself for the Broncos’ recent struggles.

Elway previously worked with a GM when he first joined the Broncos in 2011 as the director of player personnel, alongside Brian Xanders, before taking on the EVP and GM roles.

The Hall of Fame QB got off to a hot start as an executive with five straight division titles. Ending the Tim Tebow era, Elway recruited Peyton Manning, which led to postseason success, including two AFC Championships and a Super Bowl win. Elway’s .565 winning percentage (96-74) ranks fourth in the NFL among current general managers.

Since Manning retired, however, it’s been a steep downhill for the Rocky Mountain Club. Battered by injuries and unable to find stability at the QB spot, the Broncos have suffered four straight losing seasons. It appeared Elway might have finally hit on a QB with Drew Lock﻿, who flashed in his final five games as a rookie. However, the signal-caller regressed this season, turning the ball over at a high rate, missing too many throws, employed messy mechanics, and struggled with consistency.

Lock’s ultimate fate will presumably fall to the next GM.

Matt Russell, who has worked alongside Elway for the past 10 years, and currently holds the title of VP of player personnel, was offered the chance to interview for the GM role. Russell declined and will instead retire to spend time with his family, per the Broncos.

During his stint running the show in Denver, Elway has brought in a trove of talented players. Many like Von Miller﻿, Justin Simmons﻿, Bradley Chubb﻿, Courtland Sutton﻿, Phillip Lindsay﻿, and other promising youngsters remain on the roster. Denver’s roster is not a barren landscape, thanks in part to Elway.

However, getting Denver back to the mountain top will now fall to a new GM for the first time in a decade.

Hale Hentges following his opportunities in football and beyond – AL.com