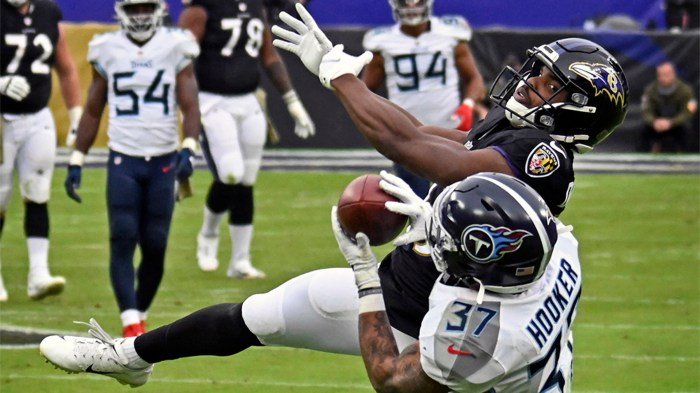 A fascinating — and sometimes-chaotic — NFL regular season is in the books, and the NFL postseason is upon us … complete with a couple of extra playoff teams this year (hi, Bears and Colts). Looking ahead to the opening weekend, we’ll assess each matchup using our Elo ratings — which track each team’s current form, with adjustments for the quality of each starting quarterback — and also identify the phases of the game in which each team was best (and worst) according to ESPN’s expected points added<a class="espn-footnote-link" data-footnote-id="1" href="https://fivethirtyeight.com/features/our-guide-to-the-nfls-wide-open-wild-card-weekend/#fn-1" data-footnote-content="

Adjusted for strength of schedule by comparing an opponent’s EPA performance against the team in question with how it played against every other team on its schedule.

“>1 (EPA) this season. Here is our guide to the good, the bad and the must-see for each matchup in the wild-card round:

Saturday’s biggest mismatch sees the red-hot Bills host a Colts team that needed help from Buffalo — when it crushed Miami on Sunday — to make the playoffs at all. The Bills have won six straight and nine of their past 10 games by an average of nearly two touchdowns per game. QB Josh Allen finished the regular season ranked third (behind Aaron Rodgers and Patrick Mahomes) in ESPN’s Total QBR, and he has never rated higher in his career than the past few weeks, according to our QB Elo metric. So while Indy quarterback Philip Rivers had a decent year, he and the Colts can’t match Buffalo’s offensive firepower. But one thing the Colts do have is the superior defense — ranking eighth in EPA, to Buffalo’s No. 16 — which offers them the best blueprint for an upset. Playing in Orchard Park, though, the Bills are heavy favorites here, with a 76 percent chance of moving on to Round 2. Elo’s spread: Buffalo -8

If both of these teams were at full power, this would be a compelling battle of strengths versus strengths and weaknesses versus weaknesses. Seattle’s offense ranks fifth in EPA, but L.A.’s defense ranks No. 1; meanwhile, the Rams’ offense ranks 19th, but the Seahawks’ defense ranks 22nd. In splitting the season series, we saw each team’s weak link elevate its performance en route to the win. But the biggest factor here is the health of Rams QB Jared Goff, who might not recover from his recent thumb surgery in time to play. Although Goff is hardly a great passer, Los Angeles’s win probability drops by 18 percentage points if backup John Wolford is forced to start again. The low-scoring recipe Wolford followed to victory in Week 17 probably won’t be sustainable against Russell Wilson and company, which helps account for Seattle’s elevated odds. Elo’s spread: Seattle -7

Although things could have been even worse, the NFC East yielded just the second 7-9 team to ever win a division in the form of this Washington outfit. Their reward is a home playoff game, yes, but one against a Tampa Bay team that has been among the hottest in the NFL over the past month. At age 43 this season, Tom Brady posted his best Total QBR since 2016, leading the league’s fourth-best passing attack by EPA. And the Bucs’ defense was even better, ranking third in EPA overall and among the top six against both the run and pass. (Which was a big reason for Tampa’s fourth-best point differential in the league this year.) Football Team has a great defense of its own (No. 4 in EPA), which might help slow Brady down some, but Alex Smith and Washington’s offense should struggle mightily to score against the Buccaneers. Our model gives Tampa Bay a 71 percent chance of moving Brady that much closer to his seventh Super Bowl ring. Elo’s spread: Tampa Bay -6

This is easily the best and most compelling matchup of wild-card weekend. Tennessee upended Baltimore’s storybook season in last year’s playoffs, and the Titans won an OT thriller when the two teams met in November. So there’s a lot of history here. And though they play with different styles,<a class="espn-footnote-link" data-footnote-id="2" href="https://fivethirtyeight.com/features/our-guide-to-the-nfls-wide-open-wild-card-weekend/#fn-2" data-footnote-content="

“>2 both teams strike an unusually run-heavy offensive profile, finishing Nos. 1 and 2 in rushing yards per game this season. On paper, the big difference between the Titans and Ravens might simply come down to defense, where Baltimore ranks sixth in EPA and Tennessee ranks 27th this year. Then again, that didn’t seem to matter much in the previous two duels — when the Titans’ defense dramatically outplayed that of the Ravens, +1.4 EPA per game to -12.1. In those contests, we saw Tennessee both jump out to a significant lead and overcome a significant deficit, so the Ravens have yet to quite crack the formula for defeating their nemesis. But our model still likes them for the win on the road Sunday, with a 57 percent chance of finally earning their first playoff victory of the Lamar Jackson Era. Elo’s spread: Baltimore -2

In the AFC, an 8-8 record would have finished three games out of the postseason. But in the NFC, it earned Chicago a playoff berth on a tiebreaker over the equally mediocre Arizona Cardinals. Now, the Bears must travel to New Orleans and face a Saints team that looks as scary as anybody in the conference on paper. How can the Bears pull off the upset? Chicago’s seventh-ranked EPA defense could pose a threat to Drew Brees and the Saints offense, particularly if Swiss Army knife running back Alvin Kamara is unavailable due to a positive COVID-19 test. (Though New Orleans ran the ball fine without him in Week 17.) Embattled QB Mitchell Trubisky has strung together four above-average starts in his past five games, sustaining perhaps his best stretch of play since making the Pro Bowl in 2018. The Nick Foles-led Bears even hung tough with the Saints back in Week 8. But the Saints, who had the best SRS in the entire league during the regular season, probably have too much talent for an upset to be much more than a far-fetched notion here. Elo gives New Orleans a comfortable 85 percent chance of advancing to face the NFC’s second-worst remaining seed. Elo’s spread: New Orleans -12

Congrats are in order for the Browns — their struggles once defied all logic, but they are now headed to the playoffs for the first time in 18 years. And a win in their postseason opener, against the bitter rival Steelers, is not out of reach. Though Pittsburgh impressed with a comeback over the Colts in its last real outing — then took a much-needed week of rest — its late-season form bore little resemblance to the version that blew out Cleveland 38-7 in Week 6. All told, Ben Roethlisberger and the Steelers finished the regular season at No. 22 in offensive EPA, with Baker Mayfield and the Browns ranking much higher (11th). That and Mayfield’s recent stretch of improved play — four above-average Elo starts in five games — offer hope that Cleveland has the firepower to outgun Pittsburgh. But the Steelers’ defense is outstanding, ranking second in overall EPA and No. 1 specifically against the pass; any deep playoff run for them will be powered primarily by that side of the ball. Cleveland can’t say the same, with only the 26th-best defense by EPA. (And then there’s the matter of Browns coach Kevin Stefanski being unavailable for the game after testing positive for COVID-19.) All of that is enough for Pittsburgh to be favored here; our model gives the Steelers a 62 percent chance of holding off the Browns at home in the rematch. Elo’s spread: Pittsburgh -3½

Check out our latest NFL predictions.

N.F.L. Week 2 Predictions: Our Picks Against the Spread – The New York Times