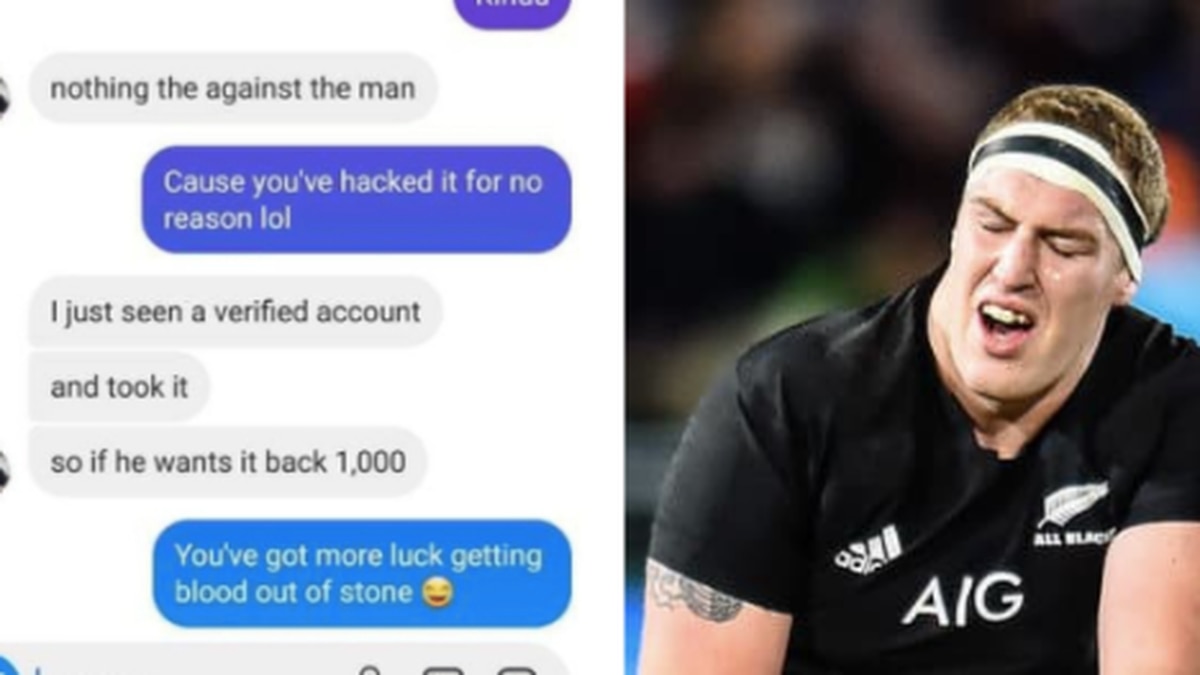 All Blacks player Brodie Retallick has recovered his personal Instagram account, despite refusing to pay a $1000 ransom request for hackers.

Retallick lost all his previous posts after it was taken over by hackers earlier this week, but has managed to stop hackers who accessed his account and tried to scam his followers by impersonating him and requesting money.

After gaining control of his verified account, hackers began posting messages on his Story in attempt to illicit transfers from Square’s payment processing tool Cash App. They also changed his profile image to two men holding stacks of cash, one holding a large stack over his shoulder.

All Black teammates were quick to warn followers that the player had been hacked.

“Big Brodie has been hacked so ignore his Stories people” before using a peace emoji to sign off and tagging the Instagram platform,” fellow All Black Beauden Barrett posted, urging fans not to fall for the scam.

In a post last night, Retallick told followers he has managed to recover his account, although he did not explain how.

“I’m back sorry team, got hacked the other day. Hopefully no one was misled by this person. Time for some new content. P.S please don’t hack me again,” he posted, alongside a screenshot of a chat showing the hacker demanding a $1000 ransom.

In the chat posted by the player, the hacker admits they have “nothing against the man” but, “just saw a verified account and took it”.

The hacker then says that, if Retallick wants his account back, it costs “1000” – presumably $1000 to which the other person messaging responds with: “you’ve got more luck getting blood out of stone”.

In the comments, a follower said they hope he’s picked “a better password than password123 this time”, to which Retallick replied with “12345 now”.

Retallick joins Springbok Number 8 Duane Vermeulen as high-profile rugby players who have been hacked recently. Vermeulen had his social media accounts taken over after clicking through a malicious link, and was blackmailed in order to get them back.