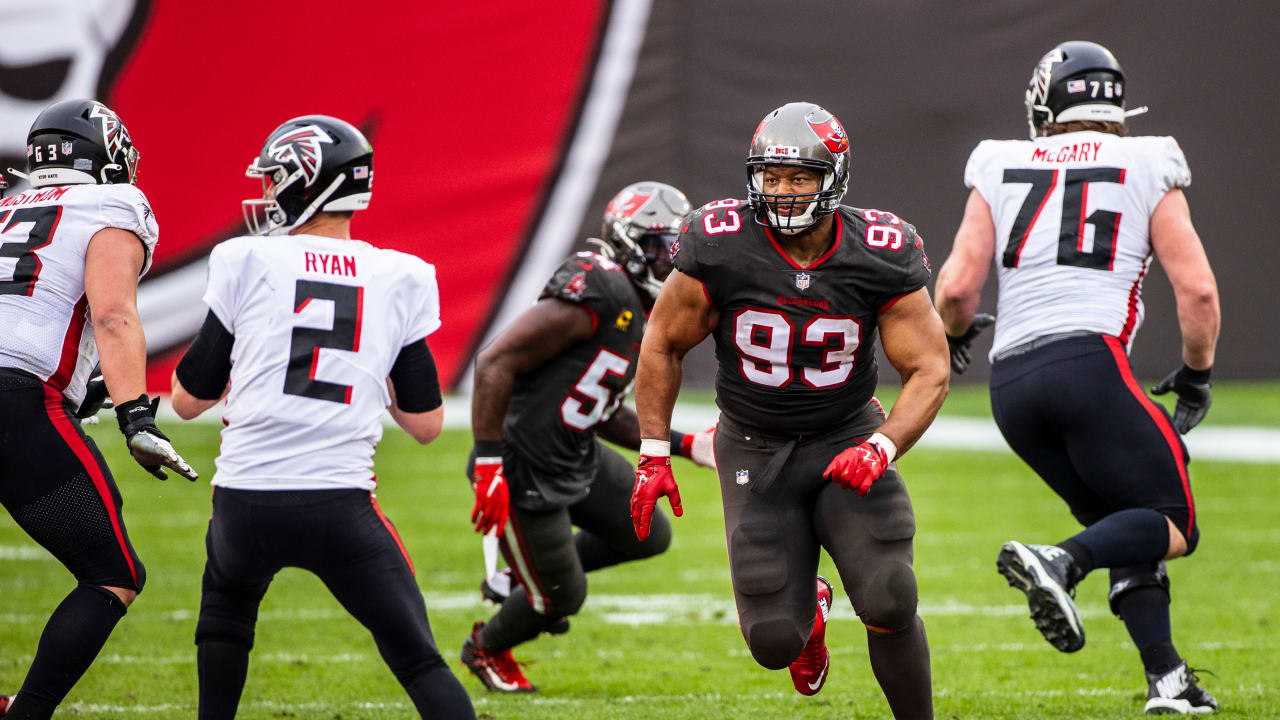 The Buccaneers have punched their ticket to the postseason and will be traveling to Washing to take on the Football Team in the Wild Card round this Saturday night. Washington is coming into the game with a 7-9 record but has the league’s second-ranked defense that will aim to stop the league’s third-ranked scoring defense.

To see how that could play out, Scott Smith has you covered.

Not far behind Washington’s defensive metrics sit the Buccaneers. Let’s examine what the Bucs have done well this year on that side of the ball to further understand how they may match up with the NFC East division winners come primetime this weekend.

After inheriting the league’s 27th-ranked defense at the start of 2019, Defensive Coordinator Todd Bowles has completely reimagined his unit and it’s safe to say, brought hard-nosed, defensive football back to the Bay. The Bucs currently sit as the sixth-ranked defense, going off yards per game, allowing an average of just 327.1. In particular, the Bucs have the league’s best rushing defense for the second year in a row, allowing just 80.6 yards a game this season.

It’s thanks largely to one of the best front sevens in the league, with stout run defenders like defensive lineman Will Gholston and tackle-for-loss king Lavonte David. Since the start of the 2019 season, the Bucs have allowed the fewest yards per game on the ground with an average of 77.2 and the fewest yards per rush with opponents averaging just 3.43 yards per carry in the same span.

How does the Football Team fare on the ground, you ask? Statistically, not great. They rank 26th in rushing offense, averaging 100.7 yards per game. But there’s more to it than just the numbers. As Bowles pointed out today, both running backs Antonio Gibson and J.D. McKissic used to be receivers, so they can create matchup issues that way. Gibson has 11 rushing touchdowns this season as a rookie. In fact, Head Coach Bruce Arians said that the Bucs almost drafted Gibson in the second round. They instead went with Antoine Winfield Jr. and I think it worked out for everyone in the end. Washington also has former Buccaneer Peyton Barber, who himself has four rushing touchdowns this season and he’s played in all 16 games for the Football Team. You don’t want to give quarterback Alex Smith a reliable ground game to work with, either. You want to put him under as much pressure as possible to do it on his own.

Searching for the next Clemson – Who can become college football’s next superpower? – ESPN

Ohio State football: How NIL deals will affect play on the field – Scarlet and Game