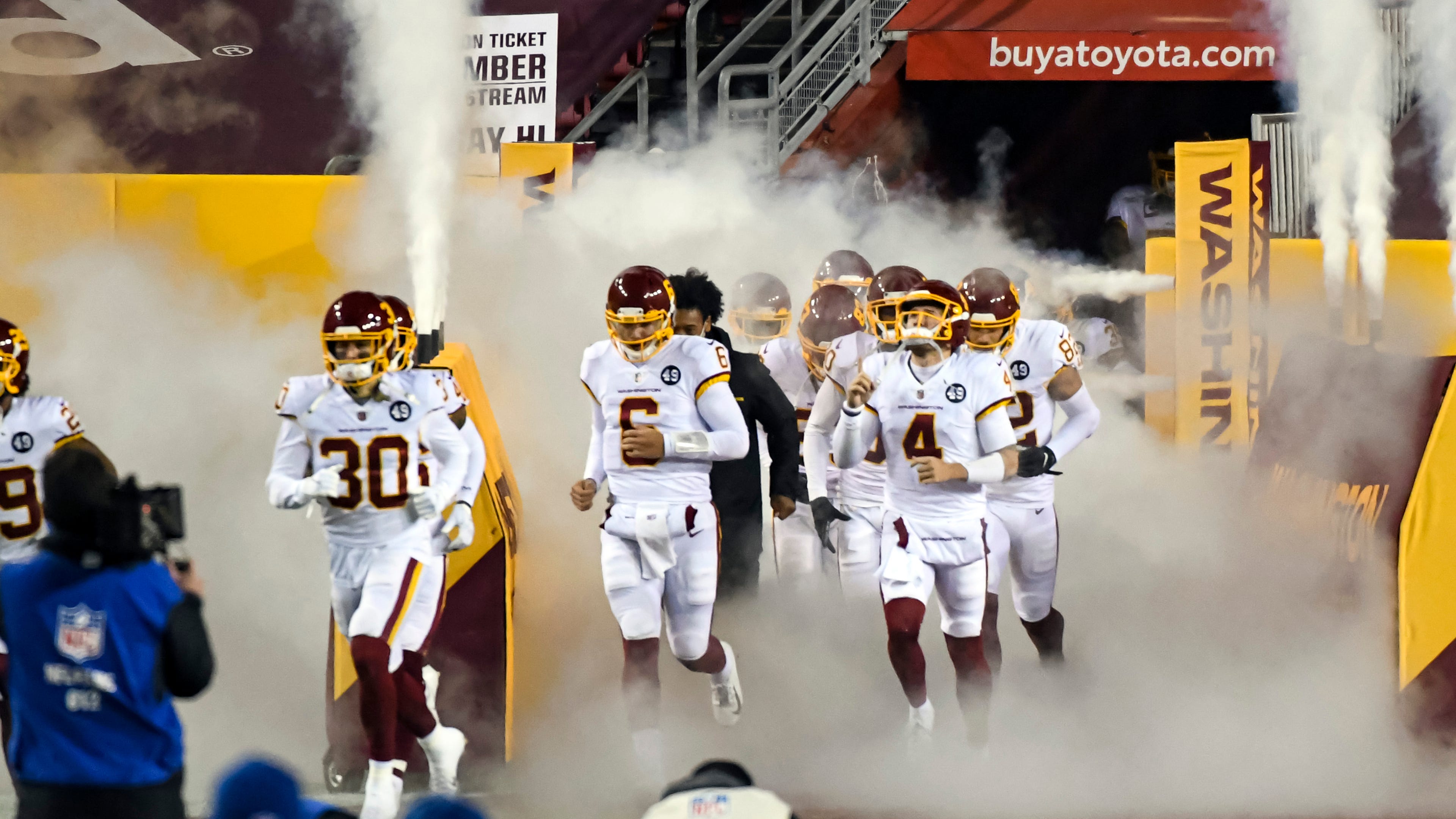 The Washington Football Team will keep its long-hold color scheme of burgundy and gold whenever it decides on a new team name.

In an interview with 106.7 The Fan’s Grant Paulsen and Danny Rouhier on Thursday, Washington team president Jason Wright revealed a number of details surrounding the ongoing name exploration, which is expected to continue through the 2021 NFL season.

“A few things are starting to come clear,” he said. “Number one, burgundy and gold should never change, period. That is a core aspect of the identity of this team and we know it is important, from all this research as well, to make sure we don’t feel like an expansion club and we’re tied to the history. We have to keep the burgundy and gold as the centerpiece of all of this.”

It Needs To Have An Edge

“The last one was that they wanted a sense of aggression, of boldness, of edginess,” Wright said. “Not just on the field — they certainly want that on the field and I would say we have that, most certainly — but also in what we do off the field, in our marketing approach, in our off-field persona, in the way that we think about business operations and crafting the fan experience. We are a strong fanbase that is proud, that isn’t soft, that we like to think of ourselves a little bit rough around the edges, and I think that’s right. And those things need to be expressed in whatever identity we land on.”

“I have some, we’ll call them entrepreneurial family members. You know the cousins that would make the silkscreen like Tupac t-shirts that they’d sell at the mall for $5. You know what I’m saying? And if we release a name before we have trademarking buttoned up, and logos done and have worked with Nike and the league to have everything approved…”

“The NFL’s pretty tight with this stuff,” he continued. “Other leagues are a bit more free-flow with merchandise and things like that. If we do all that before that’s buttoned up, we’re gonna have a bunch of versions of my cousins’ bootlegged, knock-off stuff released. And if we’ve heard one thing from our fanbase, it’s that they want us to be professional, they want this to be buttoned-up, they want this new moniker to be a source of pride.”

“And so the way that we launch — being buttoned up, making sure it is the proper launch, all of that — is incredibly important and there is literally no way to do that before next season,” he said. “Just with all the milestones they’ve already passed, we would have had to have done it earlier this year to be able to have it ready for next season.

“But even if we have the name, we’re gonna roll it out in the right way that represents you all properly, and so, while we might have it before next season, we’ll announce it at exactly the right time, when all that stuff is buttoned up.”

Listen to the interview at the 13-minute mark below.