Be it gaining weight or shedding timber, body composition is never far from the mind of a professional rugby player.

While some genetically gifted players easily maintain their rugby ‘fighting weight’, for others it’s a battle either to keep their weight up or stop it from ballooning out of control.

Bodyweight can become an all-consuming obsession for some players, and depending on what league or coach they are playing under, huge pressure can be placed on them to meet expectations around their physiques.

“I used to eat loads when I was playing because I was always trying to keep weight on, I was always trying to be bigger as a rugby player and probably, since I retired I eat about 25 per cent of what I used to eat,” said legendary Ireland second row Paul O’Connell, who hung up his boots in 2016. The Irishman had had to fight hard to maintain his 111kg frame during his playing career.

Fellow lock Courtney Lawes tells a similar story of battling to get his weight up. “I struggle to put size on and my fat never goes up regardless of what I eat,” Lawes said in 2019. “It’s not ideal when you want to be 117kg and you can’t get past 115kg. It’s just genetics. A bit bigger would be great, but I can work at my weight of 115kg.”

For others it’s a case of keeping their weight under control. Just this week Harlequins scrumhalf Scott Steele told RugbyPass how ballooning up to 94kg ultimately saw him lose his contract at London Irish, after a lack of fitness saw his performances fall off. “I used to go in to training every Monday and make sure no-one was looking at the scales when I was weighing in.”

Likewise, Scotland prop Jamie Bhatti told RugbyPass last month that pressure around getting his body weight down to 118kg left him unhappy and eager to leave Edinburgh. “Cockers told me if I got down to 118kg he’d start me. On a Sunday night, I would go and sauna for an hour, not eat afterwards, then sauna again on Monday morning, go into training dehydrated to hell just so my bodyweight would look right on paper.

“I wasn’t obsessive, but you knew the s**t you’d get if you went in a couple of kilos out. I won’t name names, but there were other boys in there the same as me – up in the gym doing a wattbike or cross-trainer session at 6am on Monday mornings, then an hour in the sauna, so you’re weighing in alright.”

Below we’ve put together a list of some of rugby’s biggest physical transformations. Naturally, the most significant changes in a player’s physique tends to occur in the initial years of a players career upon entry into the club and regional academies. Even allowing for that for caveat, some of the transformations up and down have been jaw-dropping.

JOSUA TUISOVA – 91kg to 113kg
It may shock some to learn that when Tuisova first arrived for Toulon, he was knocking around the 90kg mark. That bodyweight is very much in the rearview mirror at this stage, with the Fijian wrecking ball now listed at 113kg at Lyon. The 26-year-old is barely recognizable from the fresh-faced teenager that signed for Toulon in 2013. 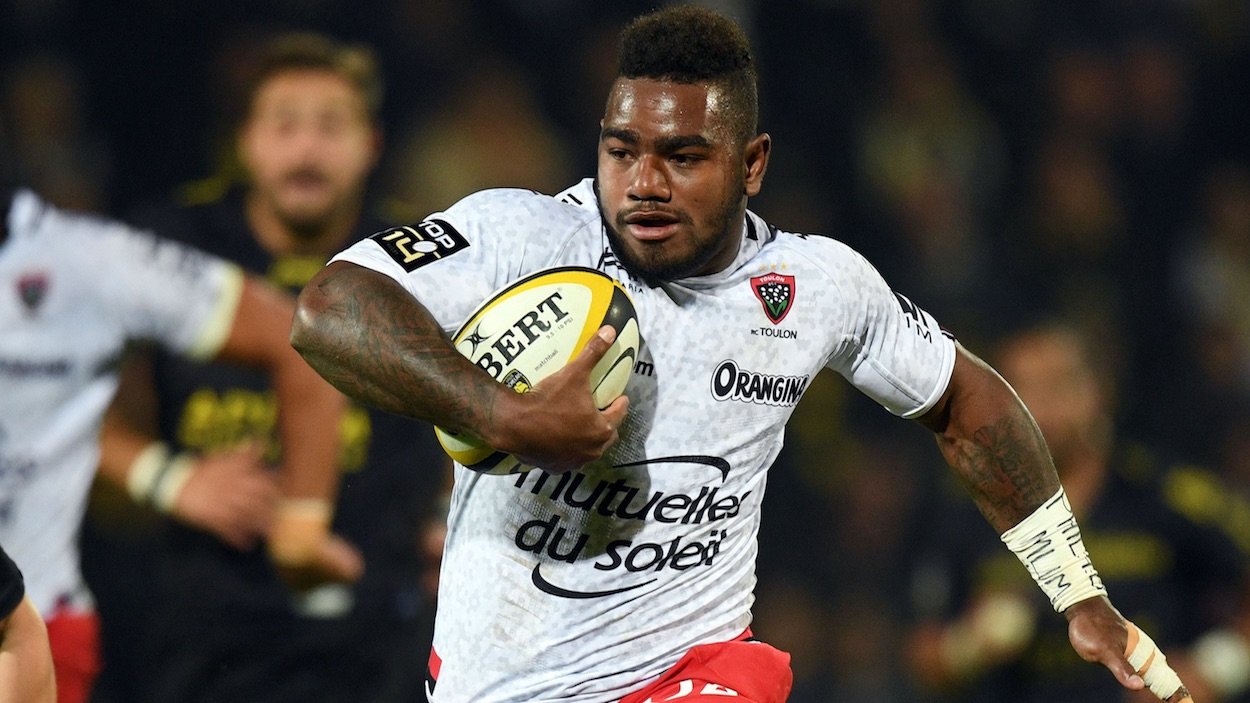 MATHIEU BASTAREAUD – 110kg to 130kg
He’s always been built like a brick outhouse but Basta’s generously proportioned frame has blown up significantly since he first broke onto the professional rugby circuit. When a relatively svelt Bastareaud appeared in the centre for France U20s in 2008, he was 110kg. Now a No.8 at Lyon, he’s listed at 125kg, although he’s understood to have been around the 130kg mark with the RUNY during his short stint in the MLR.

GEORGE KRUIS – 92kg to 123kg
6’6 George Kruis was just 92kg when turned up at the Saracens academy. In the following seasons he managed to bulk up considerably before eventually going on to star for England. According to his Panasonic Wild Knights bio, he now weighs in 31kg heavier at 123kg (19st 6Ibs). 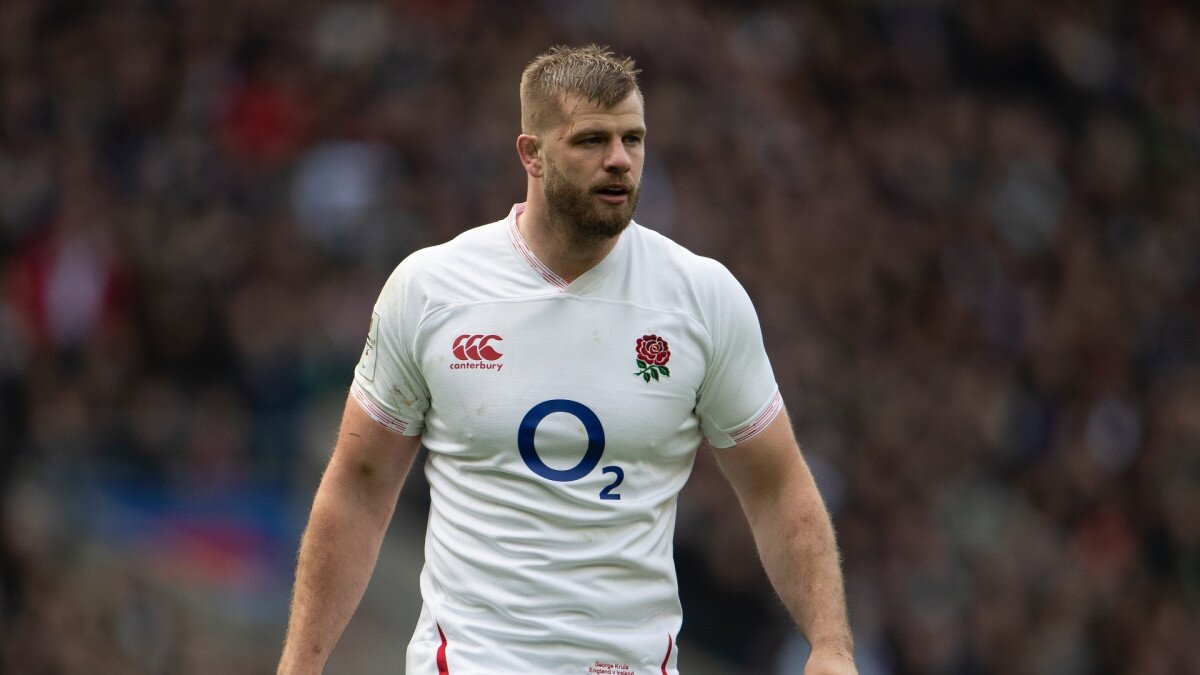 (Photo by Visionhaus via Getty)

DONNACHA RYAN – 93kg to 115kg
When 6’7 Donnacha Ryan started out in the Munster he was only a few kilos north of 90kg and was told to hit the weights and to bulk by their S and C department. In interview Ryan admitted that at one stage he was stripped naked and weighed without his kit to see if could hit the 100kg mark, which he couldn’t. Now at Racing 92, Ryan is approximately 20kg heavier at 115kg, which makes him the second heaviest of their relatively athletic second-row stable.

BRIAN MUJATI – 123kg to 102kg
Mujati went the opposite way towards the end of his time at Racing 92. At one point in time at Northampton Saints the tighthead was tipping around 125kg, but a fascination with bodybuilding and counting his ‘macros’ saw the Zimbabwean shed roughly 20kg, at one point taking the field at just 103kg. Now retired, he weighs in the region of 109kg according to his social media.

JACOB STOCKDALE – 93 to 107kg
When Ireland wing Jacob Stockdale joined Ulster from Wallace High School he went on a weight-gaining run that saw him pack on two stone in his first season. “In my first year out of school, I put on about 14 or 15 kilos,” Stockdale told Sports Joe in 2018 So I went from 93 kilos to about 107 and I was far too heavy at that point. I had to strip back a wee bit.” He’s now listed at 103.1kg.

LUTHER BURRELL – 112kg to 101kg
When Burrell returned to rugby league with Warrington Wolves he shed 11kg to cope with the faster pace of the thirteen-man code. “I was a lot heavier when I played union the first time round – somewhere around 112kg – and I dropped down to around 101-ish,” said Burrell, who signed for Newcastle Falcons in 2020. “I’m now up to 104kg, which I think is going to be my ideal size.”

TIMOCI NAGUSA – 88kg to 106kg
When a 20-year-old Nagusa rocked up to Ulster Rugby in 2008 it was as a relatively light, super-fast 88kg. His fine form was rewarded when Montpellier signed him to France, where weight-training combined with the French lifestyle and diet saw him balloon up to 106kg at his heaviest. Now at Grenoble, his bio hasn’t yet been updated but he’s thought to be around the 100kg mark.

WILL SKELTON – 148kg to 125kg
At 6’8 and 148kg, Will Skelton was one of the biggest bodies in professional rugby. The outsized Australian made the decision while at Saracens to cut his weight in a bid to become more mobile, losing 12kg of bodyweight at the London club. “I was 148kgs and I’m now 135kg at the moment and I have more bounce on the field and feel I can do more on the pitch. This is the best shape and best I have ever felt.” Skelton’s now listed at 125kg on La Rochelle’s website.

RUPENI CAUCAUNIBUCA – 95kg to 118kg
The great Caucau stunned the world with his pace and explosive acceleration at the 2003 Rugby World Cup. When he left the Auckland Blues for France in 2004, his off-field lifestyle began to catch up with him. At Agen he was listed at 105kg, but when he played for Toulouse was said to weigh 118kg, leading to the moniker: ‘The world’s fastest prop’. It must be pointed out that despite 23kg of added body mass, he was still impossibly athletic. 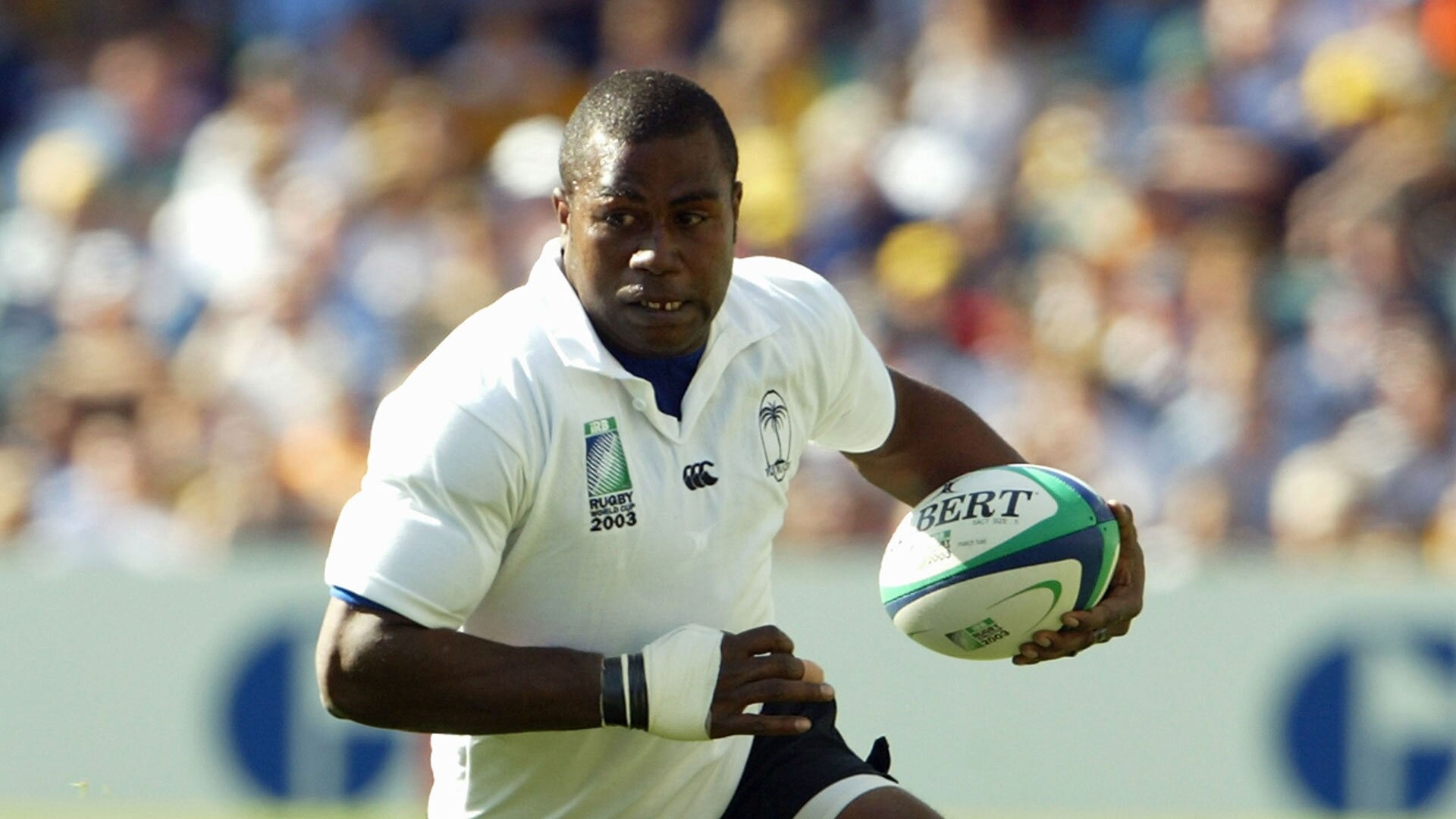 BEN TAMEIFUNA – 166kg to 146kg
When Big Ben returned to Racing 92 after the 2019 Rugby World Cup, he was reported to be 166kg, or 26 stone in old money. Management told him to lose weight or leave the club and that’s what he did. In September, 2020 Tameifuna told RugbyPass: “I’m down to 146kg today, which is pretty much what I was when I came to France my first season.”

KARL TU’INUKUAFE – 170kg to 135kg
Another dramatic weight loss story, Karl Tu’inukuafe was a depressed 27 stone bouncer when a New Zealand doctor told him he was going to die if he didn’t lose weight. He took the doctor at their word and returned to play rugby to ‘get fit’. Getting fit apparently included becoming an All Black in 2018, via Narbonne, the Chiefs and the Auckland Blues.

England’s Ellis Genge: rugby union needs to get with it to prosper – The Guardian